At 19, Reena had already experienced a lifetime of misery. When she was 15, her Muslim mother prostituted her for income. Reena ran away with a Hindu boy, but things didn’t get any better. She finally escaped his abuse, but now she was six months pregnant and on the street with no prospects.

Throughout India, millions of women suffer similar abuse. Poor villagers send their daughters away with well-dressed strangers who promise employment but deliver imprisonment in the brothels. According to Hindu culture, the downtrodden are simply suffering karma—payback for sins from a previous life. Why help them?

Adam McNutt knows why we should help. Human beings are made in the image of God, and He gives us value that no abuse can tarnish. In 2013, while Adam and his wife, Leslie, were working with rescued girls and local pastors in Southeast Asia, God burdened them to do more. Adam established Set Them Free International to rescue girls and young women who have become trapped in the $32 billion human trafficking industry.

Adam partners with another ministry, Rahab’s Rope, to provide safe homes throughout India. The homes offer food, clothing, shelter, education, and medical care for girls. Some are rescued from India’s brothels, and others are orphans from the streets. Most importantly, the homes teach the girls about God’s Word and freedom and redemption in Christ.

Growing up under Hindu beliefs, which do not teach that women are made in God’s image, these women are overwhelmed when they learn that the God who spoke the universe into existence is their Maker and Savior.

Adam explains why teaching biblical creation is so vital in India. The people need to understand that God’s revelation begins in Genesis, with His power revealed in the miracle of creation. “If we can’t trust Genesis, how can we trust anything God says? We can’t cheat ourselves out of God’s ability to do miracles.”

Hindu gods are cruel. But the true Creator was willing to sacrifice Himself for sinners, including downtrodden women.

Reena is a product of that great love. During her time in the safe house, she received education and medical care, and she gave birth to a daughter, Esther. Most important, Reena experienced new birth in Christ. Today she is married to a good Christian man, and in all His bountiful blessings God is expanding their family. 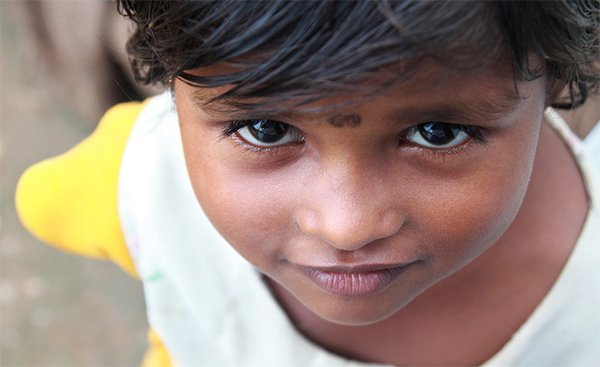 The Right Mindset for Reaching Hindus

More than two million Hindus live in the United States. How can we effectively present Christ to people whose religion is so foreign to Christianity?

To learn more about Set Them Free Now and how you can participate in this ministry, visit www.setthemfreenow.org

Previous Article Why Do Christians Care So Much About Creation? Next Article An Interview with Dr. Woodrow Kroll—Bible Literacy Begins in Genesis