Are Birds Evolving in Just Decades? 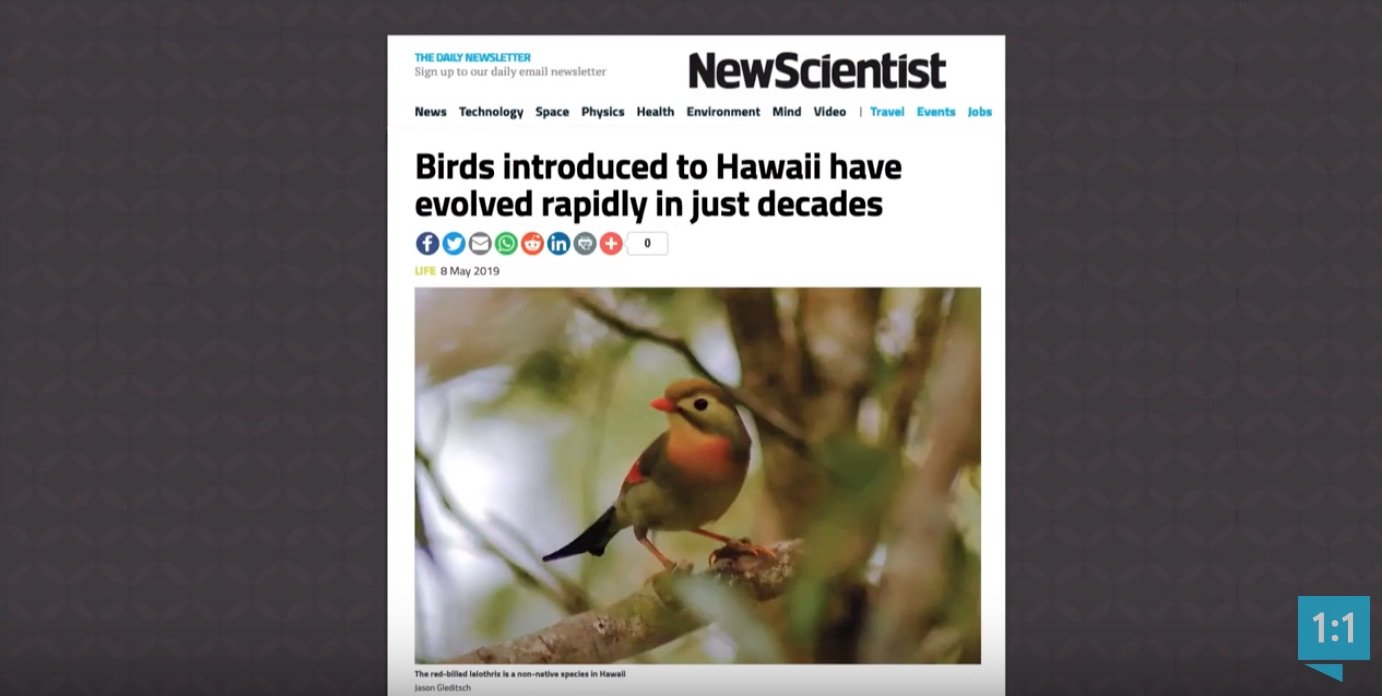 We constantly see headlines proclaiming the “rapid evolution” of one species or another. The latest one announced the so-called “rapid evolution” of bird species in the tropical island paradise of Hawaii. It’s happening so fast, they describe it as “a blistering pace” of evolution. But, like all the other supposed “rapid evolution” articles, there’s no evolution taking place—just changes based on the genetic diversity that likely already existed in the living thing.

The popular article summarizing the research explains that non-native birds are replacing the now extinct species previously native to Hawaii. These birds have quickly filled the niches left open by the disappearance of previous species. When researchers compared birds that now live on the islands with museum specimens collected from their native ranges, they noted some differences in size, including shorter legs in two species, and larger, thicker bills, shorter wings, and longer tails in most of the species.

This so-called “evolution” has taken place in just 50–90 years. One of the authors of the study commented, “Evolution is typically thought to occur over millennia . . . We’re talking about ten to twenty generations at most.”

They are unsure if these changes are caused by adaptation to the new environment, the “founder effect” (reduced genetic diversity due to a small founding population), or if it is a consequence of the birds feeding on non-native plants—or a combination of any of these. But, regardless, what researchers are observing is not evolution. It’s just variation within a “kind.”

No new information for new structures or functions has been added to the DNA of these various bird species, something that’s required for molecules-to-man evolution.

No new information for new structures or functions has been added to the DNA of these various bird species, something that’s required for molecules-to-man evolution. They are simply exhibiting some of the variety God built into their DNA. The writers may throw around the word evolution and claim these birds are evolving, but they haven’t demonstrated any such thing. They’ve merely observed small changes that resulted from information already present in the DNA.

In his wisdom, God created each kind with an incredible amount of variability in their DNA. This allows kinds to adapt to changing environments and thrive in our sin-cursed world. But it’s not evolution—no new information is added, and each kind reproduces within its kind, just as we’d expect, starting with Genesis.

I discussed this item today on Answers News with cohost Dr. Georgia Purdom and guest Roger Patterson, a former public school teacher and now a curriculum writer for our Answers Bible Curriculum. Answers News is our twice-weekly news program filmed live before a studio audience here at the Creation Museum and broadcast on my Facebook page and the Answers in Genesis Facebook page. We also covered the following fascinating topics: