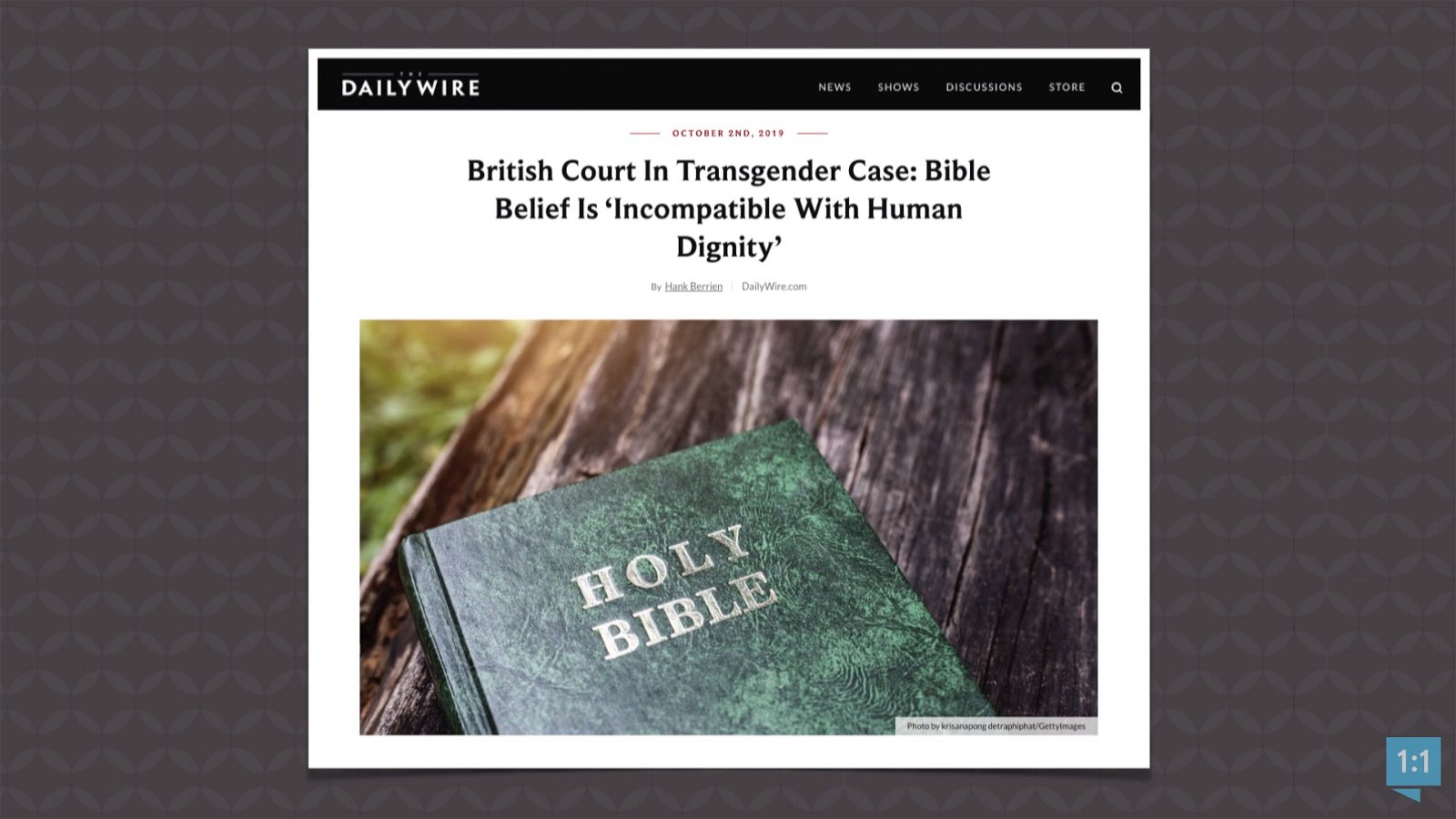 When it comes to the question of gender, God’s Word is clear, “So God created man in his own image . . . male and female he created them” (Genesis 1:27). God has created humans male and female. (A tiny percentage of people can have genetic issues in this fallen world, but that does not negate the created order.) Gender is not on a spectrum, men cannot become women, and women cannot become men. And that clear biblical teaching (which is also obvious from biology)—accepted by nearly everyone until very recently—has been declared “incompatible with human dignity” by a British court.

A Christian emergency doctor in the UK, Dr. David Mackereth, was fired for stating that, should the situation arise, he would not call a biological man a woman. In a court decision regarding his firing, the ruling declared:

Biblical beliefs, and the Christian faith itself, are now considered, by this British court, not “worthy of respect” (this is especially ironic considering Britain has a state church, the Church of England). So much for the message of tolerance and inclusivity that the culture supposedly prizes! They are only tolerant and inclusive of those who agree with them!

But this decision should not surprise us. There is a spiritual battle raging around us (Ephesians 6:12), and the divide between what is Christian and what is not is becoming increasingly blatant. Intolerance and hostility towards Christian and biblical beliefs is soaring, reminding us of what Jesus said,

We are thankful that Dr. Mackereth intends to appeal the courts’ decision, and we pray that the courts will recognize freedom of speech and freedom of religion.

One could see how judges could begin outlawing the Bible—yes, even in our Western world—if culture keeps spiraling down this anti-God direction.

I discussed the item today on Answers News with cohosts Avery Foley and Bodie Hodge. Answers News is our weekly news program filmed live before a studio audience here at the Creation Museum and broadcast on my Facebook page and the Answers in Genesis Facebook page. We also covered the following topics: