A Valentine’s Love Story . . . with a Poignant Twist

We look back on appreciation for Paul’s talent and ministry that will continue inside the museum.

In the Creation Museum, we have a number of detailed displays that present life-changing teachings from God’s Word. These truths are illustrated through sculptures, paintings, posters, videos, and even an occasional woodcarving. 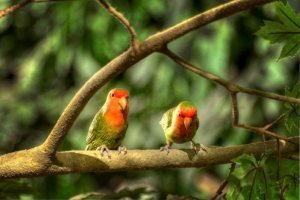 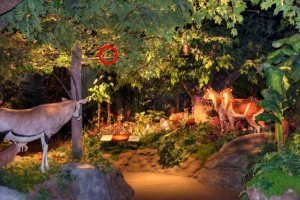 In our well-known museum exhibit “Adam Naming the Animals,” guests can see carvings of two lovebirds sitting on a tree limb.1 This entire scene depicts the perfect Garden of Eden. Further down a path, museum guests are shown a depiction of the effects of sin—suffering and death—on a once-perfect world. In this scene, high above the realistic and menacing raptor about to eat its prey, sits a single lovebird. The message is subtle: in a now-imperfect world, the bird's mate has died. That bird was carved by Paul Malott, who passed away recently and whose memorial service was held over the weekend. He leaves behind his beloved wife Cindy, a staff member of Answers in Genesis. 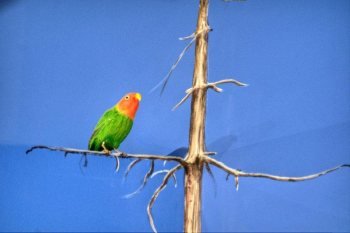 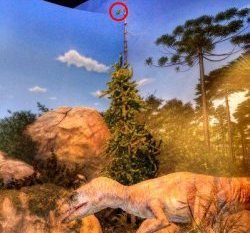 Paul, a volunteer and supporter of the Creation Museum, died after a battle with cancer. He fought the disease with the love and support of Cindy, who has become a key contributor to our Sunday school curriculum project (and was co-author with Ken Ham of the best-selling Answers Book for Kids series). As her husband, Paul knew much about the specialized apologetics teachings of AiG. After he sculpted the lovebird, the Creation Museum’s artistic team decided to place the single bird in the same scene as a dinosaur to show the creatures as contemporaries, helping to counter the evolutionist teaching that dinosaurs later evolved into birds.

As he battled the cancer, Paul repeatedly testified of Christ to hospital staff and his visitors. He shared about the power of Jesus Christ in this cursed world—and His power to heal believers either in this world or in heaven. Those who went to the hospital to encourage Paul came away encouraged themselves, especially as he shared about the number of opportunities he had through his ordeal to proclaim the gospel.

Even with the knowledge that her husband is in a better place, Cindy will be struggling on Valentine’s Day, and so we encourage you to lift her up in prayer. While we grieve with Cindy, we look back on appreciation for Paul’s talent and ministry that will continue inside the museum. And as Christians, we look forward to seeing him healed and whole again . . . in a perfect world. 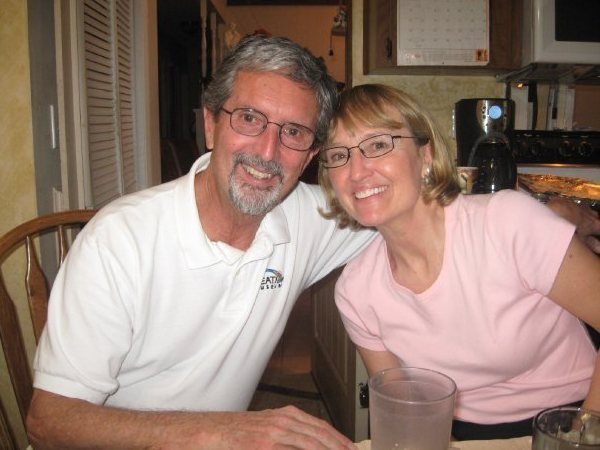 The two lovebirds: Paul (wearing a Creation Museum shirt) and his wife, Cindy.

To discover the answer to the often-asked question of why God allows suffering and death in this world, read this article by a medical doctor on our staff.

To read more about Paul’s life and his devotion to his Lord and His Word, read Ken Ham’s blog post for today.