The Costly Exercise of Religion 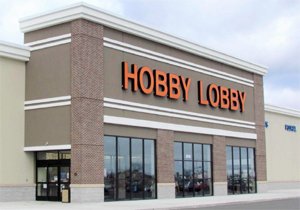 In June, a ruling was expected from the U.S. Supreme Court on the cases of Conestoga Wood Specialties and Hobby Lobby. The cases are about whether Obamacare’s HHS Abortion Pill Mandate can require Christian employers to provide abortion pills even though these businesses object to paying for the life-ending drugs. If the companies’ owners abide by their religious beliefs and refuse to pay for the drugs, the government uses devastating fines to punish them—$100 per employee per day—which would put most companies out of business. No one is denied access to the abortion pills; the issue is whether the government can force someone else to pay for them.

The government is actually arguing that Americans forfeit our religious freedom when we choose to open a business.

The companies have claimed that the Abortion Pill Mandate cannot be enforced against them because federal law, including First Amendment “free exercise” claims and the Religious Freedom Restoration Act of 1993, requires that the government cannot substantially burden the exercise of religion without passing a rigorous test. In response, the government argues, “Having chosen the secular, for-profit path, the company may not impose its owners’ religious beliefs on its employees.” But no one is “imposing religious beliefs.” The government is actually arguing that Americans forfeit our religious freedom when we choose to open a business.

The Supreme Court will determine whether all Americans—including job creators—can freely live according to their faith and honor God in their work or whether the government can intrude on a family business’s private moral decisions.

A decision in the businesses’ favor could help secure the free and full participation of people of faith in all areas of public life, including the marketplace, and remind all Christians of the need to remain vigilant against attacks on our right of conscience. A negative decision, on the other hand, would give the government the unprecedented power to force Americans to choose whether to follow their faith or to submit to unlawful and unprecedented governmental dictates.