Heartbreaking: 1 in 5 Babies Killed by Abortion in 2020 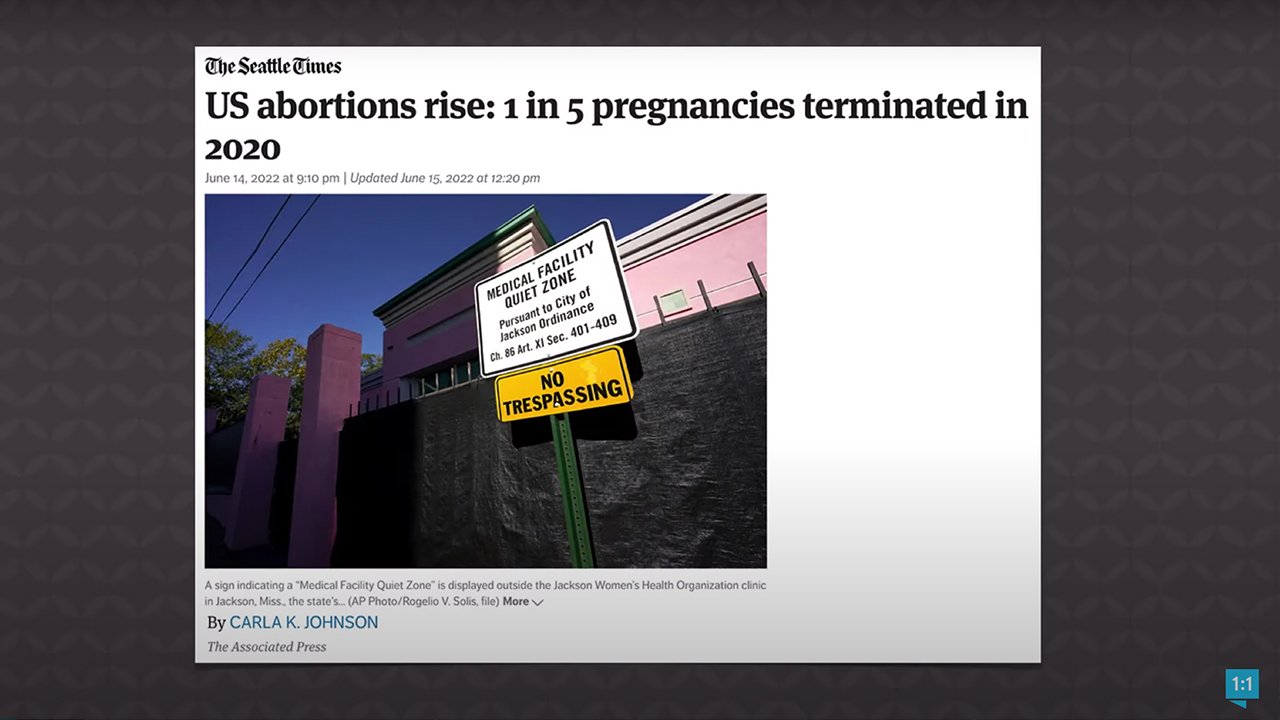 Many Christians are rejoicing over the Supreme Court ruling on June 24, 2022 that overturned the so-called constitutional right to an abortion. We praise the Lord for this ruling and pray that many states will choose to abolish abortion completely. And, just before this ruling was released, a new report came out from the pro-abortion group, the Guttmacher Institute, that serves as a horrifying reminder of how life-saving this SCOTUS ruling is.

Documented abortion rates have been declining, reaching their lowest point in 2017 since 1973 (when the disastrous Roe v. Wade decision was first decided)—but abortions are on the rise, with nearly one million babies (930,000) murdered in the United States in 2020.

Each of those deaths was a person, made in God’s image, whose life was ended for the convenience of another.

This is heartbreaking. Each of those deaths was a person, made in God’s image, whose life was ended for the convenience of another. That’s perhaps hundreds of thousands of women and men left hurting from a decision made from desperate or selfish motives—a decision they can’t undo (but a decision the gospel, praise our merciful Savior, can forgive and heal).

The article reporting on this rise in abortions, which was released before the recent SCOTUS decision, quoted one pro-death-for-babies advocate as saying, “The number of women obtaining abortions illustrates a need and ‘underscores just how devastating a Supreme Court decision is going to be for access to an absolutely vital service.’” It’s sickening to hear someone refer to the death of nearly a million children as an example of an “absolutely vital service.” God have mercy on this nation!

I believe what this really points out is the need for Christians to do four things:

Every human life is of infinite value.

Every human life is of infinite value. We must stand for the most vulnerable and work to make a mother’s womb the safe haven it should be, not a place for death and destruction.

Today the Supreme Court ruled on the Kennedy v. Bremerton School District case. Coach Joe Kennedy had been let go from his varsity football coaching duties because the school district believed his private prayer was a violation of the supposed “separation of church and state” clause.

But in a 6-3 decision, the Supreme Court strongly disagreed. Justice Neil Gorsuch wrote in the Court's opinion:

Here, a government entity sought to punish an individual for engaging in a brief, quiet, personal religious observance doubly protected by the Free Exercise and Free Speech Clauses of the First Amendment. And the only meaningful justification the government offered for its reprisal rested on a mistaken view that it had a duty to ferret out and suppress religious observances even as it allows comparable secular speech. The Constitution neither mandates nor tolerates that kind of discrimination.

Consequently the court agreed that the Washington state school district had violated the First Amendment rights of former high school football coach Joe Kennedy by firing him over post-game prayers from the field. The guarantee of the freedom of religion in the US Constitution’s 1st Amendment is not just a “private practice” but the free exercise of that religion, which includes corporate and public exercises of religion.

This item was discussed yesterday on Answers News with cohosts Dr. Kaia Kloster, Tim Chaffey, and Roger Patterson. Answers News is our twice-weekly news program filmed here at the Creation Museum and broadcast on my Facebook page and the Answers in Genesis Facebook page. We also covered the following topics: