The Phenomenal Economic Impact of the Ark and Creation Museum

AiG has been waiting for some time to see the mainstream secular media and anti-Christian bloggers report the truth concerning the economic impact of the Ark Encounter and Creation Museum and to report on the high number of guests visiting both attractions, bringing their tourist dollars into Kentucky.

On Facebook last week, I posted 2016 figures the Kentucky state government has released about tourism in Grant County, home to the life-size Ark. See the chart below. 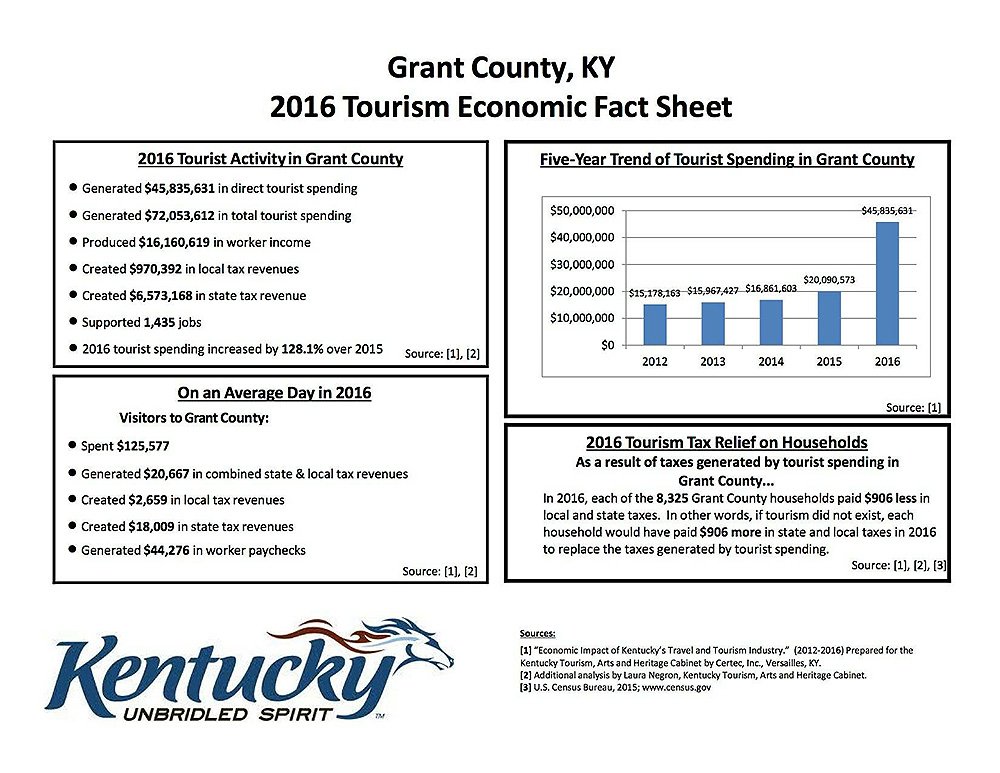 This year, 2017, will see even greater Ark numbers, as the massive ship will have gone through a full year of operation, including a busy spring break and a full summer vacation period that we didn't have in 2016.

Many of the secular media and secularist groups (like the Freedom from Religion Foundation) have spread untruths about the popularity of our themed attractions. Creation Museum attendance has more than tripled compared to the previous year, and for almost 10 years it has been having a significant economic impact on Northern Kentucky. How many of these groups (like the FFRF) are employing several hundred people and having a major economic impact in their region? None of them are. Yet these groups continue to malign and spread untruths about the Ark and museum. Why? Because we happen to operate Christian-themed attractions, and these secularists (and many in the media) are against the Christian message.

So when will the secular media and secularists tell the truth about the Ark and museum? Well, don't hold your breath! 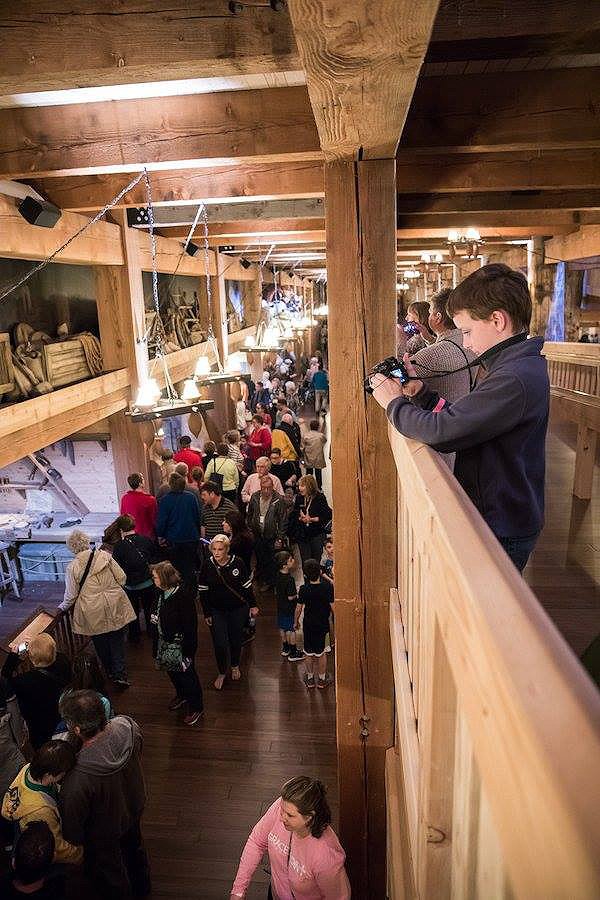 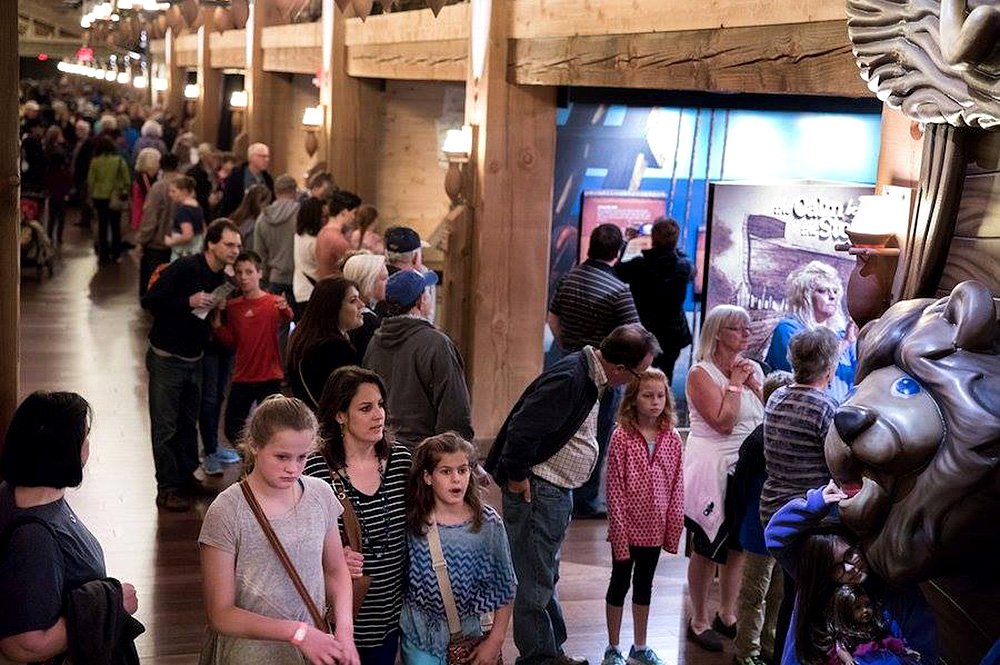 Now, some news reports have quoted an individual in Grant County who stated that in the town of Williamstown, the Ark's home base, there hasn't been much tourist activity. Secular media and bloggers pounced on the comment and have used it to try to downplay the Ark’s success. What was not reported, however, is that tourism-related businesses are booming in the rest of Grant County, such as in the city of Dry Ridge. Williamstown has very few services that cater to tourists.

Ark officials and I have had numerous conversations with several tour operators, business owners, restaurant personnel, tourism officials, and others, all the way from Dry Ridge up into Cincinnati, Ohio. They have all attested, including Grant County officials, to an outstanding increase in business traffic countywide, which they attribute almost exclusively to the Ark. Even places as far away as Paducah, Kentucky (about 5 hours to the west), have commented that they have experienced extra tourism and have dubbed it “the Ark effect.”

Unfortunately, when someone in the county publicly says something negative about one part of the region not experiencing major growth, many bloggers and media will pounce on that opinion and extrapolate it to represent the entire county. Sadly, it can have an impact on the way potential investors view possible development in the county, including Williamstown itself. Ultimately, this kind of naysaying harms Kentucky as they malign a successful themed attraction, where 90–95% of visitors come from outside Ohio, Indiana, and Kentucky and bring new money into the state.

I personally have spoken to several potential investors regarding their interest in building hotels and other tourism-related facilities that are desperately needed in Williamstown. We know of more development coming to Dry Ridge, just a few miles north of the Ark. In fact, three new hotels and two new restaurants are about to be built in Dry Ridge solely because of the increased visitor traffic generated by the Ark, as well as the Creation Museum in Petersburg to the north. By the way, early this year, when Ark attendance was not as high as it is now (the winter months are certainly not peak tourist times for any attraction), the Grant County Tourism Development office reported that hotel occupancy in the county was an amazing 97%! This percentage, the office declared, was almost all due to the Ark's presence.

Here is the link to the actual state government figures that highlight the economic impact from tourism for Grant County, where the Ark Encounter opened last July, and Boone County, where the Creation Museum has been open 10 years.

Tourism officials have stated, using their own formula, that the Creation Museum has brought about $60 million a year to the area. In other words, over a half a billion dollars total since 2007. We would say this is very conservative number since most of our visitors are coming from outside the surrounding states and staying in hotels, as opposed to taking day trips. Our guests eat in local restaurants, buy gasoline, and visit other attractions in the area. One hotel operator reminded us recently that her former hotel was saved from closing 9–10 years ago because our Creation Museum had just opened and high numbers of tourists were starting to come into the region. In fact, within two years of opening, the museum was given the Star of Tourism Award from the Northern Kentucky Convention and Visitors Bureau, “in recognition of phenomenal attendance.” 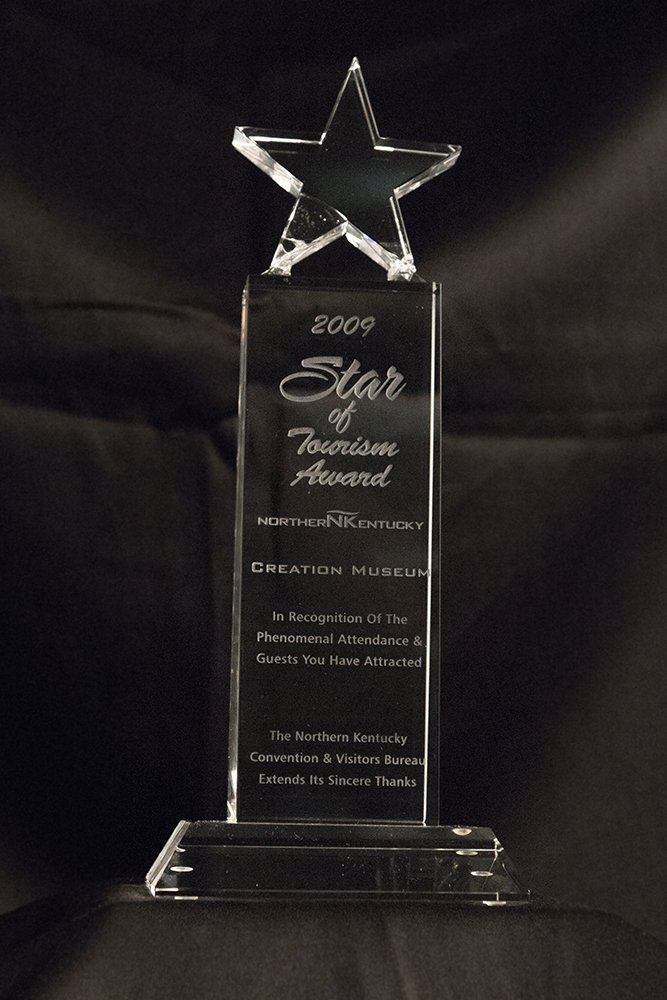 This year, Creation Museum guests are pouring in at such a record rate that we are adding a parking lot to accommodate 1,200 more guest vehicles.

"Congratulations on the tourism award. Thank you for the link to the blog. That was an encouraging read. Stay the course."

At the Ark, we are likewise thrilled with the excellent attendance. In fact, the spring crowds have been larger than we expected. The renowned America’s Research Group had estimated that for a full year of the Ark’s operation (to include a full summer), a range of 1.4–2.2 million guests would visit. Because of our July 7 opening, we missed many vacation weeks (i.e., Memorial Day though early July) last year. Even so, by this July and after 12 months of being open, the Ark will draw near the low end of the estimated guest number. Keep in mind, too, that many motor coach operators chose not to host group tours in 2016 because they traditionally don’t book their tours until they know an attraction will open as announced.

As word of mouth spreads about the world-class Ark attraction, and as the number of motor coach tours continues to grow steadily, we predict that the first complete year, including a full summer, will see attendance approaching two million guests. Already, on some Saturdays this spring, 5,000 people have turned out at the Ark. For this summer, we predict that on some days, 8,000–10,000 guests will be touring the ship. The economic impact for year two will be astounding. Meanwhile, the Creation Museum is experiencing its best year ever for attendance, and will completely shatter the first-year figure of 404,000.

AiG looks forward to the opening of additional hotels in the region to handle Ark and museum guests who are travelling here from all over the nation and from overseas.

Already, hundreds of jobs have been created at both facilities. In total, AiG employs around 550 staff year round, plus hundreds of extra staff at both the Creation Museum and Ark in peak periods. By the way, how many staff do the Ark-maligning secular groups employ? Perhaps a handful for most of them!

The economic impact from tourism for 2016 rose in the two counties where AiG’s attractions are located. Grant County (the Ark’s home) is receiving a 128% increase in tourism revenue due to the Ark. In that county, families now pay $900 in fewer taxes because of tourism, and the number of jobs in the area has increased. Even more encouraging, the economic impact for 2017 will be significantly greater as even larger numbers will be pouring into the Ark.

Not surprisingly, then, the impact of both the Ark and Creation Museum in the region is why AiG recently received, for the second time, the Star of Tourism award. 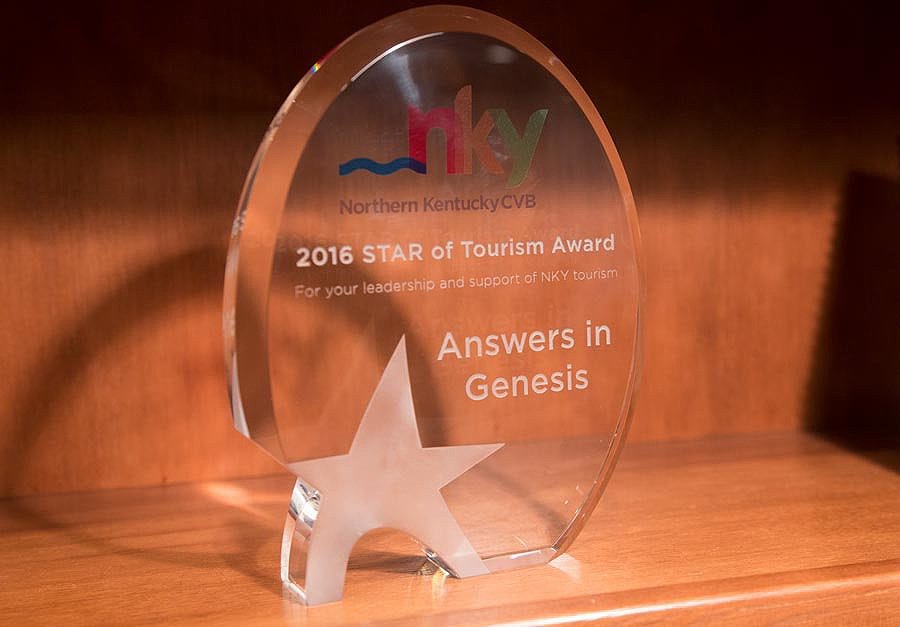 “So glad to see these [tourism] numbers! We stayed almost a week, and went to both the Creation Museum and the Ark Encounter. We also visited Big Bone Lick Park, Cincinnati Zoo, Mammoth Cave National Park, and rode the Riverboat on the Ohio River. We went to a few antique shops also. So although we mainly went to see the Ark Encounter, I think the tourist dollars are helping a lot more than just the two counties. And what a beautiful area to visit!”

All these remarkable figures fly in the face of the claims by atheist groups and many in the secular media that have been spreading “fake news,” trying to undermine these spectacular themed attractions that are having an enormous economic impact in Northern Kentucky.

Over the next 10 years, the total economic influence of both the Ark Encounter and Creation Museum will be on the order of billions (not millions) of dollars, with thousands of Ark- and museum-related jobs being created. Furthermore, AiG is promoting the entire Northern Kentucky/Cincinnati area as a vacation destination, encouraging our guests to enjoy the many other attractions in the area.

Plan your visit to this remarkable attraction at www.ArkEncounter.com