The Voyage Has Begun!

I truly believe this month is a historic one in Christendom! The most authentic recreation of Noah’s Ark, with three decks of world-class teaching and themed exhibits, opened to the public July 7 in Northern Kentucky.

The first phase of the Ark Encounter themed attraction will be one of the greatest Christian outreaches of our day. In-depth national research indicates millions of people will visit. 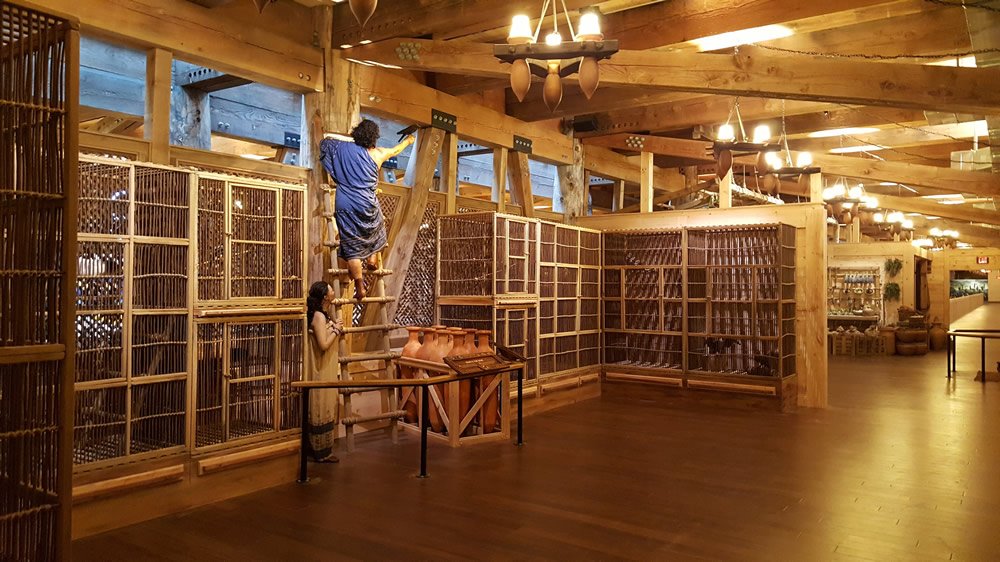 Not surprisingly, wood is everywhere inside the Ark.

As the Ark begins its maiden “voyage” and tens of thousands of people board it this month, I couldn’t help but think of both the differences and similarities between the first Ark voyage and this new one.

With our Ark Encounter, God didn’t bring two of every land animal to our ship. But He did send us numerous talented designers, artists, sculptors, and other gifted people to sculpt animals, do scientific research, and build many teaching exhibits for the Ark’s three decks.

I have no doubt that the people of Noah’s day scoffed at him while he was building the Ark. Today, we also have had people from both the secular and Christian communities scoff at AiG’s effort to build this life-size Ark.

Some people have claimed we are just involved in some business venture and little more! In a sense we have built the Ark as a business of sorts. Let me explain.

Do business till I come.

In Luke 19 we read of the parable of the ten minas. Jesus had entrusted resources to people: “So he called ten of his servants, delivered to them ten minas.” The passage continues with Christ’s words: “Do business till I come” (Luke 19:13).

This parable reminds us that we need to be on about the business of the King: King Jesus. Christians are to do His business until He returns, which is the business of preaching the gospel to as many as we can and praying the Lord will save many as His Word is proclaimed.

Yes, the just-opened Ark Encounter is in a sense all about business: the business of the King of kings! So bring your family and friends to this Christ-centered attraction. I fully expect it will be the most amazing family vacation you’ve ever enjoyed together! We are within a one-day drive of almost 2/3 of the US population. Plan your trip at ArkEncounter.com.