Has Noah’s Ark Been Found in Kentucky?

With this article,1 I’m thrilled to be announcing the start of an incredible project. With God’s blessing and your support, it will have a huge international impact as it presents biblical events in a powerful and unique way to millions of people.

I’m writing to let you know that our ministry of Answers in Genesis, builders of the Creation Museum, will be constructing a full-scale Ark out of wood and according to the biblical dimensions.

You know, even if Noah’s Ark were to be found somewhere on the mountains of Ararat, how many people would ever be able to visit its remains (assuming some of the Ark still exists)? Not many. Yet the Ark is a topic of great fascination today, as a 2009 poll revealed.

Last year, a CBS News survey revealed that finding the remains of Noah’s Ark would be the greatest archaeological discovery of our day. It stated: “CBS’ 60 Minutes news program, in conjunction with Vanity Fair magazine, recently conducted a web survey asking which archaeological discovery would people want to be made next. The response: Noah’s Ark (43%), Atlantis (18%) Amelia Earhart’s plane (16%), Nixon’s lost tapes (13%), and Cleopatra’s barge (5%).”2

The article continued: “Noah’s Ark continues to capture the imagination of the general public, and this interest spans all social, religious, and economic segments. The Ark and the Flood is one of the few historical events which are well known in the worldwide global circle.”

As the account of Noah’s Ark and the Flood continues to capture the imagination of all sectors of America, overseas we can find well-known legends of a massive flood that have elements very similar to the biblical Flood (going back even to the time of the Babylonians). I’ve even seen gift stores around the world that sell Noah’s Ark models (though most of them are like the childish “bathtub-style” Ark, not resembling the real vessel described in Genesis). 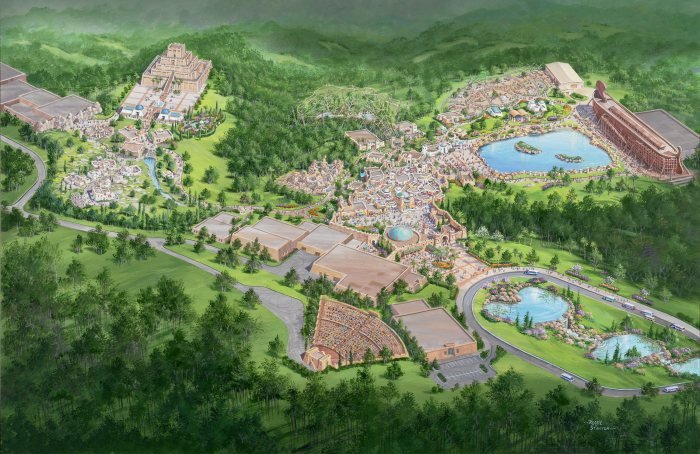 Because a national study indicated that the Ark Encounter will attract over 14,000 guests on certain days and an average of 8,000 guests a day during the summer creating long lines to enter the Ark, even more attractions, exhibits, lecture halls, a children’s adventure area, petting zoo and animal shows, parking, and other aspects have been added to help spread out the anticipated crowds.

Before I say more about Noah’s Ark, I’d like to have you recall the phenomenal international response we received from the media and general public when our Creation Museum opened in 2007. Since that time, over 1.2 million people have visited, and the world’s media (TV networks, international magazines, newspapers, radio stations, websites)—both secular and Christian—continue to come from all over the globe.

One of the reasons the Creation Museum has enjoyed such popularity is the fact that a professional team of PhD scientists, designers, artists, sculptors, fabricators, and other highly talented specialists came together to build a facility that even our most ardent opponents admit is first class—equal to or better than what the secular world has built.

The media has asked me many times: “How did you find such qualified and talented scientists and artists?” My answer has been:

“Just as God brought the animals to Noah and they boarded the Ark, the same God of the Bible brought talented people to Answers in Genesis for such a time as this: to build the Creation Museum.”

In addition to the adults who have toured the museum, I have been thrilled to see throngs of young people visit and be positively impacted. As we have heard from so many people whose lives have been changed, we asked ourselves: “How can we make an even greater impact in this culture? Is there something else AiG should do, and, with God’s blessing, see an even greater impact on society?” This has been the subject of much prayer by our leadership since the day the museum itself opened.

So we started talking and began asking ourselves: “How about assembling virtually the same team that designed and built the Creation Museum and have them start researching and then rebuilding Noah’s Ark, full scale and out of wood?”

Now, a ship of such enormous size is an incredibly ambitious project. But there is an even more daunting aspect: would people come?

To get an estimate of the number of people who might visit a biblically accurate reconstruction of the full-scale Ark, AiG hired America’s Research Group (ARG), headed by Britt Beemer. ARG is the same organization that conducted the research for our best-selling book Already Gone (on why so many young people are leaving the church). Four years ago, we asked ARG to calculate how many people might visit the Creation Museum. Britt’s research team estimated that 400,000 would tour the museum in the first year. And guess what? Over 404,000 visited in year one!

So we hired ARG again, this time to do a statistically valid survey of the general population across the entire U.S. to determine how many people would visit a rebuilt Noah’s Ark. The results were astounding.

In this national survey (which posed several questions to people regardless of their religious views), the question was asked: “If a replica of the Ark were constructed in America, would you take your family to see it?”

The answer: 63% said yes! That represents over 180 million people in America (not including possible visitors from all over the world)!

ARG was then asked to give us a realistic estimate of the number of people who would visit the Ark in the first year. ARG, which successfully predicted first-year attendance at our Creation Museum, determined a total of 1.6 million people! (By the way, an outside consultant estimates that the number of Creation Museum visitors will increase by about 67% due to the influx of people to our area to visit the Ark when it opens.) 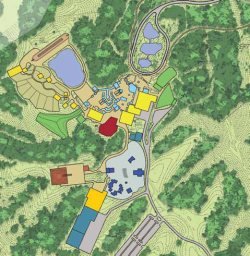 We quickly realized that the Noah’s Ark project would need to be much bigger than we previously envisioned. More than just the Ark, we would need a large complex of associated museums, theaters, amenities, event venues, ample parking, etc. to properly handle the expected crowds. If we did not have additional features, there would be very long lines of people waiting to go inside the Ark.

We then decided on an overarching name for this sprawling complex: Ark Encounter.

The rebuilding of Noah’s Ark as an historical-themed attraction would effectively capture this nation’s attention (and the world’s).

We have a contract on a beautiful piece of property right on the busiest north/ south interstate in America (I-75) at an interchange just 40 minutes from the Creation Museum. It is an amazing location. 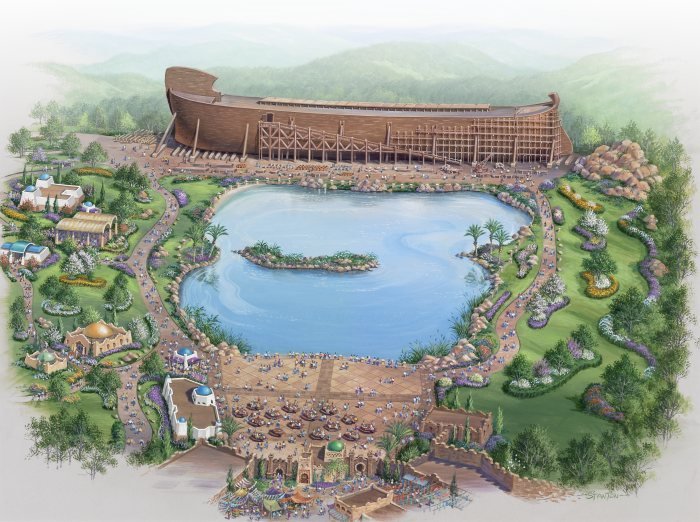 Lord willing, this historical-themed attraction will open in the spring of 2014!

We have already been praying and working for many months, and plans are well underway.

Friend, it is my earnest prayer that you and your family, your friends, and your church will join us in providing the donations necessary to “launch” this $24.5 million Ark.

Click here to discover how you can participate in the Ark’s unique “Pegs, Planks, and Beams” fundraising effort.

If all goes as planned, the Ark Encounter, an historical-themed attraction, will open in the spring of 2014.

We have designed a new website to keep you up-to-date: ArkEncounter.com.

Join us on this incredible voyage as we present biblical truths to millions of people!