Elephant Trunks—More Complicated Than We Thought

Evolutionists can’t explain the complex design and usefulness of the elephant trunk, but Christians know who made it. 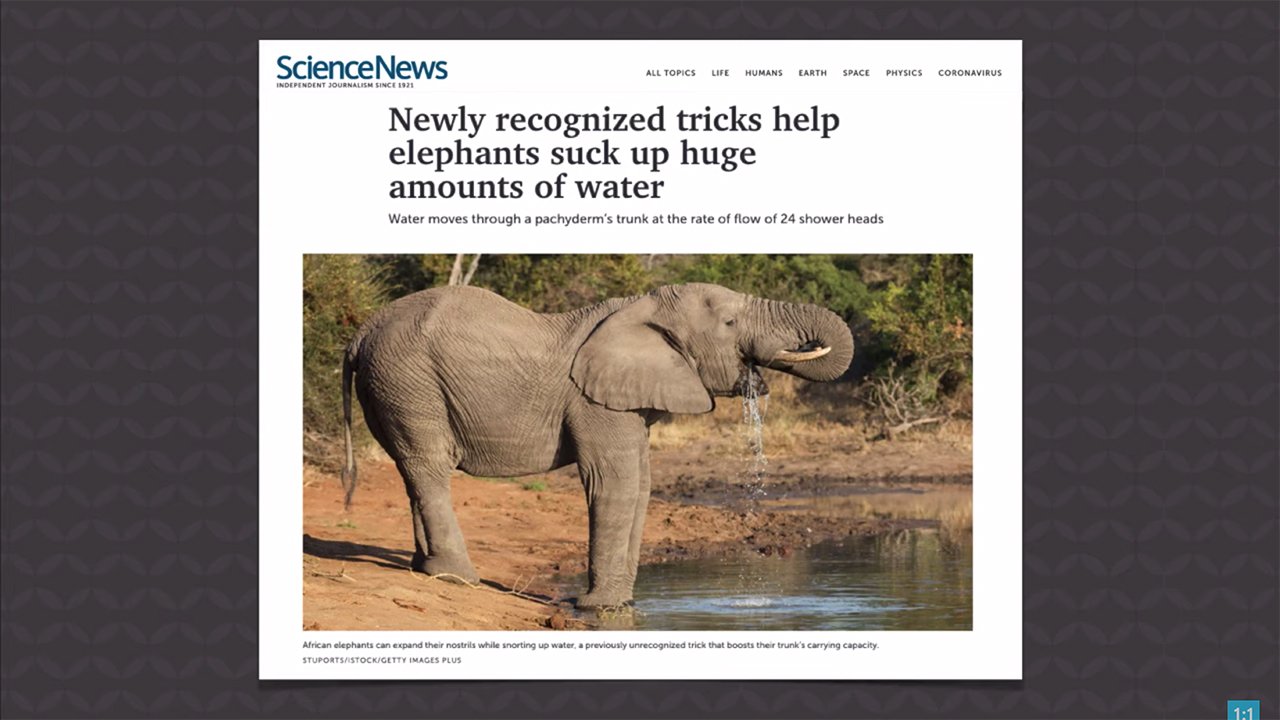 Elephants use their incredibly dexterous trunks almost like a hand with fingers. This trunk boasts around 40,000 individual muscles and can be used to suck up food and water. But the elephant’s trunk isn’t just a “simple straw”—and new research shows it’s more complicated than was initially thought.

A recent study detailed measurements during one zoo elephant’s feeding time. They discovered the elephant can “dilate its nostrils to boost its trunk’s carrying capacity.” Each of an elephant’s two nostrils can increase in volume by a stunning 64%! The “flow rate of water through the trunk averaged about 3.7 liters per second, or the equivalent of the amount of water pouring out of 24 shower heads at once.”

But the elephant doesn’t always need this extra space. They actually have the ability to “vacuum” up their food by breathing deeply. They estimate “that airflow through the narrow nostrils could at times exceed 150 meters per second—more than 30 times as fast as a human sneeze.”

But this complex appendage isn’t the result of evolution—it clearly showcases the brilliancy of God’s handiwork. It’s designed to do what it does do!

Sadly, the researchers give credit for this incredible trunk to . . .random chance processes over millions of years, saying that “elephants are the only living land animals to evolve a long, boneless appendage like a trunk.” But this complex appendage isn’t the result of evolution—it clearly showcases the brilliancy of God’s handiwork. As we say here, it’s designed to do what it does do! It’s a reminder of Romans chapter 1:

For his invisible attributes, namely, his eternal power and divine nature, have been clearly perceived, ever since the creation of the world, in the things that have been made. So they are without excuse. (Romans 1:20)

The more we look into what God’s made, the more we realize how little we know and how amazing our Creator God is!

This item was discussed yesterday on Answers News with cohosts Tim Chaffey, Dr. Georgia Purdom, and Dr. Jennifer Rivera. Answers News is our twice-weekly news program filmed here at the Creation Museum and broadcast on my Facebook page and the Answers in Genesis Facebook page. We also covered the following topics:

Watch the entire episode of Answers News for July 7, 2021.