Defending the biblical account of creation concerns more than just winning arguments. At the core is the truth of the Last Adam. 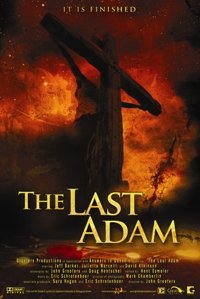 (Editor’s note: This article originally appeared in Cedarville University’s Torch magazine, and has been adapted here.)

Anchoring the end of our recent tour of the Creation Museum in Petersburg, Kentucky (near Cincinnati, Ohio), is a short movie. But my eight-year-old son simply does not want to see it. His level of ambivalence noticeably begins to rise as we approach The Last Adam Theater, which provides an emphatic climax and resolution to what the museum calls “a walk through biblical history”—including its powerful depiction of Genesis 3:15 and its teaching that bad things happen because of sin. Closing out the tour, The Last Adam movie dramatically and graphically portrays just how it became that the “Last Adam, Jesus Christ, rectified the sin problem, which was introduced by the first Adam in the Garden of Eden. Well-written and acted, the film’s depiction of the biblical events of Christ’s last few days on earth is authentic enough to make my eight-year-old uncomfortable the first time he saw it. He’s never gotten over it.

Yet there is more than meets the eye to this movie. The Last Adam, a short film, may seem to some cynics like a cheesy fundamentalist “come to Jesus” ploy designed to manufacture “decisions” for Christ at the end of the museum tour. But look a little more closely and you’ll find not merely a compelling movie attempting to tie everything in the Creation Museum together, you’ll find a message too often left out of the creation vs. evolution debate: this is all about Jesus. The wonders of creation? The garden of Eden? The valley of corruption? A catastrophic global Flood? The confusion at Babel? It’s ultimately all about Jesus. The museum’s “walk through biblical history” is all about Jesus.

Located at the end of that history walk, The Last Adam Theater confronts the single biggest missing piece of Christian apologetics in the public arena. Lost in the melodrama of whether intelligent design belongs in the classroom, whether creationists do “real” science, or even whether God exists is this fact: Jesus created everything. By creating everything, the Creator has invested meaning and significance into creation that points back to Him. Too often Christ is simply nowhere to be found in the Christian discussion of origins.

I’m not suggesting that every creationist argument must begin with the story of Roman soldiers and a crucifixion that The Last Adam depicts. Nor am I saying there’s no value in much of the creationist apologetics. Quite the contrary—there is a place for explaining how the building blocks of life are more complex than evolution could ever account for. There is a place for highlighting geological data that affirms the entire world was under water the way the Bible says it was. There is a place for the proclamation that the creation account does not belong to the annals of simple ancient Near East mythology. But if we do not begin with the presupposition that Jesus is the why we have cool, green grass to squish between our toes, and make that a fundamental part of our apologetic, then we’ve missed the point of Genesis chapters 1–2.

In Colossians 1:15–20, Paul is convinced that the creation of the world and its inhabitants was a foretaste of the coming of Jesus. Paul understands that the image of God, from its very inception, anticipates Jesus and His perfect imaging of the invisible God. While Adam was created in the image of God, it was not Adam who expressed that image in its fullness. In fact, Adam blew it, as did all of the Old Testament characters—in one way or another. Christ, the Last Adam, fulfilled the image of God in man, and in doing so, became the image of God in man beyond anything Adam could have been as an image-bearer. Christ became the prototype for what it means for man to be made in God’s image.

Further, Paul understands Christ’s relationship to creation, and the account of Creation’s origin in Genesis 1 and 2 as central to the gospel. The life-saving, life-transforming gospel has its source in the One who first spoke the world into existence and gave life-breath to the original Adam. The firstborn of every creature, Christ, is not only the image of the invisible God, He is Head of a new creation, the Church. Thus, the glory of the last Adam is greater than the first.

Paul wants us to see that Christ is the purpose of all of history, including creation. The Last Adam Theater isn’t simply an addendum attached to a multi-sensory apologetic for the origins for the earth—no more than Christ is an addendum to the account of Creation and the fall in Genesis 1–3. No, the Last Adam Theater is a straightforward reminder that one cannot read the creation account in Genesis without consideration of the life, death, and resurrection of Jesus. The former presupposes the latter. Christ must be placed at the end of the museum’s “walk through biblical history” if that walk is to have any definitive meaning at all. Just as the pages of the Old Testament have a sense of anticipation as history unfolds, so too the museum’s walk anticipates and unpacks what’s coming at the end.

Someday, my son Luke will not be so apprehensive about going into the Last Adam Theater. Until that day arrives, I will continue to walk him through the biblical history of the Creation Museum, explaining to him that the dreadful things portrayed in the movie were necessary because of our sin. Christ came not simply to fix the original creation that we broke in the first Adam (Genesis 3), but to bring us a new world beyond our wildest dreams (Revelation 21–22), a new world that is presupposed by and foreshadowed in the first creation account.

The Last Adam Theater isn’t an evangelism gimmick, but a necessary conclusion to the creation account in Genesis. It is a not-so-subtle insistence that Christ must be the end goal of the creationism apologetic.

Note: CDR Radio Network in Ohio can be reached at: http://www.thepath.fm/