Human Cooperation—the Result of a Belief in Angry Gods? 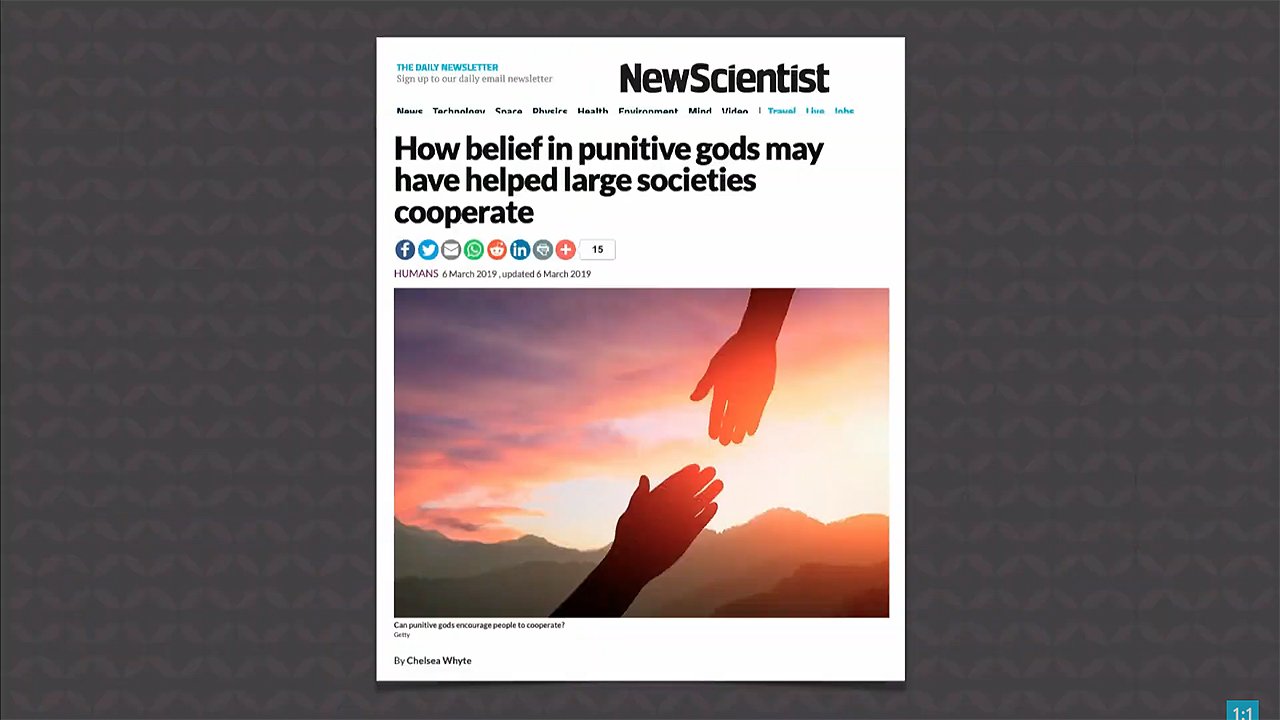 How did humans start cooperating with one another? This question is an evolutionary puzzle, and the supposed evolution of religion is often considered an answer for how humans began working together. For example, a recent study suggests the belief in so-called “punitive gods” caused our evolutionary ancestors to begin cooperating, giving rise to large societies.

This study argues that a belief in punitive gods (gods who would punish people for their choices) made people more willing to share their resources, thus uniting distant populations into a cohesive group. As religion evolved, it supposedly created an “us vs. them” mentality that gave rise to large societies.

This study should remind us of the incompatibility of evolution and Christianity. When many people think of evolution, they just think of one kind of animal turning into another, or perhaps the evolution of ape-like creatures into anatomically modern humans. But evolutionary beliefs are much more than that. They are an entire worldview (a religion) that attempts to explain everything we see—including the supposed origin of religion and even God—without God. (See “Atheism Is Religion.”)

Many Christians who embrace evolutionary ideas would reject the thought that religion or God evolved alongside humans.

Many Christians who embrace evolutionary ideas would reject the thought that religion or God evolved alongside humans. They would argue that God exists outside of his creation and that religion, at least the true religion that worships the one true God, was God’s invention, not ours. But really these Christians are inconsistently picking and choosing which parts of evolution they want to believe and which parts they want to reject.

Theistic evolutionists want to believe cosmological, geological, and biological evolution (because of what secular scientists teach)—but stop short from accepting studies that suggest the idea that God and religion, in general, are simply the result of evolution. But this is illogical. The same scientists who declare that humans evolved from ape-like ancestors say civilization, religion, morality, and everything else must also have a naturalistic, evolutionary origin. Why believe some of what these scientists claim, and then arbitrarily reject other findings?

Really, these Christians are doing the same thing with evolutionary belief that they do with the Bible: picking and choosing which parts they like, and which parts they will reinterpret. God’s Word is clear: God created everything fully formed and functioning in six, literal 24-hour days only a few thousand years ago. There’s no room for millions of years or evolutionary ideas in Scripture. To say otherwise is to ignore the clear testimony of both the Old and New Testaments, as well as the church’s history. Yes, evolution is man’s attempt to justify being his own god.

We need to reject the entire evolutionary worldview. It’s utterly incompatible with the Bible. Instead, we need to trust the eyewitness account of our Creator who was actually present and has revealed to us in his Word what happened in the past.

This item was discussed on Answers News with cohosts Dr. Gabriela Haynes, Avery Foley, and guest Roger Patterson, AiG’s educational resources manager. Answers News is our twice-weekly news program filmed live before a studio audience here at the Creation Museum and broadcast on my Facebook page and the Answers in Genesis Facebook page. We also covered the following topics:

Watch the entire episode of Answers News for March 14, 2019.