Image by British Library, via Unsplash. 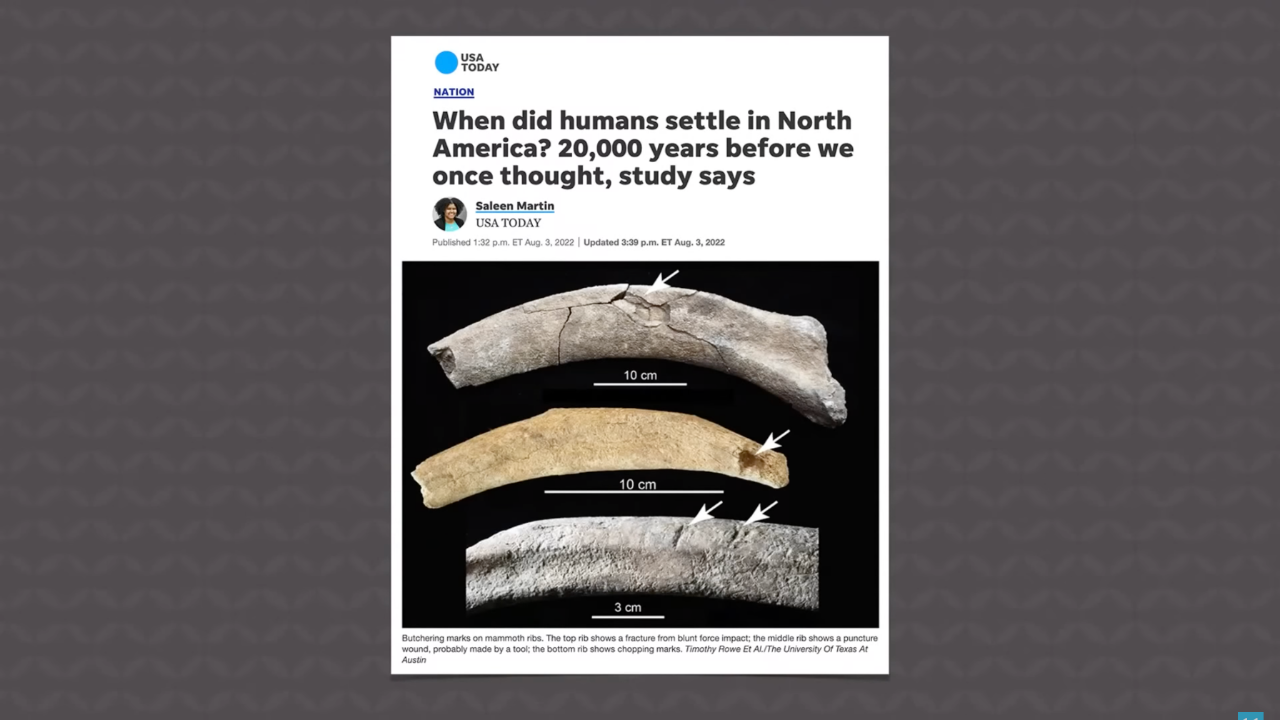 When did humans first settle North America? According to the most common evolutionary view, this supposedly happened 16,000 years ago. But a new find of a mammoth tusk and bashed-in skull at an ancient butchering site in New Mexico is challenging this view and pushing the date back to 37,000 years. Of course, in a biblical worldview we know that both of these dates are not correct—so when did Native Americans first arrive?

Let’s consider how biblical history can provide some boundaries for when this might have happened. God created everything in six days, finishing with the creation of the first couple. All humans are descended from this pair. The genealogies in Genesis tell us two thousand years passed between Adam and Abraham and we know there were about two thousand years from Abraham to Christ, and, of course, two thousand more years gets us to the present. That’s about 6,000 years for all of mankind’s history (so even the conservative date of 16,000 years is way off!).

In other words, no one was in the Americas prior to about 4,200 years ago. At that time, the peoples were dispersed and began travelling and eventually settling all around the globe.

Genesis chapter 6 records the wickedness of man and God’s judgment with a global flood. This reduced the entire human population to just eight people aboard the Ark. These eight were told to spread out and fill the earth, but their descendants wanted to stay together and build a tower. In judgment for their rebellion, God confused their language, splitting them up around the world. This means that no one could have reached modern-day North America until after the tower of Babel event. In other words, no one was in the Americas prior to about 4,200 years ago. At that time, the peoples were dispersed and began travelling and eventually settling all around the globe.

With the biblical timeline—given to us by the perfect Eyewitness to history—we can properly understand human history. And this timeline actually allows us to make testable predictions about the movement and distribution of peoples in the past. This new research, which answers questions such as “when were the Americas settled and by whom?,” is cutting-edge, revolutionary, and only possible because of the biblical timeline. What do I mean? Well, I encourage you to watch this video from researcher Dr. Nathaniel Jeanson—it’s intriguing and extremely exciting research!

This item was discussed Monday on Answers News with cohosts Dr. Kaia Kloster, Bodie Hodge, and Dr. Jennifer Rivera. Answers News is our weekly news program filmed live before a studio audience and broadcast on my Facebook page and the Answers in Genesis Facebook page. We also covered the following topics:

Watch the entire episode of Answers News for August 15, 2022.