A Footprint in Chile—Earliest Evidence of Humans in the Americas?

by Ken Ham on May 2, 2019
Featured in Ken Ham Blog
Also available in Español 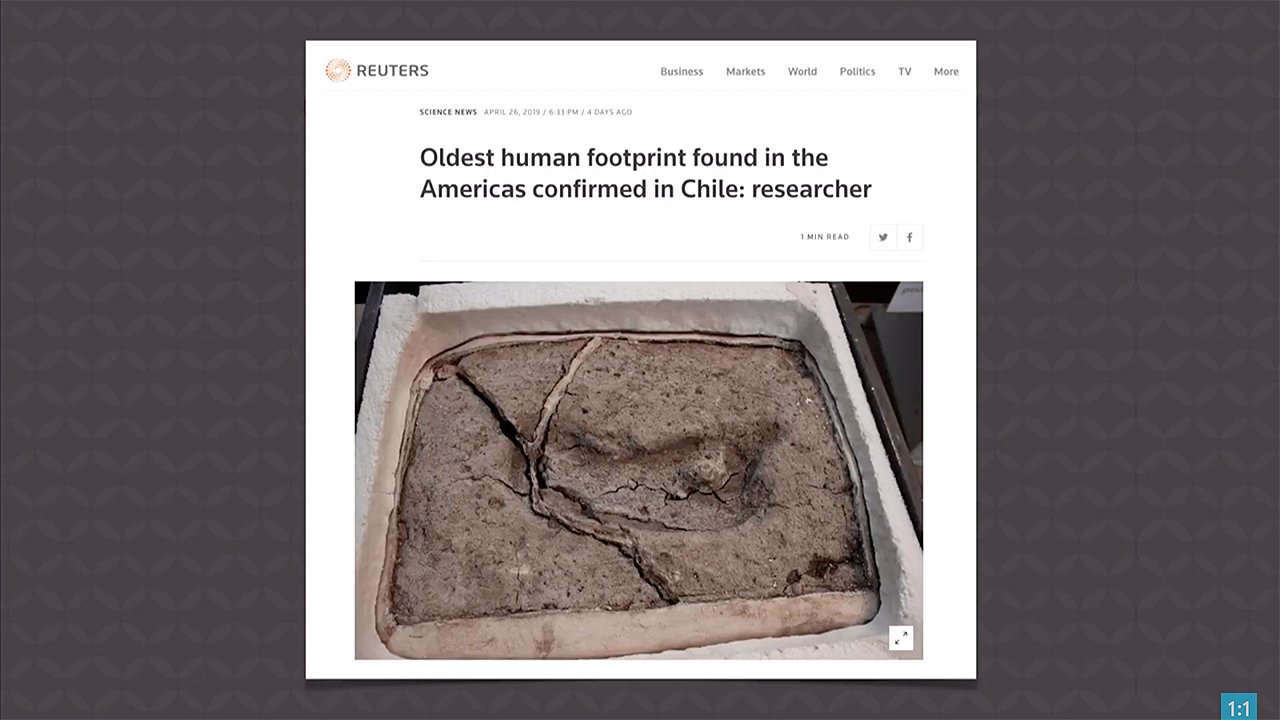 Researchers in the South American nation of Chile have announced the discovery of a human footprint they’ve dated at 15,600 years. This makes it the oldest evidence of humans in the Americas by over 3,000 years, according to the evolutionary timeline. How should Christians understand finds such as these?

Well, first we compare what the study says against the absolute authority of the Word of God. Starting with God’s Word (using the six days of creation and the genealogies), we know the earth is only around 6,000 years old, and the world was destroyed at the time of the global flood 4,350 years ago. So this footprint isn’t 15,600 years old. It’s at most just a few thousand years old.

This footprint is evidence of the people who left Babel and eventually settled in South America.

After the global flood, we come to the event at the tower of Babel, when God confused the language of the people at the time and dispersed them over the earth. From Babel, people moved to all parts of the globe, including North and South America. This footprint is evidence of the people who left Babel and eventually settled in South America.

How did they get to America? Well, there are two ways, and different populations may have reached the Americas by either route. First, Noah and his sons built a massive ark—clearly, they could build ships and perhaps passed this knowledge along. One population may have sailed there. Second, the post-flood ice age would’ve lowered sea levels, exposing land bridges such as the one in the Bering Strait now covered in water. This would connect Asia to the Americas via what’s now Russia and Alaska. They may have crossed there, and they and their descendants may have continued through what is now Canada, the United States, Mexico, into Central and South America, all the way to Chile.

As with any news items, always look for the facts (in this case, a single footprint) and the assumptions. Check everything against the Word of God and apply biblical history to what you are reading. And always remember the battle isn’t over the facts—it’s over an interpretation of the facts because of two very different starting points (man’s word vs. God’s Word).

This item was discussed today on Answers News with co-hosts Dr. Georgia Purdom, Avery Foley, and Bryan Osborne. Answers News is our twice-weekly news program filmed live before a studio audience here at the Creation Museum and broadcast on my Facebook page and the Answers in Genesis Facebook page. We also covered the following topics:

Watch the entire episode of Answers News for May 2, 2019.