Did Neanderthals “Hybridize” With Modern Humans? 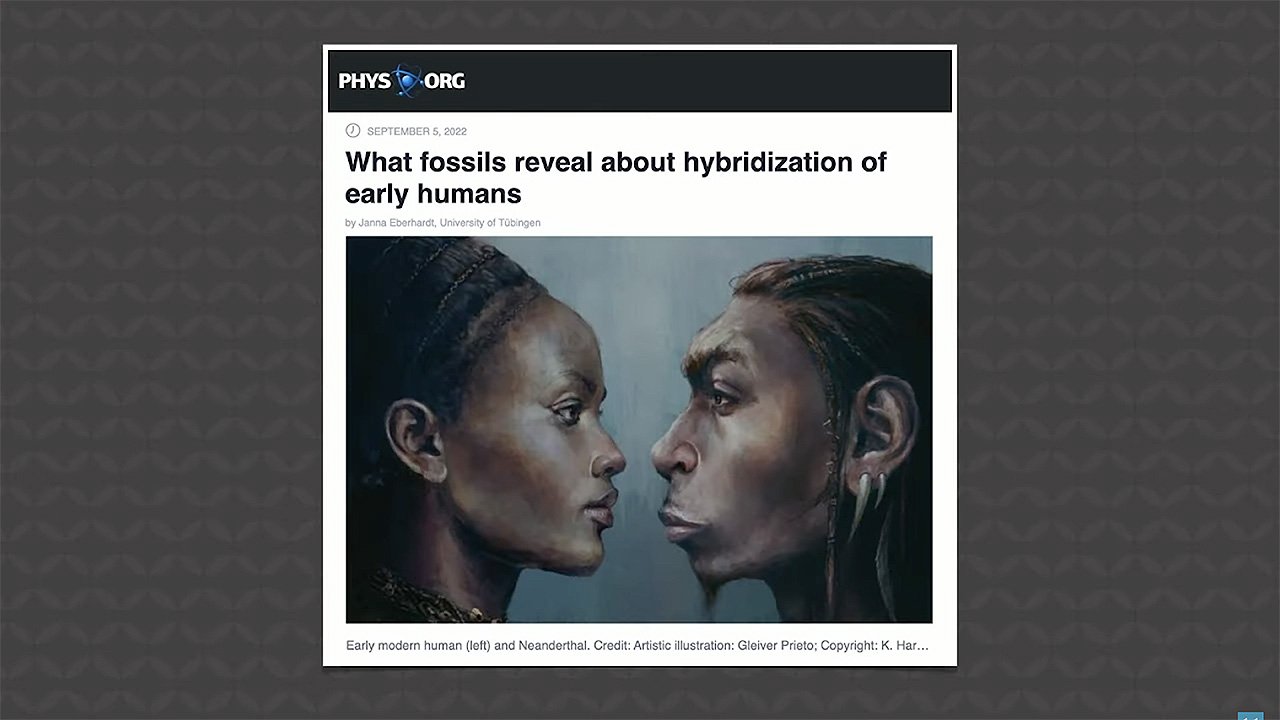 Do you have Neanderthal DNA in your genome? You might, as (according to one article) many people “living today have a small component of Neanderthal DNA in their genes.” In the evolutionary worldview, this is the result of “hybridization” as different “archaic human lineages” (not just Neanderthal) mixed with humans during the “evolution of our species.”

This is all in the science news again because a new study was recently released that looked at ancient human fossil remains to help researchers recognize features in these skeletons that suggest the person might have been a “hybrid” (for example, someone with a Neanderthal father but a “modern human” mother). The study found that “signals of hybridization were evident in braincases and jaws, but not in faces.”

They were fully human, descendants of Adam just like you and me, with some unique genetic variations, some of which live on in the genomes of today’s people.

So, what does all this talk of “hybridization” mean within a biblical worldview? Well, we understand it’s not really “hybridization” at all—it’s humans having children with other humans. Yes, Neanderthals do have some unique genetic variations, but the fact that they could have children with “modern” humans clearly shows that, as we’d expect starting with God’s Word, Neanderthals weren’t some kind of subhuman cousin or a different branch or lineage on our family tree. They were fully human, descendants of Adam just like you and me, with some unique genetic variations, some of which live on in the genomes of today’s people. Actually, because Neanderthals were totally human, they have human DNA which we all share anyway.

Every time you see another Neanderthal study in the news, be reminded of the truth of God’s Word and how the evolutionary belief that these people were subhuman dramatically failed. Why? Because the history in God’s Word really is true and evolution is nothing more than a faulty interpretation of the evidence based on a wrong starting point: man’s ideas.

This item was discussed today on Answers News with cohosts Rob Webb, Roger Patterson, and Tim Chaffey. Answers News is our weekly news program filmed live before a studio audience and broadcast on my Facebook page and the Answers in Genesis Facebook page. We also covered the following topics:

Watch the entire episode of Answers News for September 19, 2022.