Did “Cavemen” Use a Lunar Calendar? 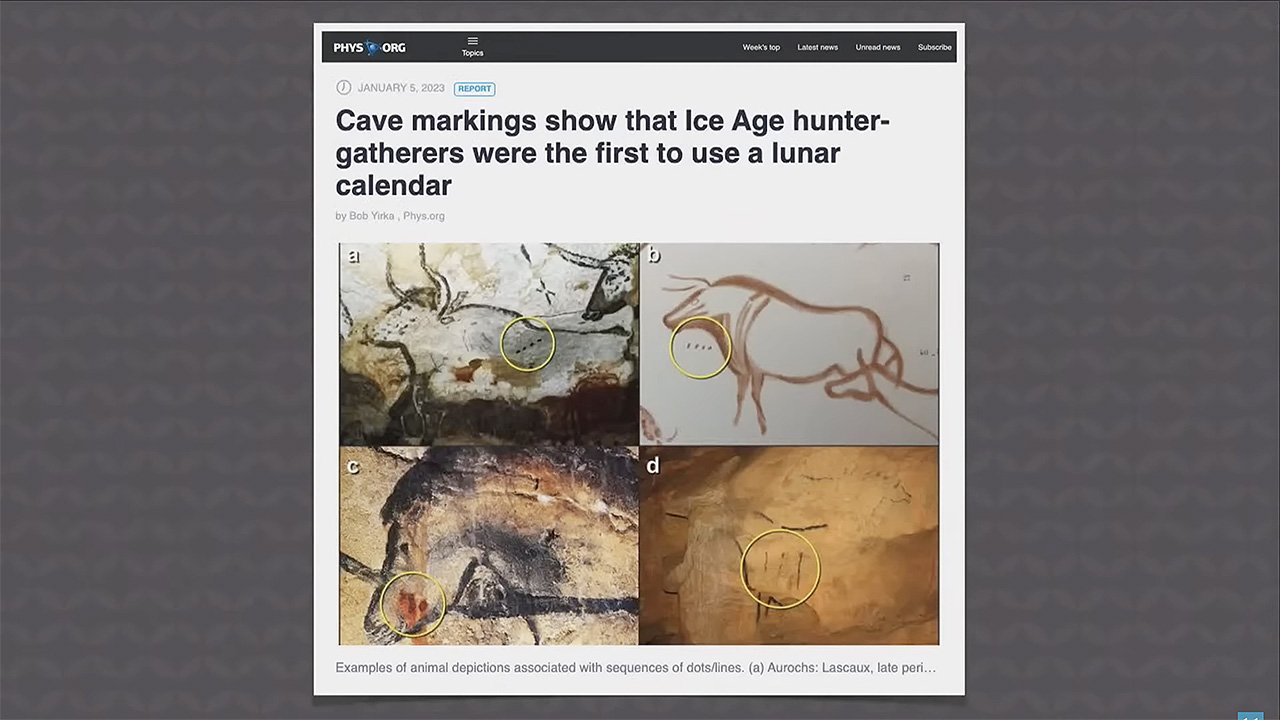 Most people have this view of so-called “cavemen”: less-evolved brutes, barely able to make fire, weapons, or clothing. Thanks to the popularity of the evolutionary narrative of the slow and gradual evolution of mankind, this picture of “cavemen” is strongly rooted in the minds of the general public. But it’s not true!

In the news recently was yet another example of the intelligence of cave-dwellers. On the walls of certain caves are paintings of animals, but next to some of those animals are a series of dots and dashes. What do these markings mean? Well, a new study claims they “coincided with what would have been seasonal behaviors of the animals, such as mating, or birthing.” That kind of information is, of course, important information to know when hunting.

According to these researchers, these humans left behind lunar calendars along with markings that told others about seasonal patterns.

But it gets more interesting. Certain patterns of markings “could be broken down into 13 periods, which coincided with the lunar calendar year.” According to these researchers, these humans left behind lunar calendars along with markings that told others about seasonal patterns. These people were obviously very intelligent.

Now, this research makes perfect sense within a biblical worldview. After all, God specifically created the heavenly bodies (such as the moon—the basis for the lunar calendar) “for signs and for seasons, and for days and years” (Genesis 1:14). These post-flood humans, eking out a living during the brutal ice age years that followed the global flood, observed the heavens and the world around them and made notes about their observations for others to learn from or to remind themselves.

“Cavemen” weren’t primitive. These cave-dwellers were humans, descendants of Noah, made in God’s image, who lived during a harsh period of earth’s history and made use of what shelter, food, and clothing was available in a time of long winters and short summers in the northern latitudes.

Learn more in this article from Answers magazine, “Who Were Cavemen?”

This item was discussed last Wednesday on Answers News with cohosts Tim Chaffey, Dr. Jennifer Rivera, and Bryan Osborne. Answers News is our weekly news program filmed live before a studio audience here at the Creation Museum and broadcast on my Facebook page and the Answers in Genesis Facebook page. We also covered the following topics:

Watch the entire episode of Answers News for January 11, 2023.