The Breath of Life

God’s Gift to All Creatures

References to breath or breathing are frequent in the Bible, with many allusions to God as the giver of breath (and life) to man and animals.

One of the best-known verses in the Bible is Genesis 2:7, “And the Lord God formed a man from the dust of the ground, and breathed into his nostrils the breath of life, and the man became a living soul.” This verse sets a pattern for the rest of the Bible, where breath is often equated with life itself. In fact, references to breath or breathing are frequent in the Bible, with many allusions to God as the giver of breath (and life) to man and animals.

The respiratory system has many distinctive design features, which show forth the providence of God. Breathing also illustrates our human vulnerability and complete dependence upon God. One easy experiment to show this is to try to hold our breath. For most of us, air hunger becomes painful well within a minute, and we would die in just a few more minutes if completely deprived of air. So, our breathing apparatus is one of our most vital systems—absolutely necessary to sustain us from moment to moment. How does it work?

Respiration in humans begins with the nose. Our nasal passages are much more than just a source of discomfort when cold and flu season comes around. They are a high-tech air conditioning and purification system. They filter out the larger dust particles and microbial spores by focusing incoming air onto the mucous membrane lining the nasal cavity. The cells of this lining secrete sticky mucus, where impurities are trapped and disposed of. The nasal passages also provide air warming and humidification, through a rich blood supply just beneath the mucous membrane. (This is why nosebleeds happen fairly easily.) The blood supply also acts as a chemical cleanser of the air, and gives the nose design features in common with modern air-cleaning antipollution devices:

“In an engineer’s terms, the nose is said to function like a scrubbing tower supplied with fresh [cleaning] fluid at successive levels. Despite a fractional-second contact time with the nasal mucosa, the inspired air is efficiently cleared of ozone, sulfur dioxide, and other water-soluble pollutant gases, far better than it is cleared by the oropharynx [by breathing through the mouth].”1

After being warmed up and cleaned, air passes into the main windpipe, or trachea. From there it goes into two large branches, the main bronchi (singular bronchus) where further cleaning, by removal of finer particles, takes place. These progressively branch into increasingly smaller bronchi, with the very small ones being called bronchioli.2 The mucous membrane lining the bronchi also has cells with cilia, tiny whip-like hairs which can beat directionally. These waving hairs move a layer of mucus ever upwards toward the throat, where the layer and its entrapped particles can be swallowed. This air-cleaning system is called (appropriately) the “mucociliary escalator”.

Just before each bron­chiolus ends in a tiny air sac called an alveolus, the cells lining it change. Instead of making mucus, they have enzymes to dissolve it, and thus the smallest are kept from being plugged by the protective mucus.

Each alveolus is shaped like a tiny room, with thin surrounding walls, and a doorway coming from a bronchiolus.3 Within the walls (like water pipes in the walls of a house) travel tiny blood vessels, or capillaries. The walls are ultra-thin, and tightly packed with these capillaries, so that gas exchange by simple diffusion can take place. “Used” blood coming into the lungs (from the body’s veins via the heart) has a surplus of carbon dioxide, which is exchanged for oxygen through the alveoli. The oxygenated blood is then returned to the heart for circulation to the rest of the body. The renewed oxygen, in turn, drives the metabolic reactions which give our cells energy (and life).

The specialized cells of the alveoli are fascinating. The lining cells flatten themselves out like pancakes, to make the alveolar walls as thin as possible. In the corners of the alveolar “rooms”, there are cells secreting a soapy substance called surfactant,4 which keeps the moist alveoli from being collapsed by water’s surface tension. Also, there are patrolling white blood cells called macrophages (meaning “big eaters”). These body-defence cells are found in many tissues, but the kind in the lungs are super-specialized.5 Like the alveolar lining cells, they are flattened, but unlike the lining cells, they are mobile. They rove across the alveolar walls like flatfish on the ocean bottom, eating any fine contaminants which have escaped the air cleaners above. When they are “full” they work their way up the mucociliary escalator, to be recycled and replaced. If the macrophages are overwhelmed by an infectious invasion, then white blood cells migrate into the alveoli to help them. Widespread lung infection is called pneumonia.

Why the great emphasis on air-cleaning in the respiratory system? For one thing, the warm, wet climate of the alveoli makes them an ideal place for microbes to grow, and the air is full of microbes and their spores. We would all die of pneumonia in a few days without our built-in air-cleaning systems.

Another reason is that otherwise the lungs would soon fill up with inhaled dust. Finally, toxic inhalants need to be cleared out before they can permanently disable the delicate alveolar cells.

The lung damage and death caused by tobacco smoking is a good example of the issues involved. Despite the cleaning mechanisms, some smoke, dust and toxins will reach the alveoli. The lungs and airways can temporarily overcome the injuries of smoking, sometimes for many years. However, various degrees of permanent lung damage will eventually ensue and, while smoking continues, will progress. Such damage can often cause early death.6

Human lungs can generally withstand disease for a long time because of the abundance of functional reserve built into them. Studies have shown that people, on average, must lose nearly ¾ of their lung tissue before serious respiratory difficulty develops.7

This high degree of functional reserve is also found in most other human body organs (e.g. we can cope with only one kidney). It is in keeping with the providence we should expect of a good and generous God.

Does the respiratory system show any signs of evolution? No, none at all. Evolutionists cannot explain marked differences in respiratory design among the vertebrates.8 Furthermore, mutations have not been shown to provide any benefit to this system (see panel below).

Breathing is also part of a much larger design—the entire balance of life on Earth. People and animals must consume oxygen to live, giving off carbon dioxide as a waste gas. But plants mostly do the exact opposite. They take in CO2 and give off O2. This provides a constantly renewing balance in the atmosphere, so that the oxygen we need is never used up. It also provides us with a dependable and pleasing environment of greenery, flowers and food.

Could there be an even more important reason why God created our bodies so that we must breathe? Breath is used in the Bible as a powerful symbol of the life-giving presence of God. Like God Himself, the air we breathe is invisible, odourless and tasteless—it cannot be perceived at all unless it moves. It is usually peaceful and still, but it is a reservoir of enormous power. The air is a massive ocean—invisible, yet completely necessary for our life, for we are quickly dead without it. It seems reasonable to suggest that one reason God created the air—and respiration—was to show us graphically how great and immediate is our need for Him.

Eastern mystics teach meditation upon one’s breath as a way of controlling body functions and gaining inner peace. Christians could also benefit from meditating upon breath, but in a different way. They should recognize that the breath of life is a great gift from God, and a powerful biblical metaphor used to speak of His very presence.

Even as we study it scientifically, the knowledge we gain should generate continual thanksgiving, so that we might join the psalmist in praising God along with “everything that has breath” (Psalms 150:6). 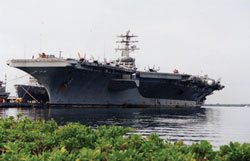 Genesis 1:2 tells us that “the Spirit [Hebrew ruach] of God moved upon the face of the waters”. Ruach can also mean “breath, air or wind.” In Job 38, there is the striking image of God’s speaking to Job out of the “whirlwind”.

The idea continues in Ezekiel’s vision (Ezekiel 37:5) of dry bones, where God says, “I will cause breath to enter into you, and you shall live”. In the New Testament, the word for “spirit” becomes the Greek word pneuma, with the same range of meaning as its Hebrew counterpart. In John 20:22, when the risen Jesus appears to his disciples, John records a remarkable event: “He breathed on them and said, ‘Receive the Holy Spirit.’’” This is a reminder to us of who first breathed into man’s nostrils the breath of life.

Large numbers of inherited (genetic) mistakes—i.e. mutations—are known which affect respiratory function, virtually all harmful. Not a single beneficial one, let alone one which adds any information, has been described in relation to the respir­a­tory system. 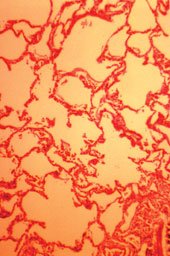 Mutations affecting respiratory cilia (see main text) leave the airways vulnerable to chronic severe infection (the “immotile cilia syndrome”). Again, a wide variety of mutations affecting cilia have been found, with none of them beneficial.11 The respiratory system shows every sign of being a complex optimally designed system—all randomly introduced changes decrease, rather than increase, its efficiency. Breathing is a strong witness to intelligent design.