A New Ocean in the Making?

Is Ethiopia splitting in two? A huge cut in the ground appeared suddenly in 2005, when volcanic activity opened a 35-mile-long (56 km) rift to a width of 20 feet (6 m) in just a few days. The surprising speed with which the ground parted along the rift has intrigued scientists and fostered speculation that a new ocean may be forming, as the African continent splits apart. 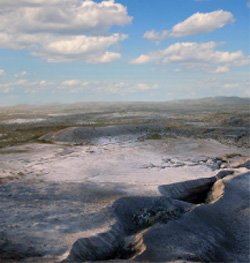 Of course, a speed of 20 feet in several days pales into insignificance compared to the rapid and continuous tectonic activity that must have taken place during the global, earth-reshaping Flood. The creationist model states that the breakup of continents (by thousands of miles) and the rise and fall of land (by thousands of feet) took place in only a year, not in cumulative small, local catastrophies over millions of years, as old-age geologists contend.