What do so many beautiful geological formations around the world have in common?

In Anton Checkhov’s play The Cherry Orchard, a character describes the earth as “so wide, so beautiful, so full of wonderful places.” And it’s true—from majestic mountains to breathtaking canyons, the world is full of beauty.

But, while beautiful, most of today’s geological wonders weren’t part of the “very good” creation God originally made. To gaze at these picturesque places is to peer back in time at the catastrophic processes that reshaped our planet only a few thousand years ago. In the wake of the flood, continents rose and valleys fell. As the climate changed, a brief ice age produced massive glaciers that left their mark around the world. Although magnificent landforms remind us of God’s judgment, they also give us glimpses of the earth’s flawless beauty before the fall. 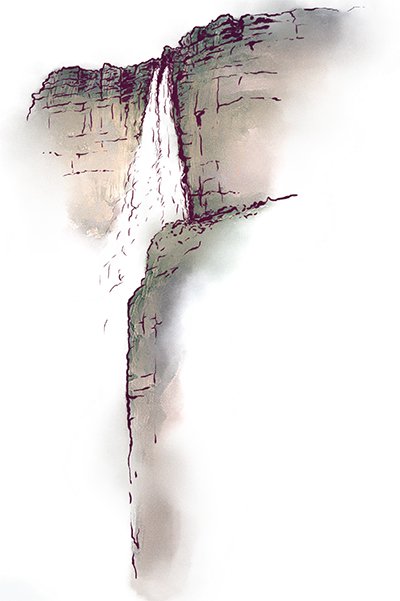 The Zambezi River, the fourth longest river on the African continent, flows eastward into the Indian Ocean. At almost exactly its halfway point, the river plunges headlong into a deep gorge, producing a waterfall as tall as a 35-story building. One of the seven natural wonders of the world, Victoria Falls in Zambia is the world’s largest curtain of falling water.

The Zambezi River gorges formed within basalt lava flows that were produced by enormous eruptions during the global flood. Any sedimentary layers deposited subsequently on top of these basalt layers were eroded away by the retreating floodwaters. In the aftermath of the flood, weathering and further rapid erosion along deep fractures within the basalt layers produced the gorges of the Zambezi River and Victoria Falls. The vast scale of these gorges is evidence of the catastrophic scale of the global flood and its aftermath, as much higher water volumes and flows were required to cut these gorges—more water than in the current river. 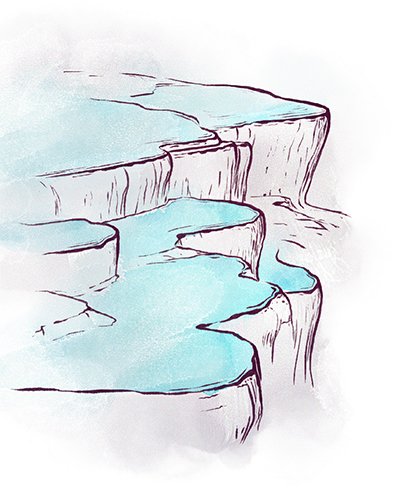 Cotton Castle in Turkey is the country’s single most visited attraction, drawing over two million visitors each year. Pillowy stepped terraces, “frozen” waterfalls, and large sky-blue mineral ponds create an ethereal environment that inspired the name Pamukkale, Turkish for “cotton castle.” Despite their appearance, these famous terraces aren’t made of cotton or clouds, but of travertine, a natural stone deposited around mineral springs, especially hot springs.

Just upstream from Cotton Castle are 17 hot water springs full of dissolved calcium carbonate. This mineral-rich water flows to the head of the terraces, depositing calcium carbonate as it cools and cascades down. At today’s flow rate, over two tons of travertine are deposited daily. But immediately following the global flood, the flow of minerals in hot water would have been much greater, increasing the rate of deposition and generating the terraces more rapidly.

Uluru, also known as Ayers Rock, is a famous landmark in Australia. This giant rock stands over 1,100 feet (340 m) tall in the middle of a flat desert region called the Red Center in Australia’s Northern Territory. The sandstone formation measures almost six miles (9.6 km) around its base and covers an area of over two square miles (5.178 km2).

Inside the sandstone layers making up Uluru are unweathered feldspar crystals. With long exposure to water, heat, and air, feldspar breaks down and then forms clay. If it took millions of years to deposit the Uluru sandstone layers, the feldspar would have broken down and Uluru would be a flat accumulation of clay and sand today. Instead, tectonic activity during the flood tilted and uplifted the hardened sandstone layers that currently make up Uluru. Then the landscape dried out, producing the surrounding desert. 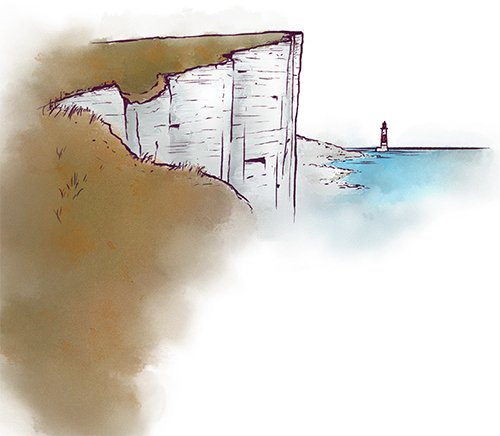 The White Cliffs of Dover are a striking iconic landmark in southern England. Composed of white chalk streaked with black flint, the cliffs run along the southern coast of England, facing the Strait of Dover and country of France.

Chalk is a soft, fine-textured limestone that consists almost totally of the mineral calcite (calcium carbonate), which is formed by the shells of marine microorganisms. According to evolutionists, the chalk beds of Dover were deposited over millions of years as tiny shells sank to the seafloor and mixed with lime.

But slow and gradual processes cannot account for the unusual jumble of deep sea animal fossils mixed with other marine fossils in the chalk, such as fossilized sponges and corals, jaws and teeth of fish, and remains of creatures like turtles, ichthyosaurs, and plesiosaurs. Large amounts of sediments had to bury these creatures instantly before they could escape or die and decay. The chalk beds couldn’t have accumulated slowly since these fossils show evidence of being catastrophically buried. 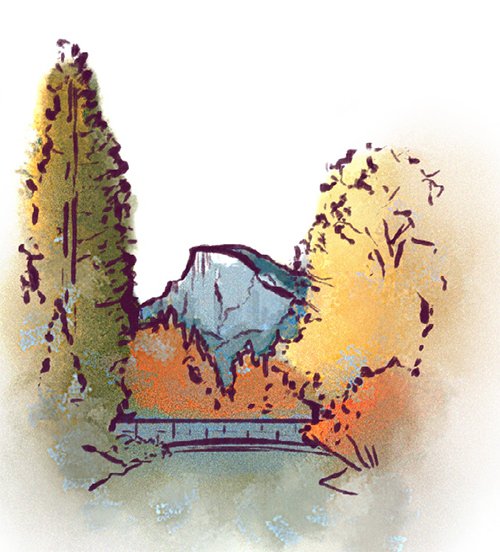 Nestled in California’s Sierra Nevada Mountains is Yosemite Valley. With its sheer granite cliffs and cascading waterfalls, Yosemite is breathtaking. But it hasn’t always looked like this.

The global flood of Noah’s day deposited sedimentary layers across North America. Tectonic plates collided along the West Coast, melting the sediments at depths to produce molten granite that was squeezed up into the sediment layers above. As a result, those layers buckled and uplifted, producing the Sierra Nevada Mountains. The flood waters retreated, eroding most of the sediment layers, exposing the hard granite, and revealing a rugged topography.

In the decades after the flood, heavy rainfall eroded and weathered the granite. Then, during the ice age that followed, heavy snowfall produced massive glaciers. The glaciers traveled down and cut into the mountain valleys, carving sheer walls and revealing features like the well-known Half Dome.

Next Article Experiment: Acids or Bases? 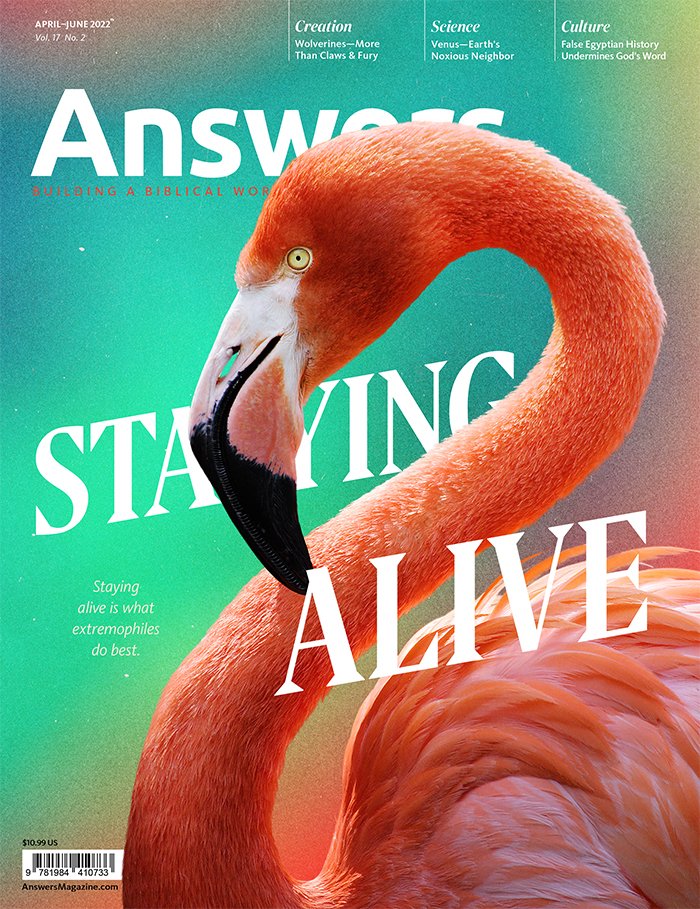 Staying alive is what extremophiles do best.