This miner's hat is rock hard. It was found in a mine in Tasmania where it had been covered with water for more than 50 years. 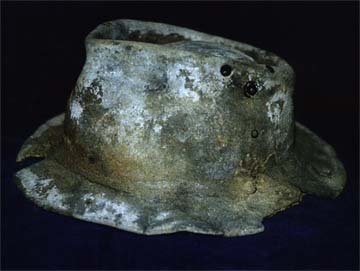 The hat is now on display in a mining museum on Tasmania's west coast.

This quick-forming 'stone' hat adds weight to the claims that creation scientists are correct when they say that thousands or millions of years are not needed to form rocks and fossilize animals and plants.