Squid Was Fossilized Catching Its Dinner 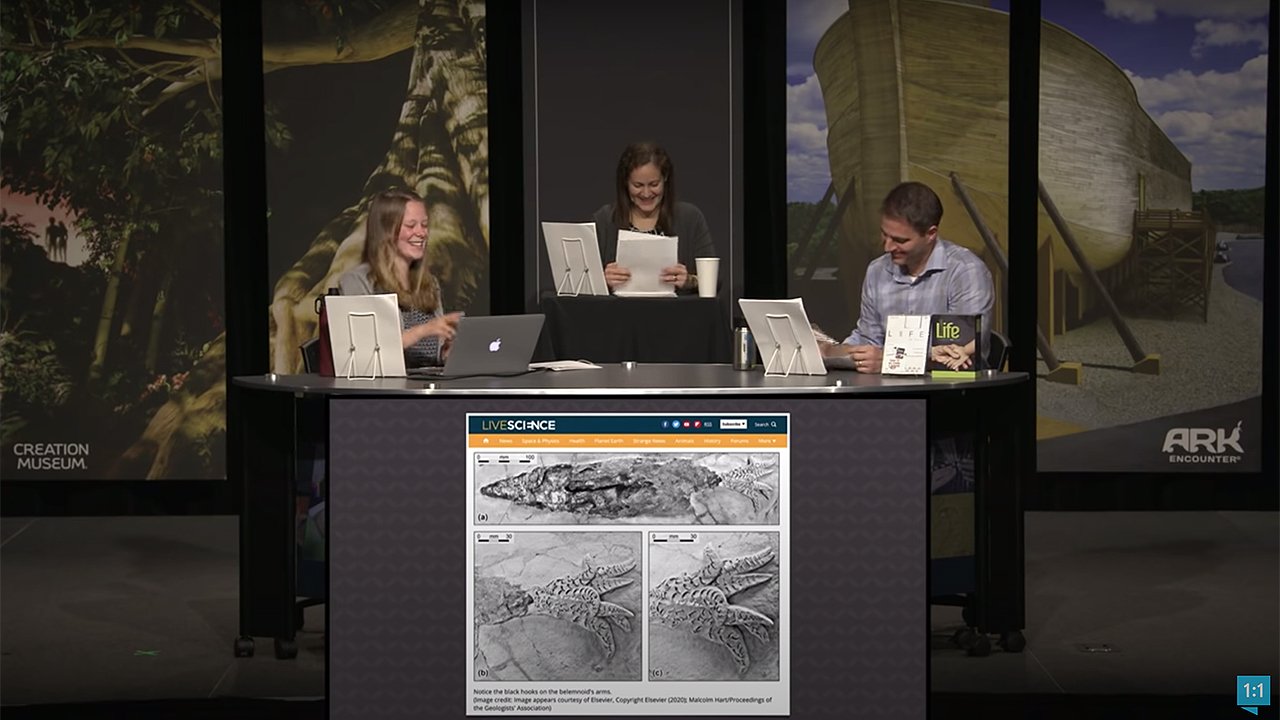 We have an incredible fossil here at the Creation Museum that guests can see in one of our excellent exhibits. It’s a fossil of a fish halfway through swallowing another fish, which was supposed to be its dinner! This fossil clearly points to catastrophic burial—the fish didn’t even have time to finish swallowing its prey before it was rapidly buried.

Well, a fossil discovered off the coast of England tells a similar story. A squid-like creature, called a belemnoid, with “ten arms covered with hooks,” was fossilized with a fish that had been viciously killed, presumably for the belemnoid’s dinner. But it never got to eat the fish; instead, it was catastrophically buried.

This "most unusual, if not extraordinary fossil" is a puzzle for evolutionists. How could it be so remarkably preserved? The lead author of the study, Malcom Hart, offers a possible explanation:

It's possible that the fish was too big for the squid relative, or that it became stuck in the predator's jaws. This could have killed the squid, which would have sunk to the seafloor with its last meal and undergone fossilization.

He notes, however, that this “plot has a few holes.” Namely, if that’s what happened, why weren’t the bodies eaten by scavengers? That’s what happens today when creatures die and sink to the ocean depths.

The researcher goes on to suggest that the creature took its dinner toward the seafloor to eat it undisturbed, but the waters were low in oxygen, suffocating and killing the would-be diner. But that story doesn’t make sense of the other fossils buried with it (“microfossils” that require oxygen). So the article concludes with, “So, it remains a mystery how this squid-like creature and its prey ended up fossilized.”

Well, I submit there’s a possibility the author never mentioned because they start with the wrong starting point (evolution and millions of years). There was a catastrophic global flood that rapidly buried billions of creatures, including this belemnoid, in sedimentary layers, preserving many of them in incredible detail. If these researchers would start with God’s Word, this “mystery” would be solved.

This item was discussed yesterday on Answers News with cohosts Avery Foley, Dr. Gabriela Haynes, and Bryan Osborne. Answers News is our weekly news program filmed live here at the Creation Museum and broadcast on my Facebook page and the Answers in Genesis Facebook page. We also covered the following intriguing topics: