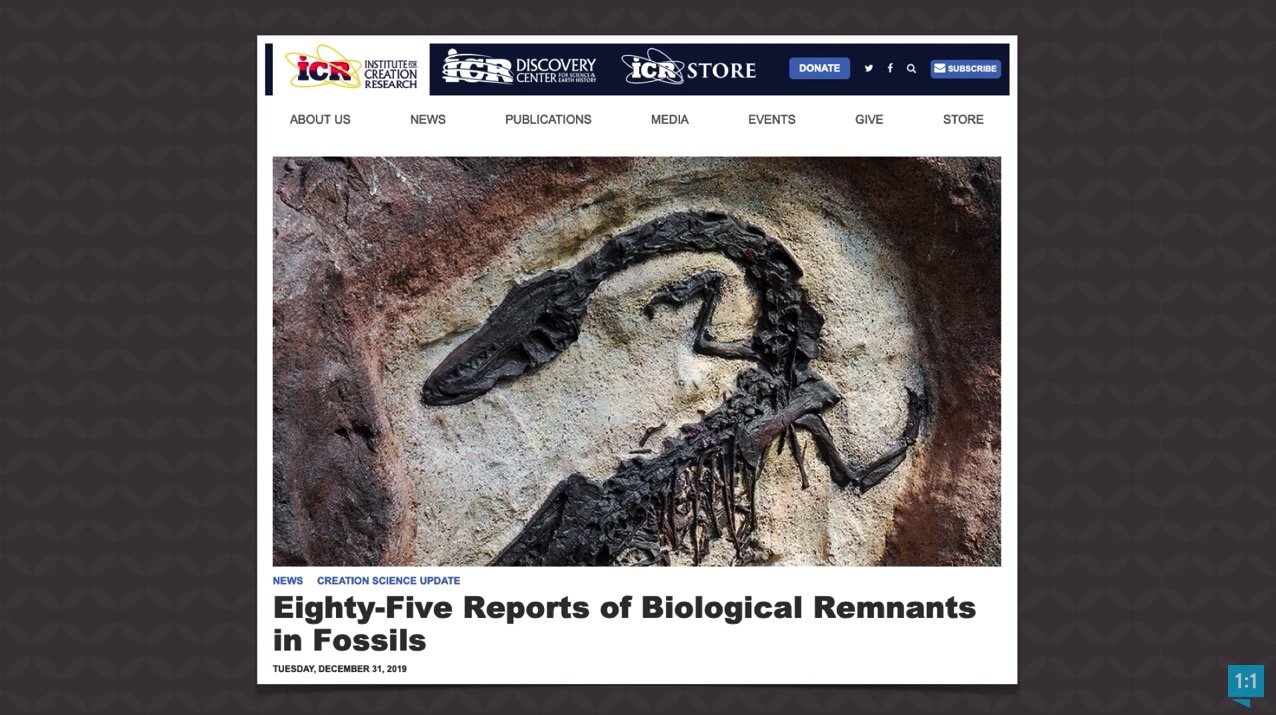 A scientific journal recently published a review of eighty-five reports of “organic remains in fossils.” These included “blood vessels, dried but intact skin, and connective tissues on or inside fossils like dinosaur bones . . . red blood cells and bone cells . . . [and] biochemicals specific to animals (not microbes), including proteins, collagen, elastin, ovalbumin, and keratin.” What was the big takeaway for them from this incredible report? You’ll have to read on to find out!

The Institute for Creation Research wrote an excellent article on the above review. It states that the reports in this review “call for a vast rethink of the mainstream age of fossils,” having revealed these three trends:

What do the researchers writing this report think might explain all these soft tissues and the supposed incredible ages? . . . They basically just say they aren’t sure.

So, what was the big takeaway? What do the researchers writing this report think might explain all these soft tissues and the supposed incredible ages? Well . . . they don’t really know. They admit the soft tissues really shouldn’t be there if they’re millions of years of age, and that experiments confirm that things such as proteins can’t last that long. But they don’t question the ages of the fossils. They basically just say they aren’t sure.

You see, evolutionists must have millions and billions of years even to try to propose their (false) ideas of evolution.

Well, I can give them the answer! These fossils are not millions or hundreds of millions of years old! And the reason why finding such tissues is a global phenomenon is because of a global event! These fossils were rapidly and catastrophically buried during the worldwide flood of Noah’s day, around 4,350 years ago. That’s only a few thousand years, not millions!

When we start with God’s Word, we can make sense of what we observe in the world. Without the history God has given us in his Word, researchers are left with fairy tales and data that makes no sense within their worldview. Science always confirms the Bible!

This item was discussed Monday on Answers News with cohosts Avery Foley, Dr. Gabriela Haynes, and Bodie Hodge. Answers News is our weekly news program filmed live before a studio audience here at the Creation Museum and broadcast on my Facebook page and the Answers in Genesis Facebook page. We also covered the following topics:

Watch the entire episode of Answers News for January 13, 2019.