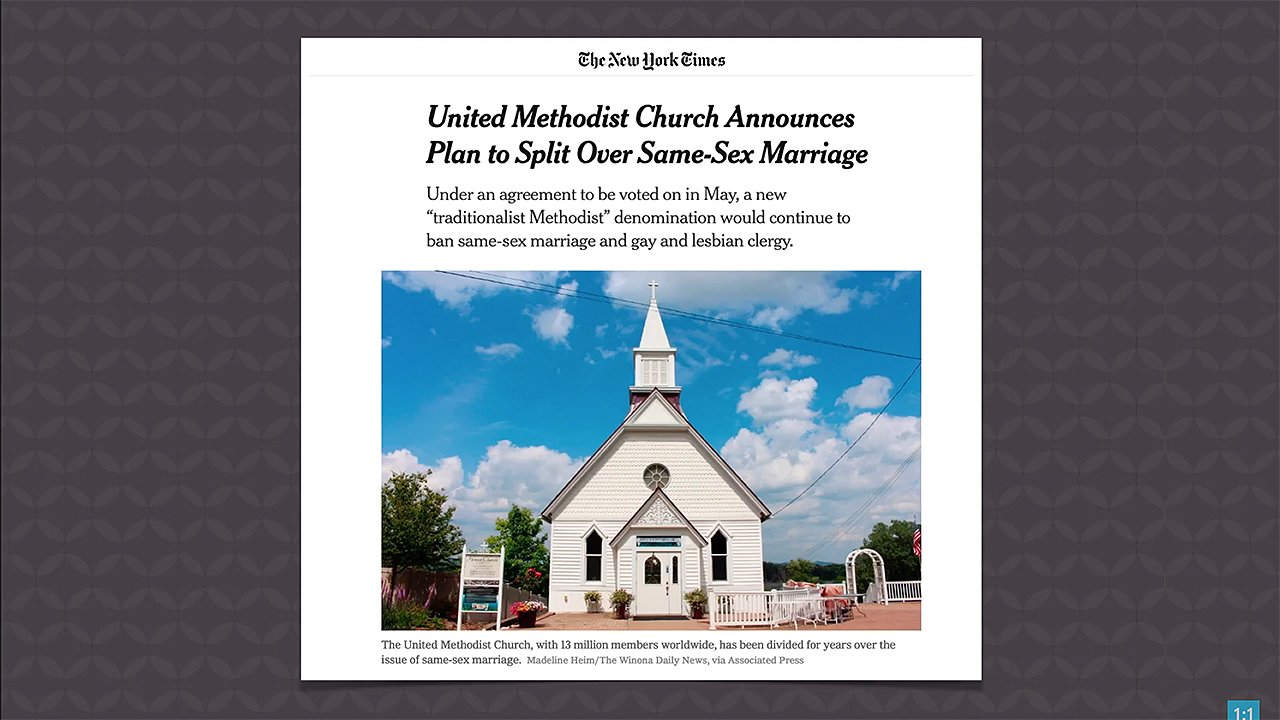 Well, again, it’s no big shock what the issue is . . . gay “marriage” and LGBT individuals. At a general conference last year that was attended by Methodists worldwide, the church voted by a narrow margin to tighten the ban on gay “marriage,” recognizing that it goes against God’s Word (this victory was largely due to churches outside of the US, which tells you something about the sad state of this denomination in the US). That was the culmination of several decades of tension. Since last year’s conference, a split in the denomination—which is not so “united” anymore—seemed inevitable.

The thinking of so many churches on the issue of gay "marriage" is just a symptom of a more significant issue—the foundational issue.

It is correct for this denomination to divide over the gay "marriage" issue—that kind of division is biblical and necessary. But the thinking of so many churches on the issue of gay "marriage" is just a symptom of a more significant issue—the foundational issue.

The real divide needs to be over taking a stand on the absolute authority of God’s Word, beginning in Genesis! Once a church takes a stand on a literal Genesis, everything else follows from that, as all biblical doctrine is ultimately founded in Genesis chapters 1-11. And unless the church takes Scripture as it's meant to be taken (e.g., Genesis is historical narrative), there will continue to be problems over what the church stands for and teaches. The church will continue to be weak, lukewarm, and will not impact future generations and the culture as it should.

We need a generation of Christians who will stand boldly on God’s Word, beginning in Genesis, and will refuse to compromise with the ideas of our day.

This item was discussed today on Answers News with cohosts Avery Foley, Dr. Gabriela Haynes, and Bodie Hodge. Answers News is our weekly news program filmed live before a studio audience here at the Creation Museum and broadcast on my Facebook page and the Answers in Genesis Facebook page. We also covered the following topics:

Watch the entire episode of Answers News for January 13, 2019.