A Model for the Dominion Mandate

What mechanisms have caused bears to diversify since the Flood? What is their role in Creation?

Bears are not companions of men, but children of God, and His charity is broad enough for both. Yet bears are made of the same dust as we, and breathe the same winds and drink of the same waters. A bear's days are warmed by the same sun, his dwellings are overdomed by the same blue sky, and his life turns and ebbs with heart-pulsings like ours and was poured from the same fountain . . .
– John Muir1 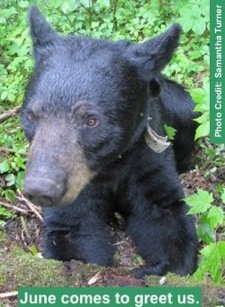 The light rain soaked us as we penetrated deeper into the cedar swamp. The telemetry indicated that a bear was very close, but we could see nothing but green vegetation through the foggy mist. Suddenly, off to our left and through the trees, a black head appeared and gazed at us. It began to circle quietly and collect data the way only creatures designed by Christ can do. Its nose, pinpointing odors much too subtle for ours to detect, took in olfactory bits of human information. Her eyes, contrary to myth, saw us clearly for who we were and appraised us using color vision. But rather than run as most black bears would do, she approached us. For many, this situation would invoke fear and trepidation, but we were inspired by wonder and awe.

I had the privilege of attending a course on black bear behavior through the North American Bear Center in Ely, Minnesota.2 The class was taught by Lynn Rogers and Sue Mansfield who have studied bears for decades. In his early career, Lynn tranquilized bears on a regular basis and many died from the tranquilizer and/or handling stress. Over time, he learned that tranquilizers were not needed and that it was possible to work with wild American black bears through trust, despite our living in a fallen world.

Bears are fascinating creatures and are of interest to creation biologists. They inspire many questions. For example, what mechanisms have caused them to diversify since the Flood? What is their role in Creation? How might understanding more about them, including aspects of hibernation, be useful in helping humans recover from paralysis and certain diseases?3,4 Though John Muir was biblically inaccurate when he said that bears were “children of God,” he did provide some insight that the body of Christ may consider, namely that “bears are made of the same dust as we, and breathe the same winds and drink of the same water . . . and . . . [are] poured from the same fountain . . . .” For too long, the church has taken a back seat to secular science when it comes to biblical stewardship. As Christians, we know that God made humans in his image and created creatures, like bears, to share the planet with us. Is it possible to build a biblically based dominion mandate model that would help biologists steward bears wisely while helping people, especially the body of Christ, to peacefully co-exist and appreciate bears? Can bear habituation to humans be a partial answer?

The concept of bear habituation to humans is controversial, and it is crucial that terms be defined precisely. For example the slogan, a fed bear is a dead bear, continues to persist through certain sectors of society, not because of habituation, but because of food conditioning. Food conditioning occurs when a bear associates people with food and in some situations causes a lot of tension between bears and humans. Food gets stolen, cars and homes are raided, bears show little fear, and authorities often deem these as dangerous situations and remove the troublesome bears. 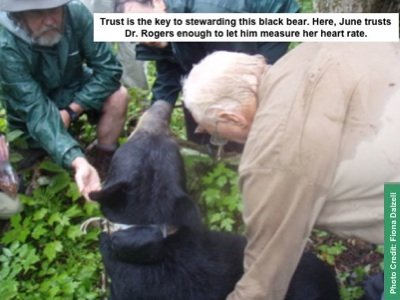 On the other hand, habituation happens when bears become used to people and have learned that nothing bad or good happens in their presence, thereby ignoring them.5 Smith et al. have proposed three types of habituation; bear to bear, human to bear and bear to human.4 Bears are wild animals and have individual temperaments. Some are more prone to habituation than others and one of the more famous examples of bear habituation with humans occurs on Alaska’s Kodiak Island. Human fisherman cast their fishing lines for salmon right next to the largest fishing brown bears in the world, the Kodiak brown (Ursus arctos middendorffi).6

For those who study bears and care about their conservation, bear to human habituation is possible. When done properly, both bears and people benefit. Psalm 8 has some amazing insight into who we are in Christ and our relationship with God’s creatures:

Oh Lord our Lord how majestic is your name in all of the earth . . . what is mankind that you are mindful of them, human beings that you care for them? You have made them a little lower than the angels and crowned them with glory and honor. You made them rulers over the works of your hands; you put everything under their feet: all flocks and herds, and the animals of the wild, the birds in the sky, and the fish in the sea, all that swim the paths of the seas.

What is hard to grasp is that the divine plan before our creation was that we rule the earth and all created life.7 This is a different view than that held by some evolutionary environmentalists who believe that man is a late-coming animal and a planetary disease that needs to be largely eliminated.

In Genesis 1:28, God said to them, “Be fruitful and increase in number; fill the earth and subdue it. Rule over the fish in the sea and the birds in the sky and over every living creature that moves on the ground.” God’s command to have dominion and subdue creation has been misunderstood. It is true that people have used this verse as a justification to harm creatures and ecosystems for careless and selfish gain. However, this is not what the Bible teaches. The Hebrew for having dominion and subduing carries the meaning of being in charge. The word steward comes from the old English word, stigweard, which means “guard of the hall.” The word implies that a steward is responsible for taking care of something for someone else. We are created in the image of our Maker and He has designed us to be the caretakers and protectors of His creation. 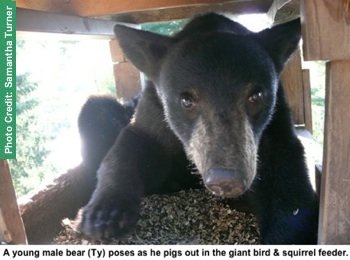 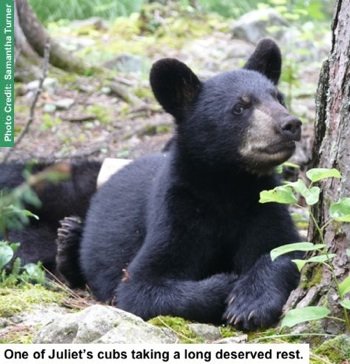 If God made us to rule, what does that look like? Throughout Scripture, God gave beautiful imagery about himself as our Shepherd ruler. He is our model of what true stewardship and dominion looks like.

Life for the Judean shepherd was difficult. “On some high hill across which at night the hyenas howl, when you meet him, sleepless, far sighted, weather beaten, leaning on his staff, and looking out over his scattered sheep, every one of them on his heart, you understand why the shepherd of Judea sprang to the front in His people’s history; why they gave his name to their King . . . why Christ took him as the type of self sacrifice. Constant vigilance, fearless courage, and patient love for his flock were the necessary characteristics of the shepherd.”8

The boy-shepherd and psalmist King David writes, “The LORD is my shepherd, I lack nothing. He makes me lie down in green pastures, he leads me beside quiet waters, he refreshes my soul. He guides me along the right paths for his name’s sake. Even though I walk through the darkest valley, I will fear no evil, for you are with me; your rod and your staff, they comfort me.”9 The shepherd ruler is a servant ruler. He leads in wisdom so that his sheep are guided, refreshed, and encouraged. When danger comes, the lives of his sheep come first, ahead of his own. At the end of the day, as the sheep were gathered into the fold, the shepherd would hold the rod across the entrance, low to the ground, and every sheep had to pass under it.10 This was done so that each sheep could be examined carefully for any injuries that it may have received that day. Then the shepherd would tend to them as needed. His rod and staff were truly for their safety and protection and for those reasons, bring great security.

God has given us great responsibility in representing him to one another and to His creatures. In the case of Lynn Rogers and Sue Mansfield, they have built a trust with various bears (mostly females) in a way that they can be studied in the wild. Technology has come a long way and radio collars are equipped with GPS units so that biologists can view a computer monitor in the office and locate each bear’s general location. They can drive to that location and use radio telemetry to pinpoint the bear’s exact position. When Rogers and Mansfield approach, the bears may or may not be interested. If they are interested they will investigate and may be given nutritious nuts or grapes with the initial greeting. This is the time when things like radio collar batteries can be replaced, pulse and respiration can be checked, and milk production of lactating females can be analyzed. The bears allow them to work this close and researchers can avoid using tranquilizers and other invasive techniques. Bears are not food conditioned but habituated, and, once the initial greeting with a treat is completed, the bears ignore them and go about their daily routines. Bear behavior, ecological relationships, and wild food foraging can be observed, recorded, and filmed in close proximity.

Today, because of a dominion mandate principle called trust, our knowledge of black bears is increasing rapidly. Shouldn’t the church be at the forefront of these worthy activities as God is glorified, people are helped, and God’s creatures are appreciated for the gifts that they are?

Our Awesome Creator and Savior

As Rogers led us into the swamp that misty day, the radio telemetry brought us right to where the sow was resting. The slowly approaching female turned out to be June. Though June is a wild bear and is approximately nine years old, she knows Dr. Rogers. Her trust enabled us to understand that relationships with humans and wild bears are possible and can teach us much about their lives. The interaction with that gentle female helped us to dispel myths that die hard and showed us it was possible to steward wild black bears. More importantly I was in wonder and in awe of Jesus Christ, our Shepherd Ruler and Creator.

[Note: Please understand that this article is speaking of a method that researchers use. Anyone else—especially those unfamiliar with bear behavior—should always regard these beautiful beasts with proper respect for their strength in light of a fallen world, where large animals can harm people. Proper safety should always be exercised around any wild animals. Know the types of bears and risks in an area you plan to visit and be aware of relevant safety protocols. The U.S. National Park Service has several tip sheets. Yellowstone Park, for instance, has both grizzly and black bears and offers safety tips and information for both types on their website (www.nps.gov/yell/planyourvisit/bearenc.htm) and in their brochures. Please also see: Clarifications Regarding Stewarding American Black Bears.]