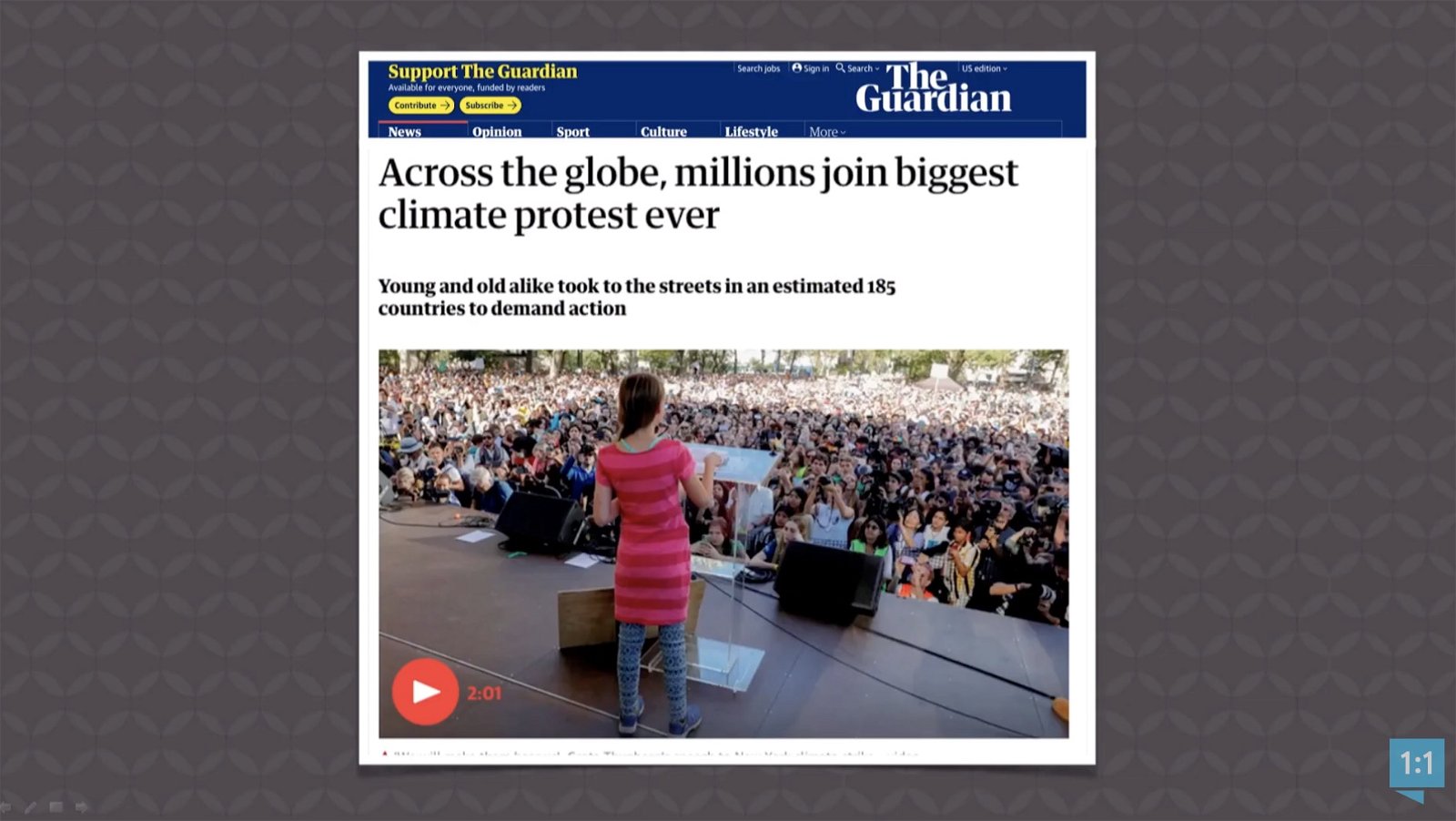 The topic of climate change is always in the headlines. But it’s been dominating the news lately because of the Climate Change Summit and the climate change protests from young people around the world. These young people are rallying to demand that governments take their future seriously and to enact radical policies to limit carbon emissions. Some (including teenagers) are even signing a pledge that they won’t have children until the government does something about climate change! Is this climate change hysteria justified?

Since the 1960s, scientists and government leaders have been warning of catastrophic environmental failure, largely due to climate change.

Well, at the same time as this item was dominating the news, a collection of headlines from around the world was released titled, “Wrong Again: 50 Years of Failed Eco-pocalyptic Predictions.” Since the 1960s, scientists and government leaders have been warning of catastrophic environmental failure, largely due to climate change. But their predictions don’t come true!

Some of these failed apocalyptic scenarios include:

Of course, none of these (and many other) predictions have come true. This track record should cause everyone to pause and consider that the issues are much more complicated than they appear (and just maybe our climate, and the systems that control it, were created by an all-knowing Creator!). Climates change, but why they change doesn’t seem to be as straightforward as we’re often told.

And yes, there are genuine and important environmental issues going on around us right now. As God’s stewards who have been given dominion over creation, there are things we should be concerned about, and we should strive to change so creation can continue to be used for our good and God’s glory. But we should be doing so with a proper perspective, not with climate-change hysteria.

Such hysteria has really resulted from generations of young people not being taught how to think and being brainwashed in secular philosophy!

You can learn more about climate change in this talk from Dr. Alan White (who holds a PhD from Harvard), streamed live from the Creation Museum:

Discover Answers at Our 2020 Easter Conference

It’s vital that we, as believers, have worldviews driven by truth and God’s Word, not the hysteria now overwhelming the culture.

Climate change is an extremely contentious social issue right now. It’s impacting how young people in particular view the world, the decisions they make for the future, and economic and social patterns. It’s vital that we, as believers, have worldviews driven by truth and God’s Word, not the hysteria now overwhelming the culture. That’s why our 2020 Easter conference (April 9–12) at the Ark Encounter will focus on climate change.

We will address physical climate change, alarmism, and what Scripture says about our job as good stewards of creation. We’ll also discuss the spiritual climate change we’re seeing in Western nations, and how we can effectively share the gospel in our increasingly secular world. It’s going to be a remarkable and unique conference, and I encourage you to make plans to join us in northern Kentucky (south of Cincinnati). See all the details, and register today, on the events page of our website.

This item was discussed today on Answers News with cohosts Bodie Hodge and regular guest Roger Patterson. Answers News is our weekly news program filmed live before a studio audience here at the Creation Museum and broadcast on my Facebook page and the Answers in Genesis Facebook page. We also covered the following topics: