How Old are Saturn’s Rings? 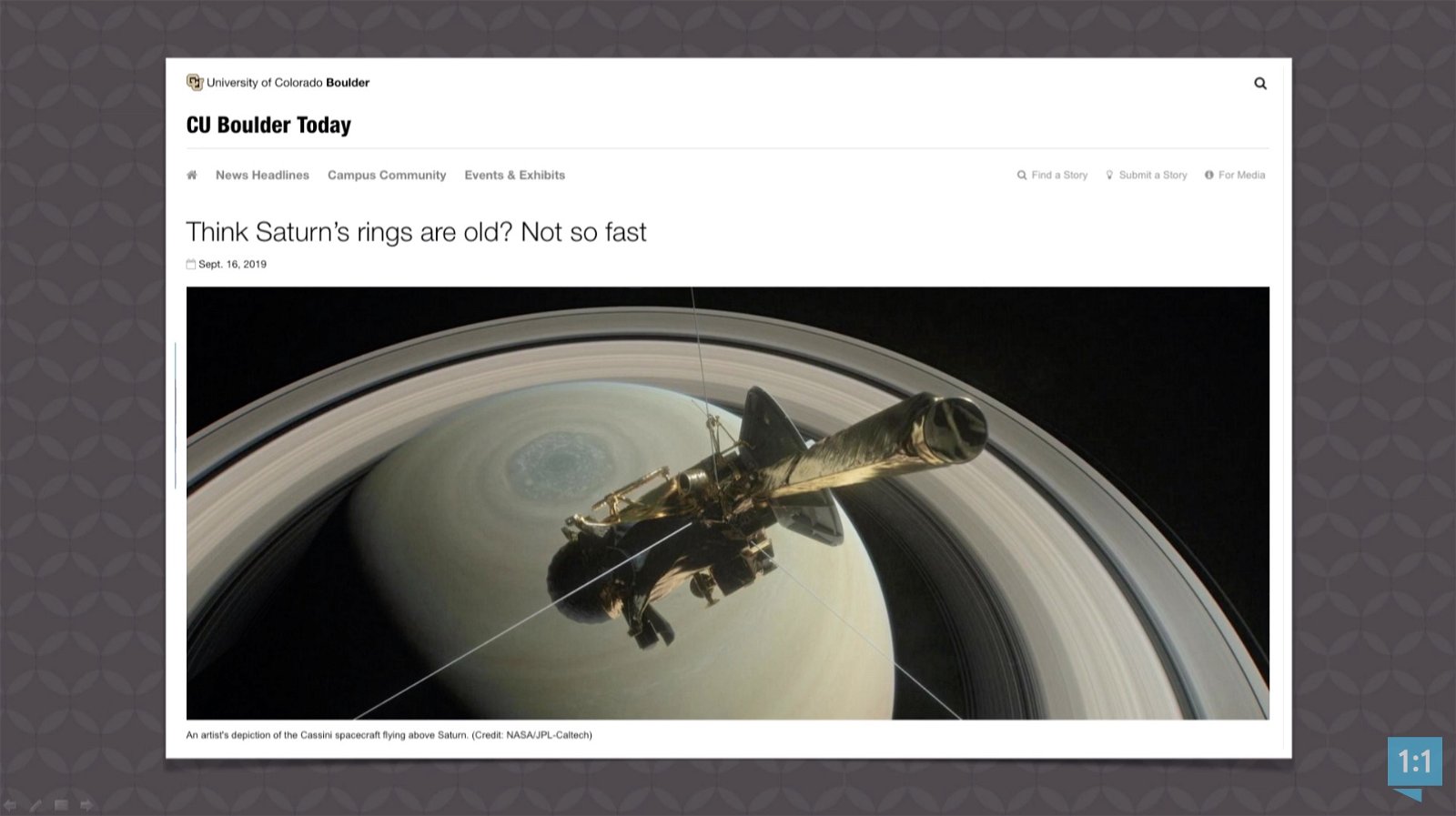 Naturalistic scientists disagree on the age of Saturn’s rings. NASA’s Cassini spacecraft had a planned crash into the planet in 2017. The data that it gave was interpreted as evidence that Saturn’s pristine rings formed just 200 million years ago in the evolutionary timescale of our solar system. But a new study disagrees. It states that “processes that preferentially eject dusty and organic material out of Saturn’s rings could make the rings look much younger than they actually are.” This study says the rings are 4.5 billion years old.

So exactly how old are Saturn’s rings? Starting with God’s Word, we know neither of these dates above is correct!

Saturn’s rings are made up of billions of particles of dust, rock, and ice, all orbiting the planet together. Each ring orbits the planet at a different speed and is stable and unique enough that each ring, and the gaps between, has its own name. And we can only see these rings from earth because Saturn has a tilted axis.

How did these beautiful rings form? Well, evolutionists believe they formed from asteroids crashing into the planet or its moons, causing a circle of debris. Or perhaps Saturn’s strong tidal forces tore apart a satellite. But the data from Cassini showed that the gravitational pull of these rings is too light for them to have lasted billions of years and that they are also too clean to be that age. The rings are pristine and beautiful.

The rings don’t point to billions of years and random chance processes. They point to God’s creative handiwork.

The rings don’t point to billions of years and random chance processes. They point to God’s creative handiwork. The reason these rings are still so pristine is that they were created by God just 6,000 years ago, on day four of creation week. Naturalistic scientists have a difficult time explaining these rings because they didn’t form naturalistically—they were created by God to display his glory.

Discover more about Saturn and the age of Saturn’s ring in this article from Answers magazine, “Saturn—Jewel in the Creator’s Showcase.”

This item was discussed on Monday on Answers News with cohosts Bodie Hodge and regular guest Roger Patterson. Answers News is our weekly news program filmed live before a studio audience here at the Creation Museum and broadcast on my Facebook page and the Answers in Genesis Facebook page. We also covered the following topics: