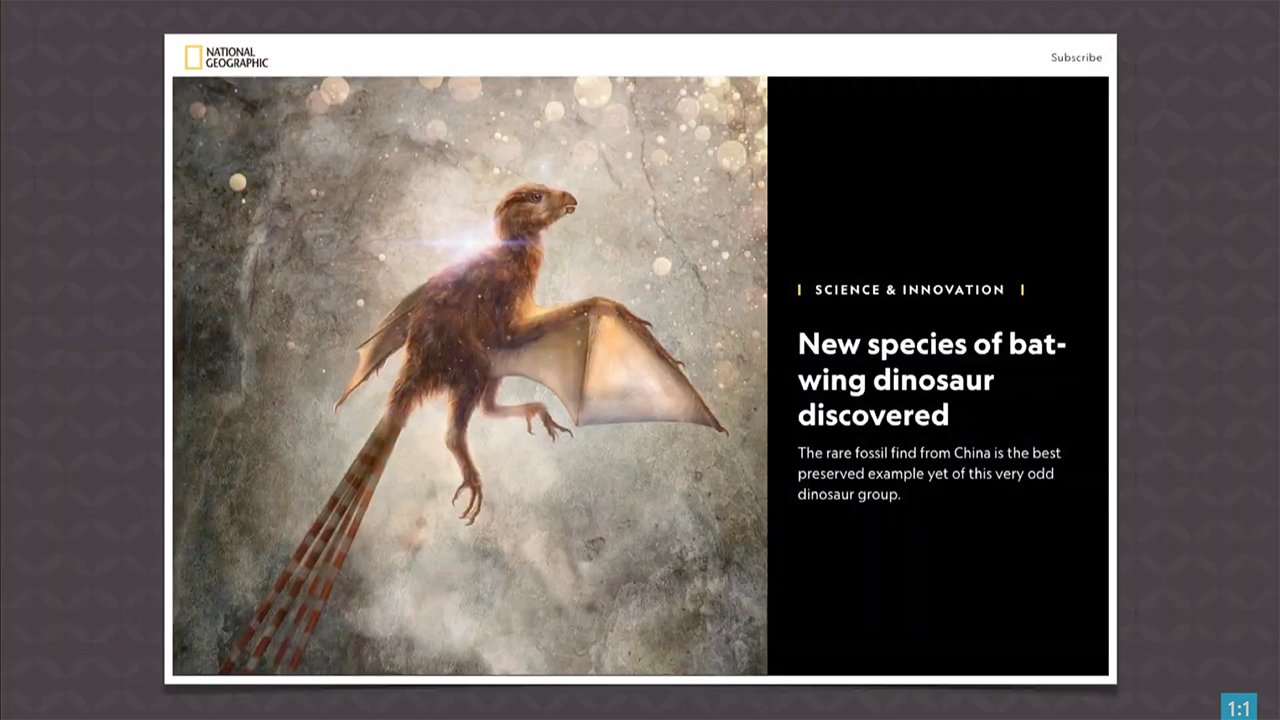 Headlines around the world are announcing the discovery of a new species of “bat-wing dinosaur” uncovered in China. Researchers are dating this find at 163 million years old. They claim this new species, Ambopteryx longibrachium, had a membranous wing, similar to bats, and that it was a non-avian theropod (read: dinosaur) that represents a dead-end in the evolution of flight. But what was this creature?

Dr. Gabriela Haynes, a paleontologist who works with our research department, analyzed the scientific paper, published in the journal Nature. Dr. Haynes said when she first read one of the popular science articles on Ambopteryx it was pretty puzzling and she wondered what she was going to say about it. But when she went to the scientific paper and the supplemental information in Nature, she began to wonder if she was reading the right paper that went along with the popular article—they were so different!

The researchers claim it is a dinosaur, but it contains many features that make such a designation questionable.

Dr. Haynes says the first thing to examine is the identification of the fossil—to which class of animals does it belong? The researchers claim it is a dinosaur, but it contains many features that make such a designation questionable.

The creature featured gizzard stones, a pygostyle to anchor tail feathers, possible feathers (which could also be degraded collagen fibers, so that is unclear), relatively long forelimbs, and a foot-and-claw arrangement similar to those of perching birds. Also, it has an initial size estimate of a mere 57 grams (which was later changed to 307 grams using a different technique to make it fit with the family this fossil is attributed to; the researchers note they are unsure which size estimate is correct). These are all bird-like qualities. Indeed, one popular article on this research said the lead researcher thought it was a bird (birds are not supposed to have evolved 163 million years ago) when he first started examining the fossil but changed his mind when he saw the uniquely large fingers, a feature not found in any known bird.

Dr. Haynes notes there are techniques, such as chemical analysis and transmission electron microscopy, that would have given them more information about the presumed feathers. But they didn’t use these techniques, so it’s unclear whether these features are really feathers. 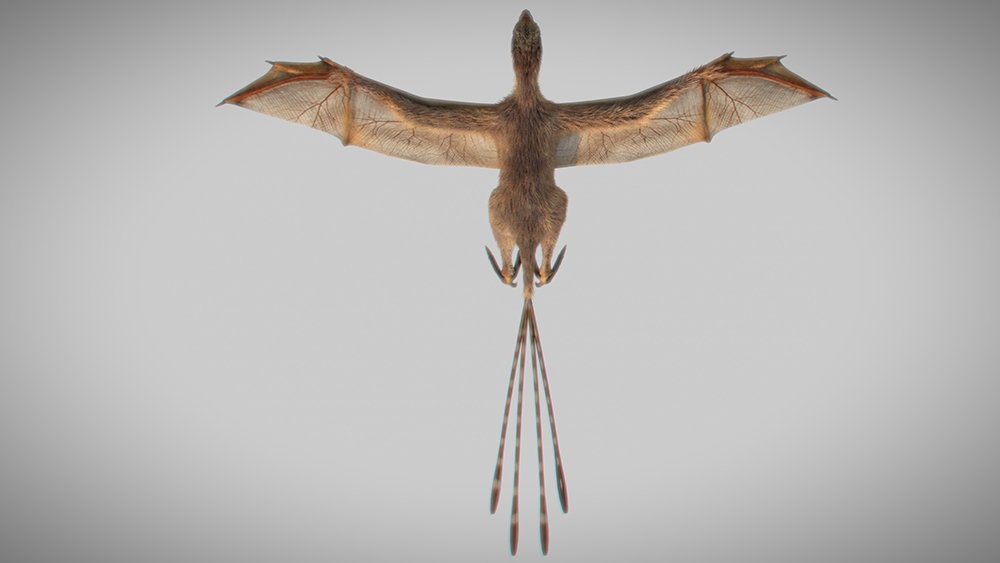 In the paper, the researchers claim that much of the soft tissue belonging to the supposed membranous wing was lost during cleaning. But if it was lost, how do they know it was there in the first place? They even state they found only “potential traces of the membranous wings,” so it’s unclear if this specimen even had the presumed “bat-like” wings. Dr. Haynes says the researchers make a lot of claims, but they are not all supported by the data in the paper.

So, was it a kind of bird that has gone extinct since the flood? Possibly.

So, was it a kind of bird that has gone extinct since the flood? Possibly. It certainly looks more like a bird than a dinosaur! If it was a bird, the long fingers are certainly unique, and it will take more research to discover how this particular creature was designed. But what we do know is that it was designed to do what it did, and it did it well!

But even if (and that’s a big “if”) further research and new specimens conclusively show that this new species (possibly a bird species) does have bat-like, membranous wings, it still tells us nothing about the evolution of flight (evolutionists now believe flight evolved four times in dinosaurs alone!). That’s an interpretation imposed on the evidence and certainly not one demanded by the evidence.

Interestingly, the stomach contents (which included tiny pebbles to help crush food, a feature found in many birds) of Ambopyterx were preserved. This specimen had to have been buried quickly in order to preserve stomach contents, which otherwise would have quickly rotted away or been scavenged. That points to rapid burial, not the slow-and-gradual processes we observe today. This creature was buried during the global flood of Noah’s day.

One of the most important things to remember is the difference between observational and historical science.

As Christians, we need to be discerning when we read the news. And one of the most important things to remember is the difference between observational and historical science.

Creationists—such as paleontologist Dr. Haynes, quoted above—look at the exact same research and come to very different conclusions because of a different starting point. She starts with the foundation that God’s Word is truth and therefore she sees this fossil as an example of some of the incredible diversity God created, and that each creature—including this one—was created fully formed and functioning. The reason for the two different interpretations is two different starting points (man’s word vs. God’s Word).

The issue isn’t the evidence—the real battle is over starting points!

This item was discussed today on Answers News with cohosts Dr. Georgia Purdom, Bodie Hodge, and Bryan Osborne. Answers News is our twice-weekly news program filmed live before a studio audience here at the Creation Museum and broadcast on my Facebook page and the Answers in Genesis Facebook page. We also covered the following topics:

Watch the entire episode of Answers News for May 9, 2019.