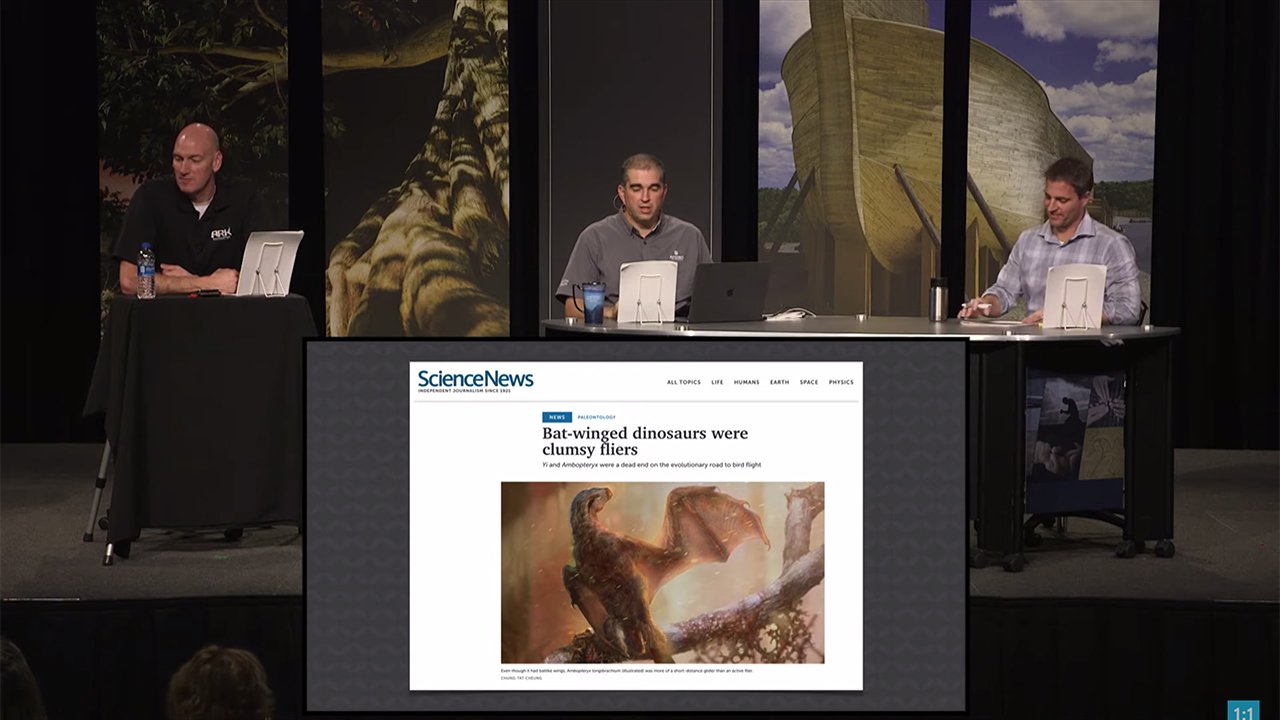 Back in 2019 I blogged about a new “dinosaur” discovery—a “non-avian theropod” with bat-like, membranous wings. In my blog then, I quoted paleontologist Dr. Gabriela Haynes, who studied the research paper and supplemental materials. Based on the actual documented evidence (and freed from underlying assumptions about evolution and millions of years), Dr. Haynes argued that this so-called “dinosaur” may have been a bird that may, or may not, have had “bat-like” wings. Well, this bird is in the news again.

This time around, Ambopteryx longibrachium and another presumed membranous-winged creature, Yi qi (discovered in 2015), are making headlines for being “clumsy fliers” and “failed experiments” on the evolutionary path to avian flight. According to a new analysis, “these two dinosaurs had vastly different wing structures from the feathered-wing fliers — proving that these two flight strategies evolved independently of one another.” They claim Ambopteryx and Yi could only briefly glide from tree to tree, rather than being able to sustain flight.

What should we make of this new update? Well, we should recognize what one researcher said: “’the fossil record of this group is really bad.’ With so few fossils, many poorly preserved, any such calculations are going to be based on ‘very poor data.’” It’s important to keep the fragmentary nature of the fossil record—especially for certain species like these two—in mind.

Instead it highlights the creativity of the Designer who has made many different creatures that glide through the trees (for example, Draco lizards, flying squirrels, and sugar gliders), perhaps including a membranous-winged one.

It’s possible, as Dr. Haynes said back in May 2019, that this is a bird species or some previously unknown creature with bat-like, membranous wings. But, regardless of what it ends up being, it tells us nothing about the evolution of flight (which evolutionists believe has happened multiple times in dinosaurs alone!). Instead it highlights the creativity of the Designer who has made many different creatures that glide through the trees (for example, Draco lizards, flying squirrels, and sugar gliders), perhaps including a membranous-winged one. The ideas about evolution are just an interpretation imposed on the evidence.

This item was discussed yesterday on Answers News with cohosts Roger Patterson, Tim Chaffey, and Bryan Osborne. Answers News is our twice-weekly news program filmed live before a studio audience here at the Creation Museum and broadcast on my Facebook page and the Answers in Genesis Facebook page. We also covered the following topics:

Watch the entire episode of Answers News for November 4, 2020.