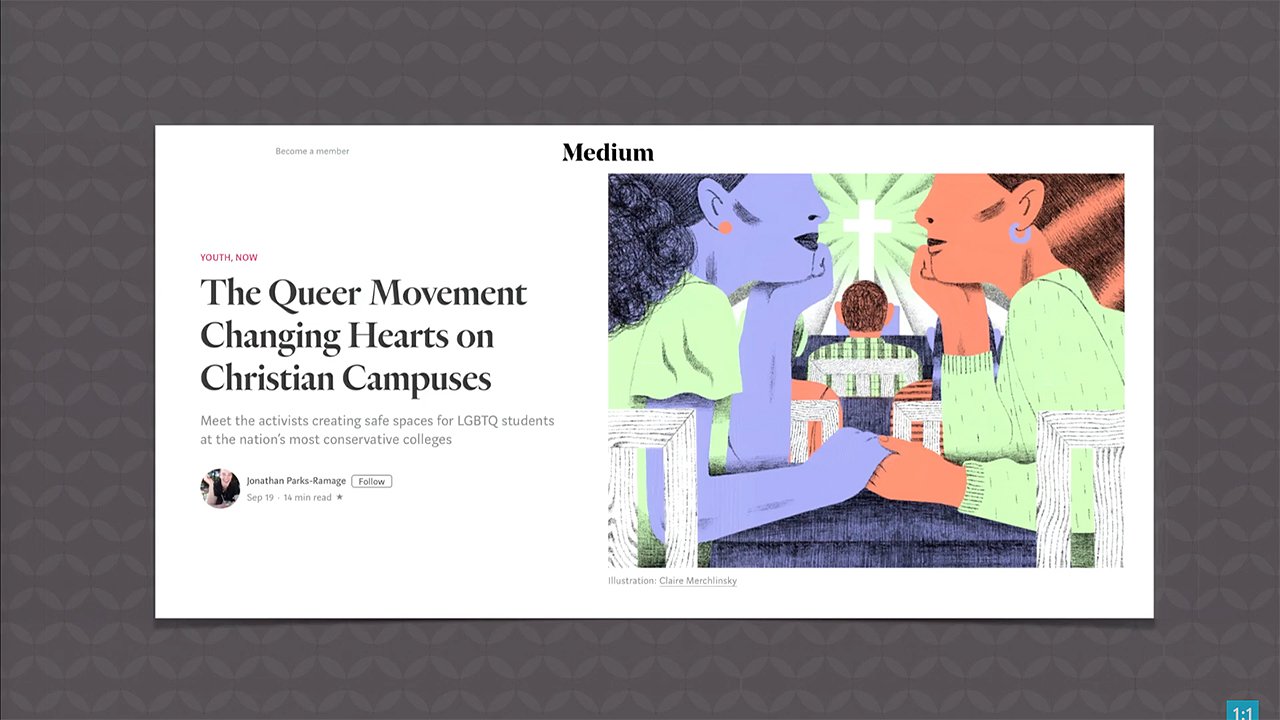 Many Christian colleges and institutions—indeed, Christians themselves—stand at a crossroads right now. They can either choose to cave to intense cultural pressure and embrace LGBT ideology at the expense of biblical truth and obedience to God and his Word (as this article attempts to get them to do) or they can choose to stand strong, believing God’s Word over the growing cultural clamor and landslide of personal narrative that urges them to be “inclusive,” “loving,” and “tolerant” of what the Bible clearly says are sinful practices and lifestyles.

God’s Word gives us direction on how to think for such a time as this—what will we do? These institutions would do well to ponder this verse: “We must obey God rather than men.”

God’s Word is clear on the issues of both homosexual behavior and transgender issues (Genesis 1:27; 2:24, Romans 1:26–28, 1 Corinthians 6:9–10). The issue has never been about God’s Word being “fuzzy.” Christians throughout the ages, and the nation of Israel before them, knew what God’s view on sexuality was. It’s only in the last few years, as the culture has done everything it can to insist everyone condone and embrace LGBT ideology, that Christians have begun to question the clarity of God’s Word on this issue.

They question the clarity of God’s Word and try and insist each passage that addresses this issue means something it doesn’t on the basis of personal narrative.

And what have they been using to undermine God’s Word on this topic? The same tactic the devil used on Eve! “Did God really say?” (Genesis 3:1). They question the clarity of God’s Word and try to insist each passage that addresses this issue means something it doesn’t on the basis of personal narrative. They tell stories of professing Christians who identify as LGBT, highlighting their struggles with Christians who don’t embrace and celebrate their rebellious and sinful lifestyle, portraying it as discrimination (as Isaiah 5:20 and Romans 1:32 point out). These stories are supposed to replace biblical truth and, sadly, it’s working.

It’s not surprising this is happening, considering most Christian colleges have told students they don’t need to take Genesis as written and can reinterpret it based on the dominant belief in the culture—evolution and millions of years. No wonder students then see no problem with reinterpreting passages that deal with gender, marriage, and homosexuality.

Many Christians—especially those in the Millennial and Z generations (today’s 20-somethings and younger)—are rejecting biblical truth and embracing this false teaching. Partly because they don’t know what God’s Word teaches, haven’t been taught how to think biblically or foundationally (starting with God’s Word as their foundation), and partly because they are increasingly persuaded, not by God’s Word, but by personal narrative.

Now, personal narrative isn’t without value. The stories of others can be helpful in understanding how we should respond, ensuring we aren’t hurting our gospel witness by our approach (which should always be with gentleness and respect. See 1 Peter 3:15). But they aren’t the final word. God’s Word is. It’s the authoritative word from our Creator and nothing—not even stories meant to tug on our heartstrings—take precedence over the truth of God’s Word.

I urge Christian colleges, Christian institutions, churches, and individuals to stand strong on God’s Word even when the culture is determined to fight until there’s no longer any opposition to the sexual revolution. As the prophet Isaiah reminds us:

The grass withers, the flower fades,
But the Word of our God will stand forever.

The truth found in God’s Word will outlive the sexual (and homosexual and transsexual) revolution. And eventually all those who flaunted their rebellion in the face of their Creator will bow the knee and recognize him as Lord (Philippians 2:10–11). Until that day, we as believers must remain steadfast, holding onto the truth that we know from God’s Word, as we compassionately—and truthfully!—engage this culture with the gospel of Jesus Christ.

The news item this blog was inspired by was discussed today on Answers News with regular cohost Bodie Hodge and frequent guest Avery Foley, a staff writer at AiG. Answers News is our twice-weekly news program filmed live before a studio audience here at the Creation Museum and broadcast on my Facebook page and the Answers in Genesis Facebook page. We also discussed the following topics:

Watch the entire episode of Answers News for November 5, 2018.