The End of the World Is Coming Soon!—Unless It Doesn’t! 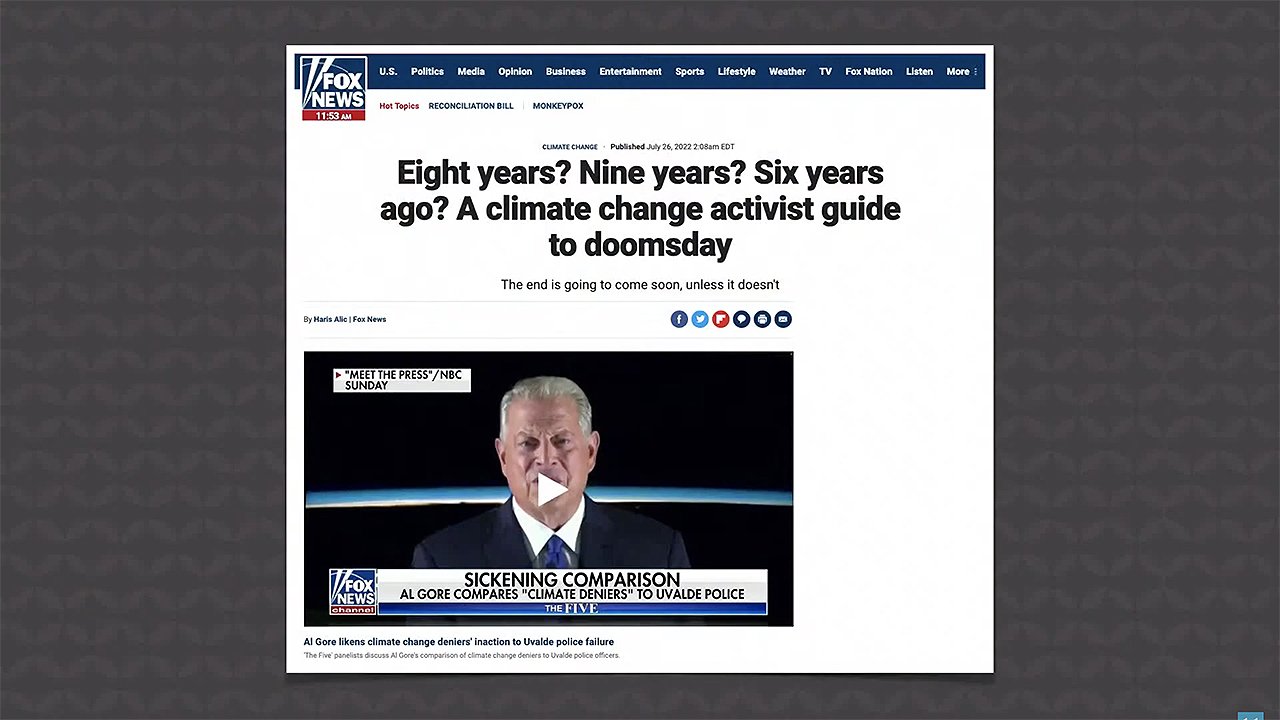 How long do we have left before doomsday scenarios begin to play out? Well, that depends on who you ask. A recent article highlighted several answers from prominent politicians and activists who argue we must take “immediate action” or crisis will arise by 2030; the “Climate Clock” says we must make drastic changes by 2029; Rep. Alexandria Ocasio-Cortez said in 2019 that the world would end in twelve years; and still others say “the planet is dying” and we just have a few years left.

But, as the article points out,

The “doom and gloom” claims of the past simply haven’t come to be. (I’m old enough to remember when global cooling was the perceived threat, and then it was global warming, and now it’s just climate change!) For example, Al Gore predicted the North Pole would likely be ice free for at least part of the summer by 2013. That has yet to happen.

They have the wrong starting point (man’s word) and the wrong history (evolution and millions of years), so they come to wrong conclusions about the future.

Really, this zealous climate activism is a false religion with false prophets. These activists and scientists have no idea what is really happening or what is going to happen. And they ignore much of the history concerning climate data. That’s why the predictions are constantly wrong! They have the wrong starting point (man’s word) and the wrong history (evolution and millions of years), so they come to wrong conclusions about the future.

This false religion is inconsistent because, from their secular perspective, when these people die, they’re done. That’s it; they won’t exist anymore. Eventually everyone dies and ceases to exist, and someday even the universe dies. So, life is ultimately purposeless and meaningless—so why even care?

But we don’t need to wail and bemoan the future. The only true Creator has promised, “While the earth remains, seedtime and harvest, cold and heat, summer and winter, day and night, shall not cease” (Genesis 8:22).

I discussed this item on Monday on Answers News with cohosts Dr. Georgia Purdom and Rob Webb. Answers News is our weekly news program filmed live before a studio audience and broadcast on my Facebook page and the Answers in Genesis Facebook page. We also covered the following topics:

Watch the entire episode of Answers News for August 1, 2022.