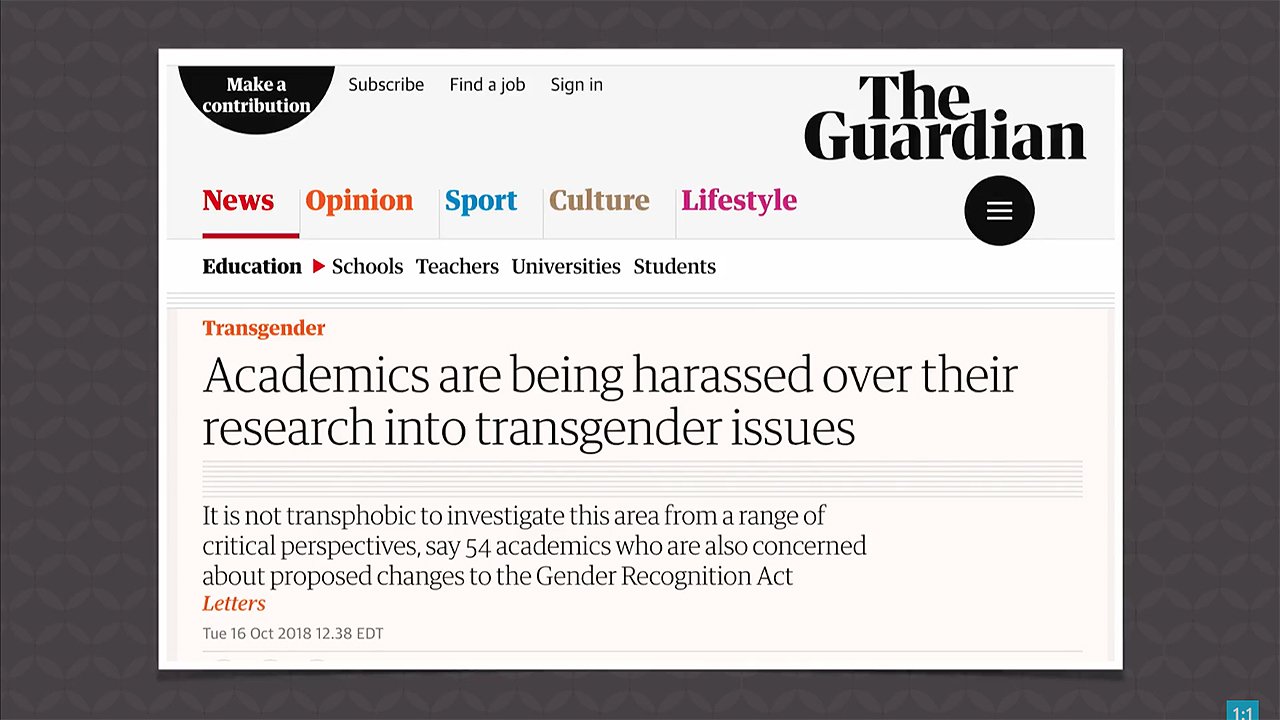 In theory, science is about free inquiry and challenging long-held assumptions in a search for the truth. In practice, it’s often driven by unproven assumptions, faulty frameworks, and political correctness. A recent letter in the Guardian (a UK publication), signed by over 100 academics in a vast range of scientific disciplines, expresses their concern over the “suppression of proper academic analysis and discussion of the social phenomenon of transgenderism.”

The letter expresses the concerns these academics have about scientific freedom in research, particularly regarding the issue of gender. They claim members of their group have faced harassment and attempts to censor their research simply because others don’t agree with the results and conclusions of the research.

Of course, such discrimination and harassment is nothing new to creationists—highly qualified creation scientists have suffered from such things for decades. For example, AiG’s Dr. Andrew Snelling, a highly qualified geologist, was denied permits to remove rocks from the Grand Canyon simply because of his creationist beliefs. Praise the Lord, the case was settled out of court in his favor (on the basis of 1st amendment rights) and he was able to do his research.

Many people view science as a neutral discipline but it is not.

Many people view science as a neutral discipline but it is not. Everyone comes to their research with a set of assumptions they use to interpret what they find. And the logical conclusions of the research are often rejected, ignored, or, in many cases, never even considered if they don’t align with the mantra of the day (e.g. an old earth/universe, biological evolution/man caused climate change, etc.). In the social sciences, research critical of popular ideas regarding gender is, according to these academics, at risk of suppression, censorship, or the loss of critical grant money.

This should be a reminder that the research published in scientific journals isn’t the final answer on anything. It’s subject to change—and there may be competing ideas or interpretations that never saw the light of day because they didn’t agree with the status quo! Our only source for absolute, unchanging truth is God’s Word. And God’s Word plainly teaches we were created male and female, in the image of God (Genesis 1:27).

Watch the entire episode of Answers News for October 25, 2018.