In just a few months, I’m headed “down under” to speak at a special conference in sunny Queensland, Australia. I’ll be speaking at Dunamis Church in Tanah Merah on Friday night, January 31, and again Sunday morning, February 2. I hope you can join me! 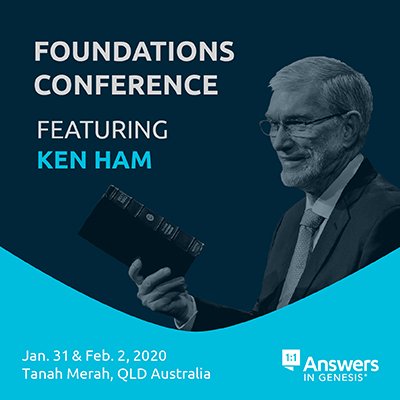 Over those two days, I’ll be giving four talks, including:

If you live in the Tanah Merah area, I encourage you to join me at this free conference. You’ll be equipped to think biblically, beginning in Genesis, on science, the age of the earth, so-called “race,” and more. I hope to see you there!

Answers in Genesis is having a phenomenal impact in Australia. AiG speaker Bryan Osborne spent over two months in Australia speaking at about 50 events in the major cities and other areas across this vast nation. I hope you can join me at Dunamis Church in January or February.