My longtime, dear friend, Buddy Davis, celebrates his 70th birthday today. Happy birthday, Buddy! I’ve known Buddy, and his wife Kay, for half my adult life and they’ve been an integral and vital part of AiG and the Creation Museum. When you visit us, you’ll see Buddy’s sculpted dinosaurs throughout the museum.

His dinosaurs are found throughout the museum and have been seen by millions of people.

Many years ago (September 1994), AiG co-founders, Mark Looy, Mike Zovath, and I went to visit Buddy and Kay in their cabin way back in Amish country in Ohio after a conference. While we were there, I saw Buddy’s sculpted dinosaurs. I commented that they would be great for the Creation Museum we were hoping to build someday. Buddy said he and Kay really wanted their dinosaurs to be used by the Lord to teach others about the truth of his Word and the gospel, and so the relationship between AiG and Buddy and Kay soon began. Now his dinosaurs are found throughout the museum and have been seen by millions of people.

Buddy also speaks and sings for us. He gives many concerts here at the Creation Museum, as well as around the world. He’s released dozens of albums, including a brand-new CD, I Want to Thank You, Jesus, that features some of his favorite hymns and his most-requested songs re-recorded (you can get a sneak peek of some of those songs below). Many of the featured songs from his albums and Creation Museum concerts are unique and based on our talks and our message.

Title song from Buddy's new album I Want to Thank You, Jesus.

“The Old Rugged Cross” from Buddy's new album I Want to Thank You, Jesus.

As a gift for his 70th, my wife, Mally, and I presented Buddy with a muzzle-loading rifle a few days ago, and he just loves it. Hopefully, we can tear him away from it long enough for him to perform another concert or two!


We also presented Buddy with a cake, which he and our staff enjoyed. 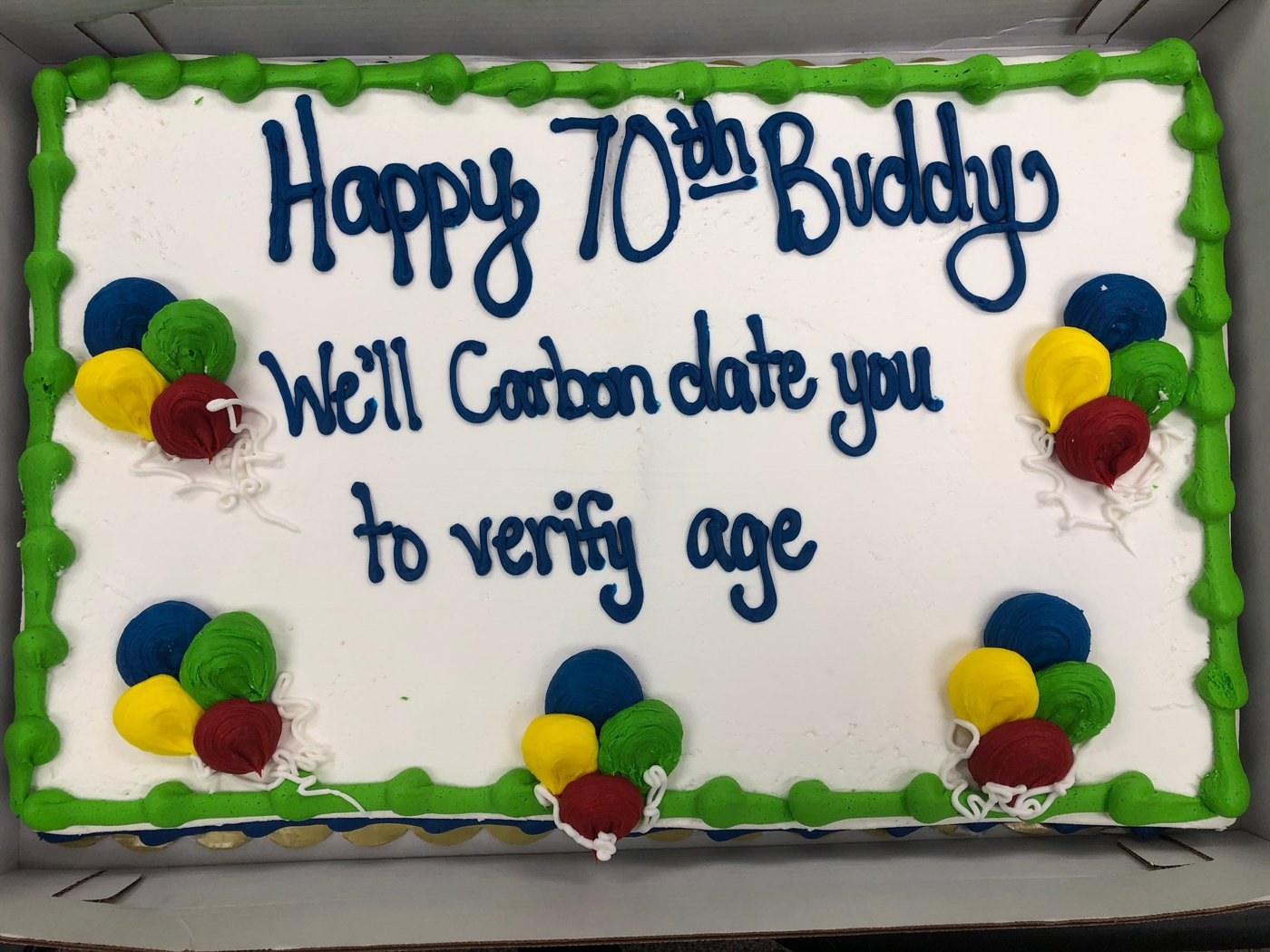 Well, Buddy, it’s been a lot of years. Thank you for your service to AiG and the Creation Museum but, most importantly, to the Lord. So many people have heard the life-saving message of the gospel because of your ministry. We trust you’ll still be singing and going on crazy adventures when we celebrate your 80th!

Previous Article Join Me in Niagara Falls for a Family Vacation to Remember Next Article Do Creationists Make Testable Predictions?