Hundreds of thousands of Creation Museum visitors have relaxed under the dome of our planetarium and enjoyed a Bible-affirming program. We hear from so many guests that the planetarium shows were a highlight of their museum visit. One presentation (which we’ve had since the planetarium opened in 2007), Created Cosmos, is a particular favorite as it leaves viewers in awe of the vastness of the universe and the grace of our Savior who came to this little planet to die for mankind. But, as I announced last week on my blog, it’s time for an upgrade! Our state-of-the-art planetarium is no longer, well, state of the art, as the technology is tired and challenging to keep going.

We’re excited to upgrade the planetarium, which will open a host of new options for presenting the truth that the heavens declare the glory of God.

As you can imagine, a show that was written in 2006 using 2006 technology for a 2007 launch—no matter how well done by 2006 standards—isn’t as good as what we can do in 2019! And more than that—the replacement parts to fix the projector we use are so outdated, we’re having a hard time finding them! We’re excited to upgrade the planetarium, which will open a host of new options for presenting the truth that the heavens declare the glory of God.

But before I get to the excitement of what’s coming, I thought I’d take you on a trip down memory lane. I found some old photos of the construction of the original planetarium that has served guests and proclaimed God’s truth so well for over a decade. It took so many generous people giving sacrificially (including someone from Northern Ireland who donated the custom carpet), to bring this planetarium to life. And their giving was certainly not in vain as hundreds of thousands of guests have been impacted by this incredible show. We’re excited to upgrade the facility so more hundreds of thousands, even millions, of people can get the biblical perspective on the heavens that is so lacking in today’s secularized, evolutionary culture. 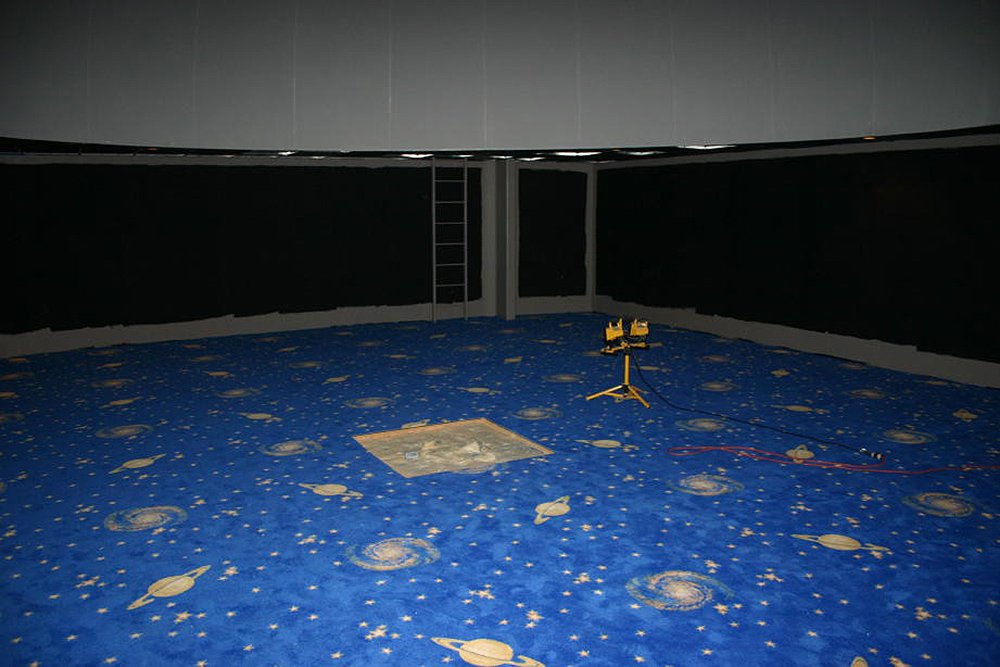 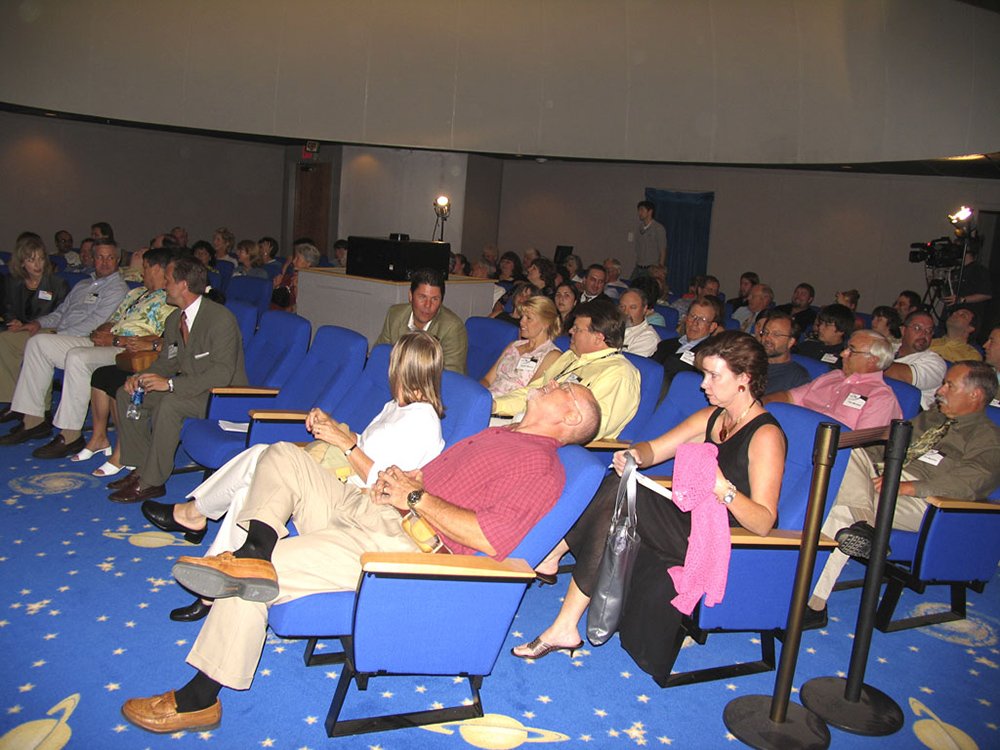 These seats came from Norway in 2006 and required special contractors to install them: 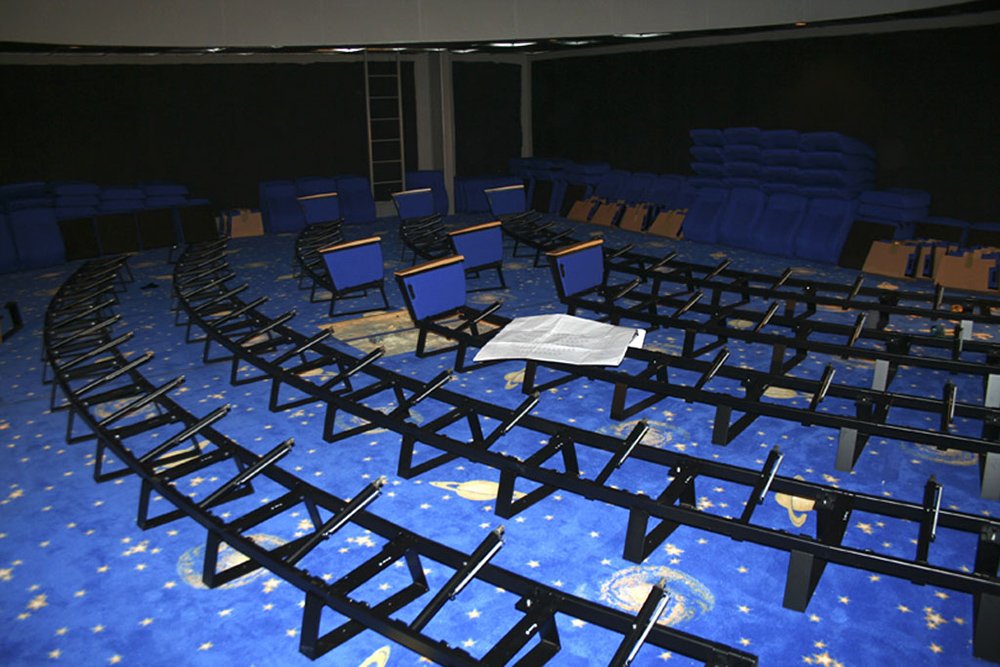 This photo (featuring Creation Museum designer Patrick Marsh, board member Tim Dudley, and me) was taken the day both the planetarium, and our Dragon Hall bookstore were dedicated on July 16, 2006, before the museum opened. As you can see, I haven’t changed a bit! 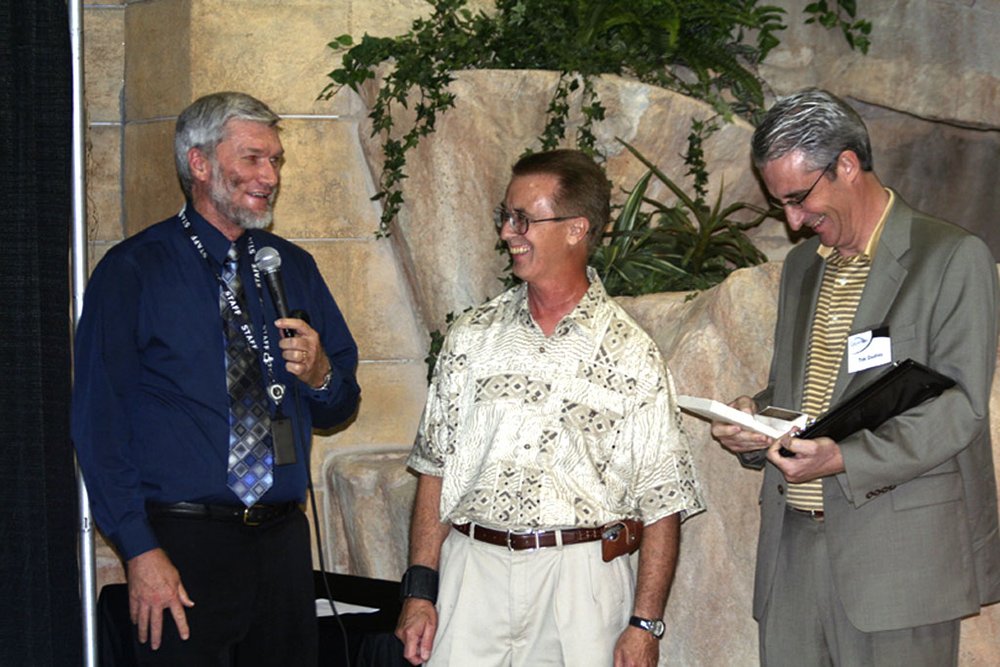 A new tilted dome will give guests a much better viewing experience from every seat, with better acoustics to allow for better program immersion.

We were thrilled to dedicate the planetarium back in 2006, and we’re equally excited to be upgrading this God-honoring facility. A new laser projector will replace the existing projector we can’t find replacement parts for anymore. This projector will give us an 831% increase in brightness and a 355% increase in resolution (and will save us $10,000 a year in projector bulb replacement!).

An upgrade of the software and components will replace 13-year-old technology that’s been running 10 hours a day for about 13 years! It will also allow us to host many different programs within the planetarium. A new tilted dome will give guests a much better viewing experience from every seat, with better acoustics to allow for better program immersion. And this new technology will allow us to use the planetarium for special teaching programs. 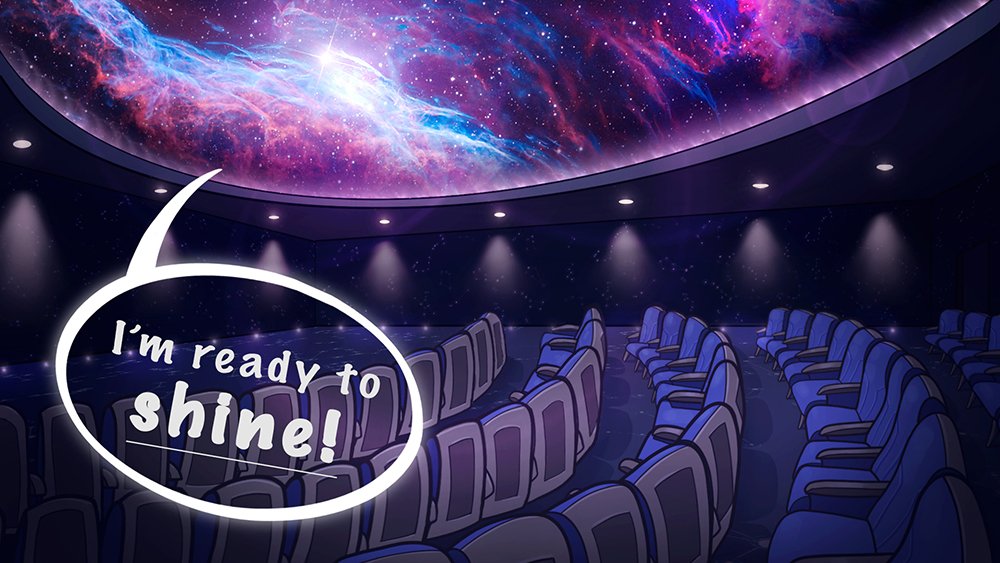 All of this will, Lord-willing, be finished in the in early 2020. We’re excited about this necessary upgrade, and we hope you are too! Astronomy is nearly always used to espouse the big bang, billions of years, and alien life and evolution—and yet, the Bible tells us “the heavens declare the glory of God” (Psalm 19:1). Join us in declaring this biblical truth to the world by donating to this upgrade. We truly can’t do any of what we do without your generous support.

Learn more and give today at AnswersinGenesis.org/donate.