Discover the Real History of the Ice Age

The ice age, a time of wooly mammoths, saber-toothed cats, and glaciers, may seem like a great mystery. But it’s not a mystery when we start with the history found in God’s Word. Indeed, that history actually explains how an ice age is even possible—in a secular worldview it’s very difficult to explain one ice age, let alone the many that secularists believe in.

Now, you may be wondering what the Bible says about the ice age. Well, the Bible doesn’t specifically tell us there was an ice age, but we can observe today that there was indeed an ice age. The evidence it left behind is all around us—including in the glaciers that still exist at the poles. But the Bible gives us the history we need to understand this event.

In order to produce an ice age, three basic things are needed:

What could give us all three of these conditions? Well, the global flood of Noah’s day and its aftermath would! Volcanic and other geological activity during and after the year-long flood would warm the oceans. This same volcanic activity would fill the air with ash and dust particles, reflecting sunlight back into space, cooling the air and the continents, and providing the necessary cooler summers.

We know from the geologic record that during and after the flood, the world saw intense volcanic activity. Some of these volcanos dwarf even the largest eruptions in recent history. The flood of Noah’s day (about 4,300 years ago) and its aftermath formed the perfect conditions for an ice age to encapsulate much of the globe in ice and snow.

As the oceans cooled and the continents warmed, the ice age peaked and began to subside. The glaciers began to retreat and now exist largely at the poles. During this time, many creatures thrived and, as the ice age ended and conditions changed, they died out or lost the gigantic varieties. Others died out due to the harsh conditions of the ice age. 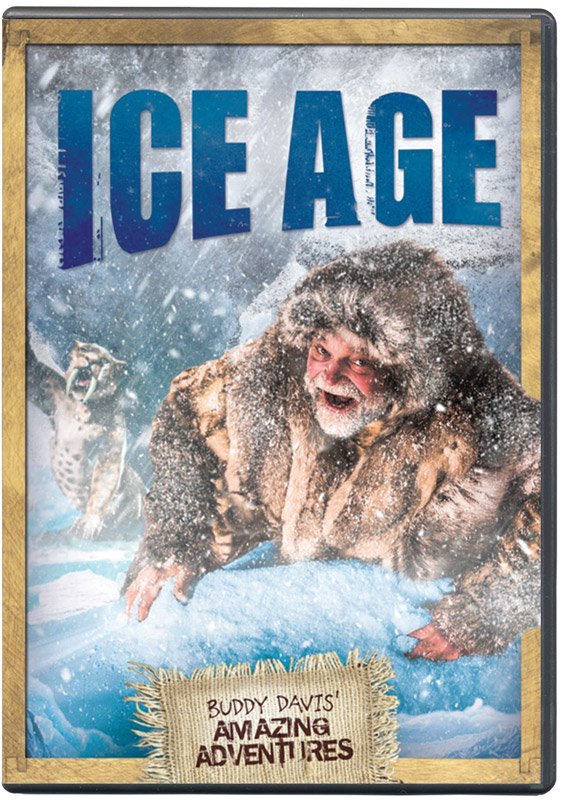 Amazing Adventures with Buddy Davis: Ice Age and much more are now available on PureFlix.com!

Teaching Children about the Ice Age

Want to share the real history of the ice age with your children or grandchildren? I encourage you to share my good friend Buddy Davis’ (dinosaur sculptor, singer and songwriter, and adventurer) award-winning DVD, Buddy Davis' Amazing Adventures: Ice Age, with them. Kids (and adults!) love Buddy’s music, jokes, and teaching—kids will be having so much fun singing and laughing along with Buddy they won’t even realize they’re learning!

This video is available on our online store and is also featured on the leading faith and family video streaming service PureFlix.com. Eventually all of our videos (that’s more than 500 videos!), including the other titles in the Buddy Davis' Amazing Adventures series, will be featured on the Answers in Genesis channel on PureFlix.com at no additional cost to subscribers. This will allow even more people to see our excellent content. For the cost of about one DVD a month, you can have access to all of our faith-building content (plus all the other content on PureFlix.com)!

Learn more, and try a free one month trial today, at PureFlix.com.