There are some things you’ve just got to see in person to comprehend. One of these is the life-size Noah’s Ark at Ark Encounter in Northern Kentucky—pictures just don’t do it justice. Another, so I’m told, is Goliath’s spear (1 Samuel 17:7). Two visionaries, with the help of expert craftsmen and Answers in Genesis’ correspondence representative Troy Lacey, have crafted six spears, made to the same dimensions, of the same sorts of materials, and using the same methods that the giant Goliath’s spear would have most likely been crafted, according to their research. 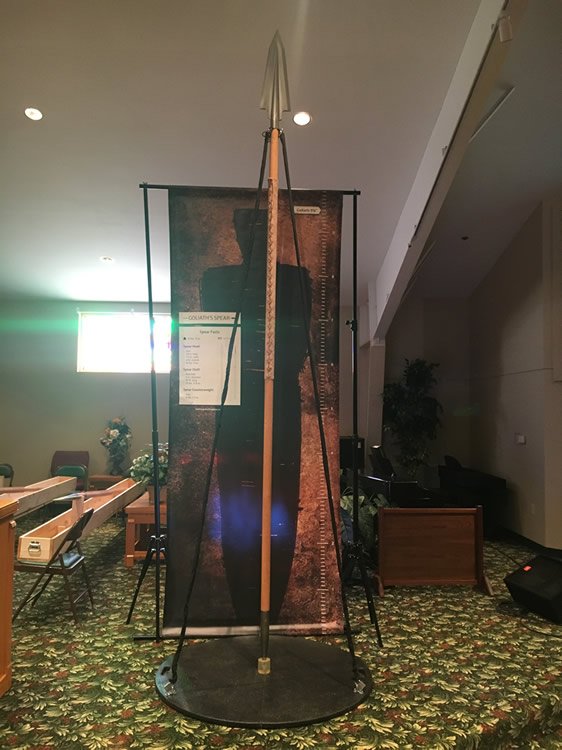 Sheldon Rhodes and Chris Allen have worked since 2013 to first determine what Goliath’s spear would have looked like, what materials it would have likely been made from, and how it would have originally been crafted. They reached out to Answers in Genesis for help in researching this project, and Troy Lacey, who handles phone, email, and letter correspondence, provided them with historical data. In thanks for his efforts and the on-going work of the Creation Museum in sharing the message of biblical authority and the gospel, Sheldon and Chris donated one of their spears to the Creation Museum. 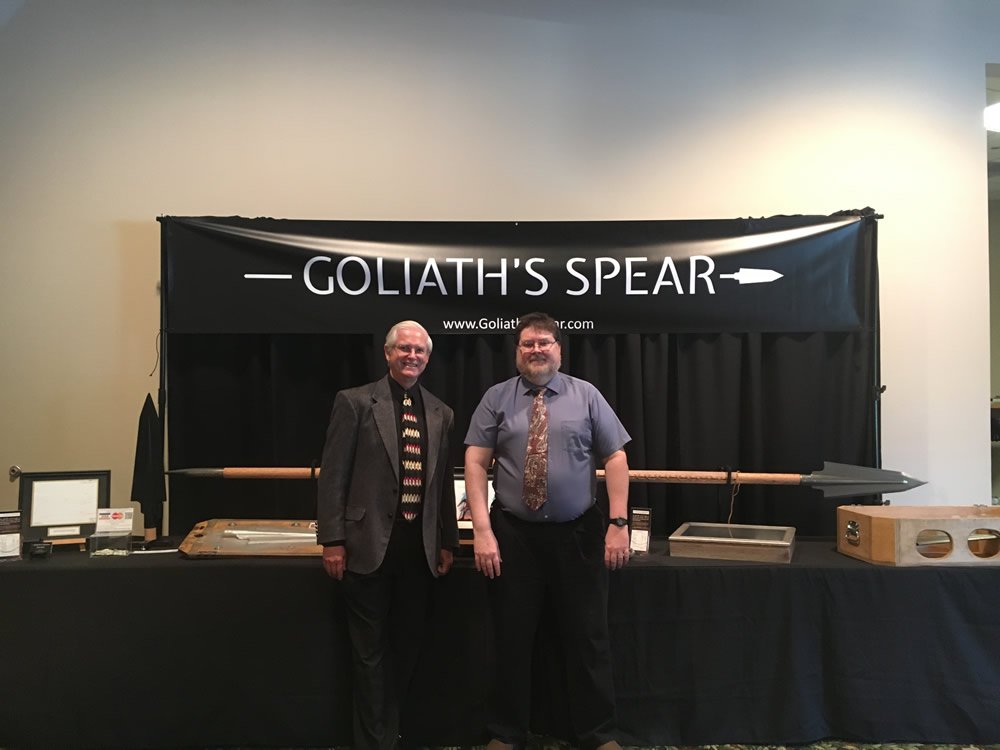 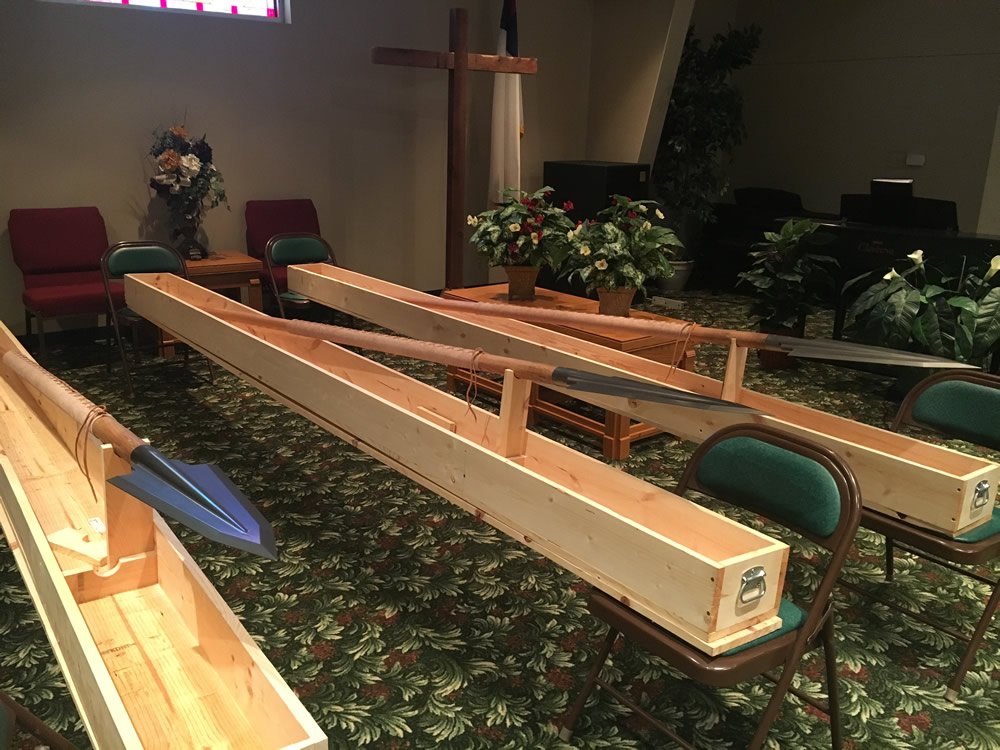 They presented the spear to us at a banquet near Grand Rapids, Michigan. Troy Lacey, and another staff member, Avery Foley, attended the banquet and accepted the spear on behalf of the museum. One other spear was donated to the pastor who inspired the idea and another was given to the Israeli Embassy. 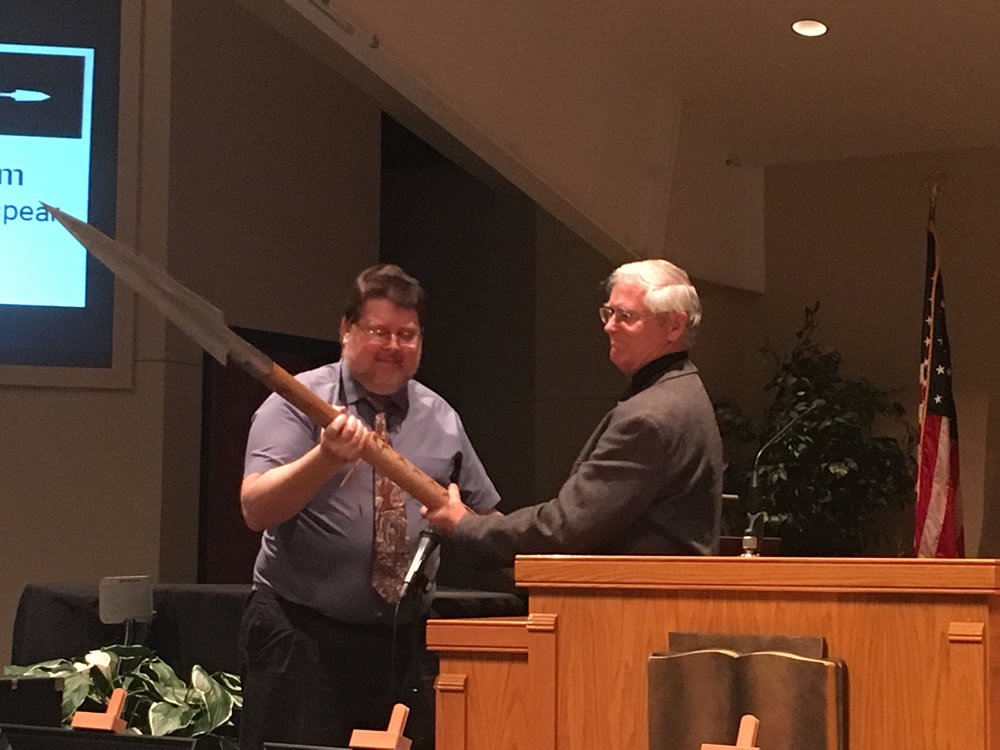 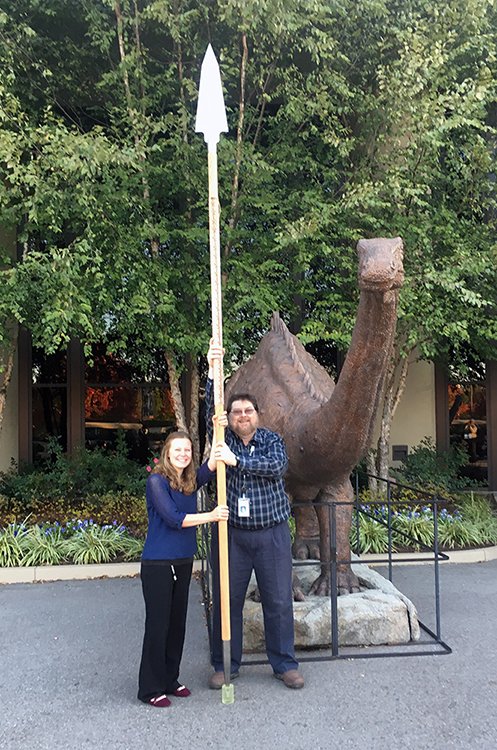 Staff members Troy Lacey and Avery Foley were on hand to accept the spear outside the Creation Museum when it was delivered. 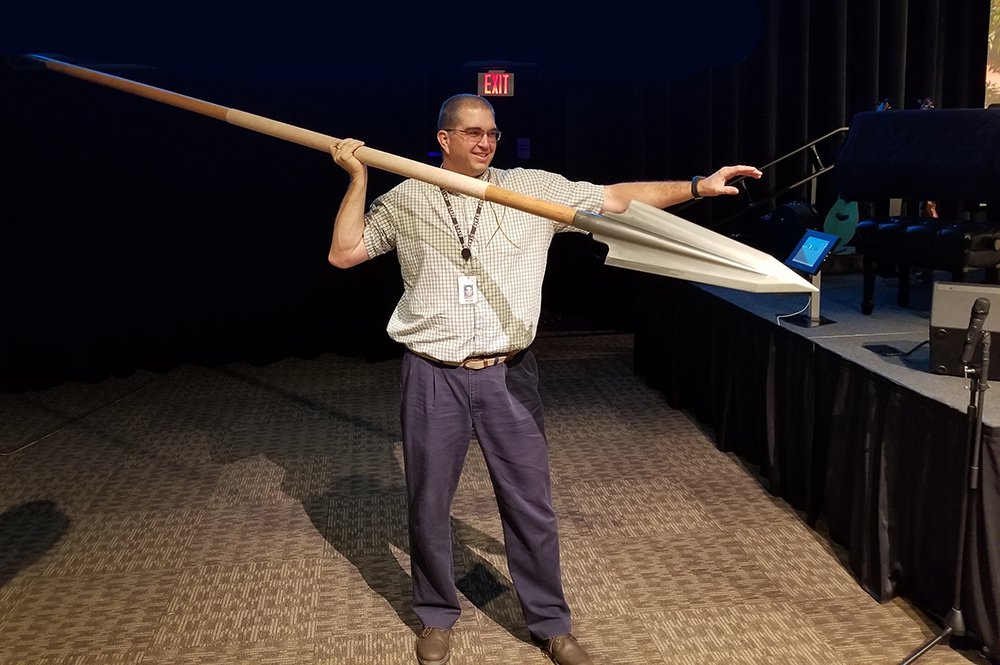 Roger Patterson, one of our tallest staff members, poses with the spear during our Reformation Day staff meeting.

Sheldon Rhodes, a child evangelist and founder of Jest Kidding, will be taking three of the spears on the road. Through church, Christian school, or other presentations, he will show children and adults the truth and historicity of God’s Word and the greatness of the God who defeated Goliath. Visit GoliathsSpear.com to inquire about bringing the spear to your church. 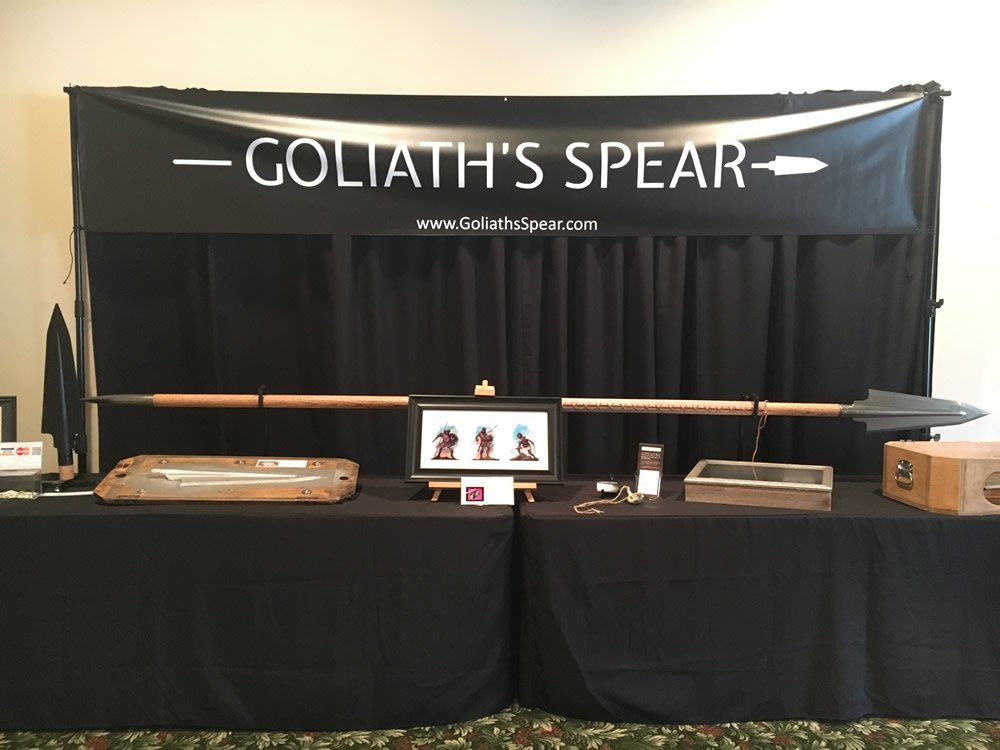