The Right Question About Death

Since starting construction on the now-finished Ark Encounter, we’ve heard from many secularists who have opposed the project. One group even tried to put up billboards calling it a “genocide park.” We sometimes hear the accusation that the Flood was an act of genocide. But in their worldview, can secularists honestly say this?

For secularists, death is a useful tool by which the process of evolution supposedly “improves” things.

You see, according to their beliefs about the past, evolution will kill everyone! For them, time and death equal evolution—given enough time, life can evolve from chemicals into you and me. This evolution is a supposed process involving death, death, and, you guessed it, more death. Really, evolution is what I call a religion of death. For secularists, death is a useful tool by which the process of evolution supposedly “improves” things. For evolutionists to be consistent (which they rarely are), they also need to mention their worldview of merciless “genocide,” since it kills every human (and every animal and plant and everything else). And it particularly targets those who are too weak to survive. There is no end in sight until we kill ourselves off or the universe does.

According to God's Word, death is an enemy (1 Corinthians 15:26). It’s an intrusion because of our sin (Romans 5:12). Evolutionists believe death has always been a part of life as long as life has existed.Secularists believe death is the end (or, as Bill Nye “the Science Guy” said to me, “When you die you’re done”)—a necessary part of evolution. But for Christians, death is not the end—the soul lives forever.

Furthermore, how can secularists accuse God of committing genocide with Noah’s Flood when they only have their own subjective opinions as the basis for their supposed morality? How do they even decide what’s right and wrong? Without the foundation of God’s Word, why is genocide wrong anyway? After all, evolutionists believe in the deadly process of “survival of the fittest.” But they know it’s wrong because they have knowledge of morality given to them by their Creator (Romans 2:15).

It's the wrong question to even ask why people died at the Flood. The right question is, Why does everyone die? Death comes to all because of our sin. Secularists accuse God of genocide because they won't acknowledge that our sin is the reason for death. Yet at the same time they won’t face the reality that they should be blaming their religion of evolution for death! 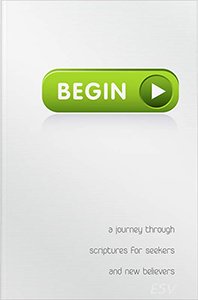 Man’s wickedness was so great that only eight people boarded the Ark—and they were saved (1 Peter 3:20). Secularists only choose to see a God who sent the Flood, but they don’t see that God also had Noah build an Ark of salvation and that man brought the Flood upon himself by being “only evil continually” (Genesis 6:5). But the good news for us today is that God also sent Christ to overcome death once and for all at the Cross! Evolution is a religion of death, but Christianity is a religion of life—through the death and Resurrection of Jesus Christ.

Learn more about this free gift of eternal life on our website or by reading Begin, a journey through Scripture for seekers and new believers, edited by my son-in-law Bodie Hodge and me. This book is available at our online store.

Previous Article Answers in Genesis Is Coming to Canada! Next Article “Your Ministry Has Played a Huge Part in Saving Me”