Impacting Thousands of Homeschool Families at Teach Them Diligently Convention

Change is only one generation away, and we’re on the precipice of catastrophic change in the United States as secularists, through means such as the media and education system, have captured generations of children. We need to capture them back for the Lord. Parents are key in training and equipping children in the Word.

Parenting is an enormous responsibility, and it’s my passion to help equip parents with resources to raise up a generation to stand firm on God’s Word. That’s what I was doing recently at the Teach Them Diligently homeschool convention in Rogers, Arkansas. 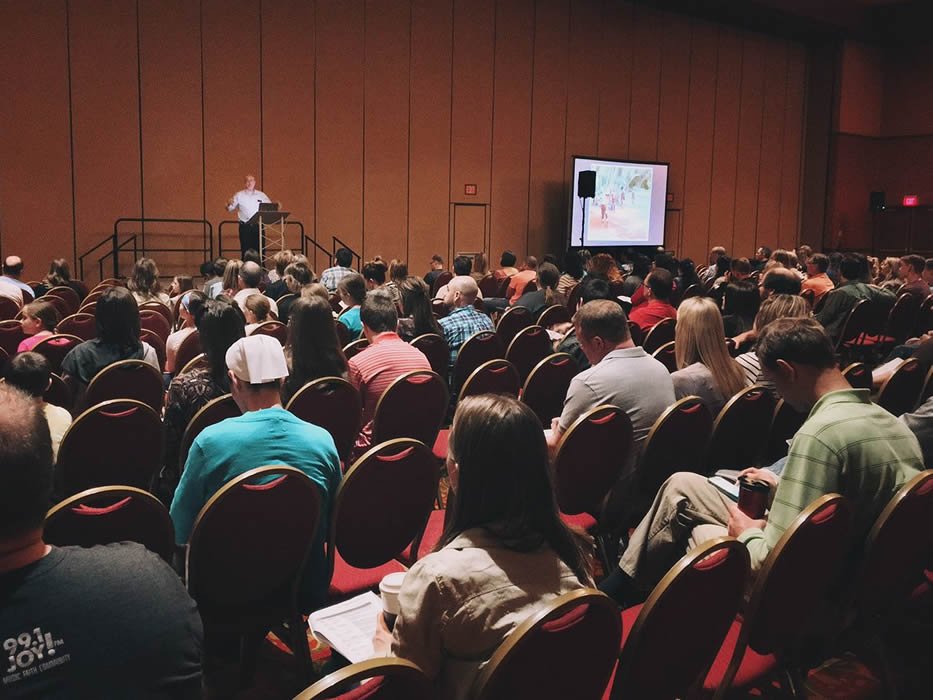 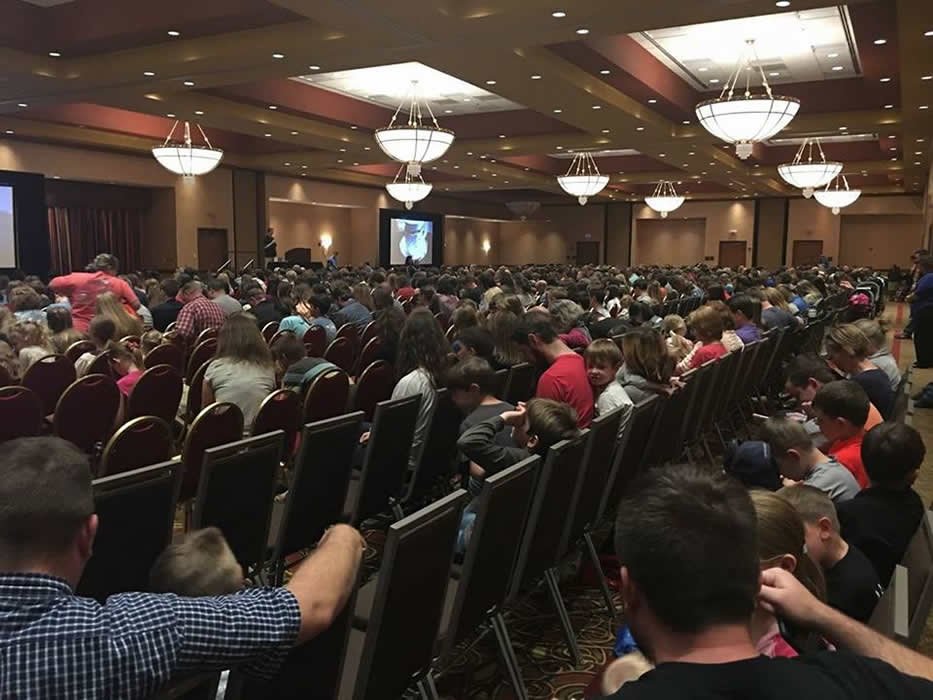 Teach Them Diligently is a homeschool convention that has four events this year. Two are finished, but the final two will be in Sandusky, Ohio, on April 20–22, 2017 (only 4–5 hours from the Creation Museum and Ark Encounter) and Atlanta, Georgia, on May 11–13, 2017. This homeschool convention upholds the authority of God’s Word and makes sure that all their speakers do the same. Between presentations, you can shop at various booths for homeschool curriculum, resources, and more. We were able to equip hundreds of parents with answers in the resources at our Arkansas booth.

You’re the one who gave me the missing puzzle pieces to my faith. . . . Everyone needs to hear your message. Thank you so much! 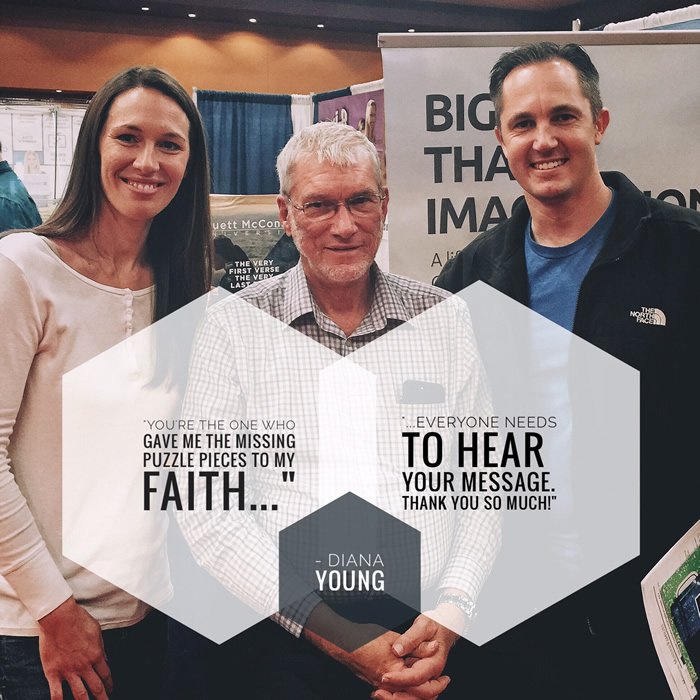 I would like to send another message of thanks to Ken Ham for his diligent work for the Lord. It amazes me how God has used him and how Ken has persevered through numerous attacks on his faith and character. I know his stand for the truth of God’s Word has been met with much opposition, and we are praying for him.

In God’s perfect timing, I was introduced to Ken’s ministry in my early 20’s. I had a lot of questions after high school regarding creation/evolution, dinosaurs, and where they fit into history. . . . questions that were not being answered by the church. In one of his seminars, he answered my questions boldly with scripture, and as I researched his work, my faith in God’s Word was strengthened. When our girls were little, we saw the decline in our society due to the lies being taught about evolution and millions of years, and knew that we were going to have to swim upstream instead of going with the flow. It starts in the home, and I am so very thankful we have the freedom to homeschool.

Ken’s work has not only steered me away from believing destructive lies that could’ve destroyed my faith, it has also aided me in teaching my children the Truth. We drove up from Prescott, Arizona, to attend his message Saturday morning at the conference in Rogers [over 1,000 miles each way] and also Sunday morning at Cross Church. He did an amazing job. His message is so relevant, and I pray that churches will wake up. God’s Word is being compromised in so many ways.

We visited the Ark last October. I could say so much, but for the sake of your valuable time, I will just say that I felt as though I had been given a breath of fresh, pure, 100%, Garden of Eden oxygen! I wanted to soak up every bit of the absolute truth presented in each exhibit, and did not want to leave! Kentucky, you don’t know how blessed you are to have this!

I will continue to pray for Ken and his beautiful family. We hope to attend next year’s conference in Nashville and go back to the Ark and Creation Museum! 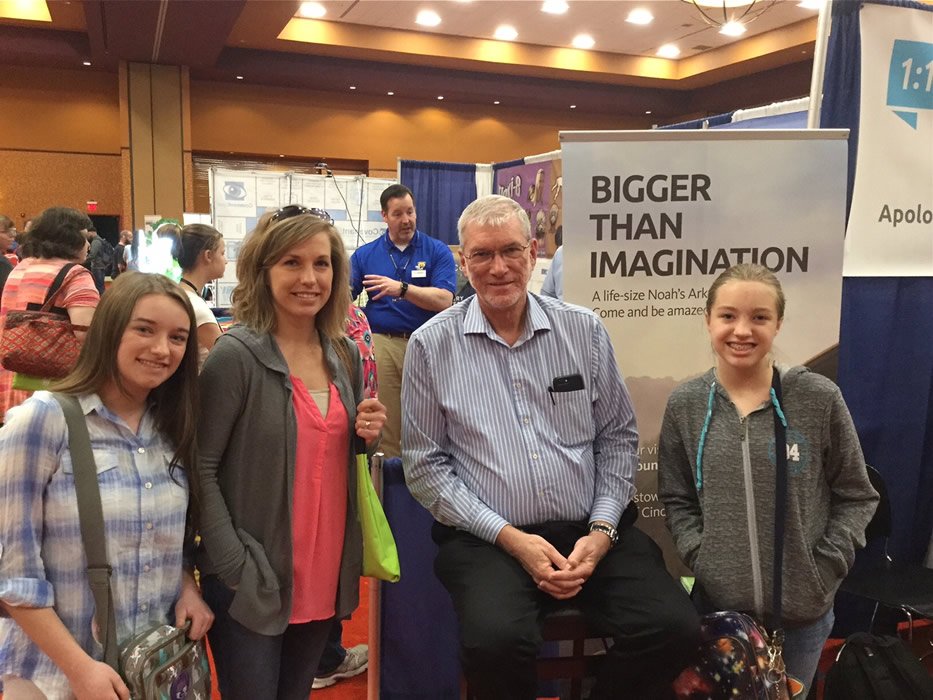 At the conference I did a Facebook Live video with my friend David Nunnery, who runs these tremendous conferences. You can learn more about Teach Them Diligently in this video:

Learn more and register for upcoming conventions at TeachThemDiligently.net.

Previous Article How to Witness to People Who Believe Other Religions Next Article What’s So Good About Good Friday?