Many Christians are ignoring what the Bible clearly teaches about the historicity of Adam and are embracing an evolutionary view of mankind. Yet Scripture clearly records that Adam was a historical person who physically sinned (Romans 5:12; 1 Corinthians 15:22)—a doctrine that is foundational to the gospel.

Well, on Friday, April 7, 2017, AiG’s research biologist Dr. Nathaniel Jeanson will be presenting at Southeastern Baptist Theological Seminary (SEBTS) on the historicity of Adam—and you can join him via Facebook Live. 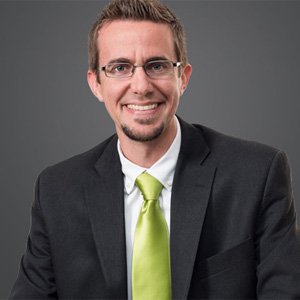 Dr. Jeanson, who holds a PhD in cell and developmental biology from Harvard University and is one of the contributors in our new book Searching for Adam, was invited to speak at the “Evolution, Genetics, and the Historical Adam Conference” being held at SEBTS. This will be a debate, of sorts, as Dr. Dennis Venema from BioLogos will also be presenting.

BioLogos, a name many of our supporters will recognize, is an organization seeking to promote the teaching of evolution and an old earth within the church. Dr. Venema is the coauthor of Adam and the Genome: Reading Scripture After Genetic Science (and that’s exactly what they did—they took the secular, atheistic interpretation of genetics, turned around, and read Scripture through that lens; this makes the secular interpretation the authority, not God’s Word).

I encourage you to attend the conference in person on Friday, April 7, 2017, if you live near Wake Forest, North Carolina, or join from anywhere via Facebook Live from SEBTS’s Facebook page.