FFRF is known to bully school boards, counties, or other places with the threat of a lawsuit if they continue praying or displaying a Christian symbol, or even allowing their students to hear about the Bible or Christianity. The president of one of the schools’ board of education said, “The biggest concern I have is the district. . . . I don’t want to drag the district through a lengthy financial battle.” Often it comes down to the cost—it’s expensive and time-consuming to get entangled in a lawsuit filed by a so-called civil liberties group, so many chose to just give in to the FFRF’s demands.

The Reason Behind the Hate

I’ve said it before, but it’s worth repeating: secular groups like the FFRF hate any mention of Christianity or the Bible in the public sphere, but they are okay with their religion of secularism, atheism, and naturalism being taught daily in public schools. Atheism is a religion, and it’s the dominant religion of the public school system, as well as many museums, the media, and secular higher education. It’s cleverly disguised as so-called “science,” but it’s nothing more than a religious worldview cloaked in scientific words.

Actually, it’s the FFRF that is going against the US Constitution.

Last year, the FFRF wrote to many government schools in Ohio, Indiana, and Kentucky, threatening legal action if any sent their classes to the Creation Museum or Ark Encounter on school field trips. Actually, it’s the FFRF that is going against the US Constitution. Public schools can send their students on school trips to the Creation Museum and Ark as long as they don’t endorse the Christian message and as long as the trips are done from an educational perspective. I doubt the FFRF would complain if students visited a mosque to find out about Islam—but as soon as mention is made to find out about the Bible and Christianity, the FFRF threatens legal action. It’s easy to understand why—FFRF is run by atheists who are against anything Christian in the public arena! 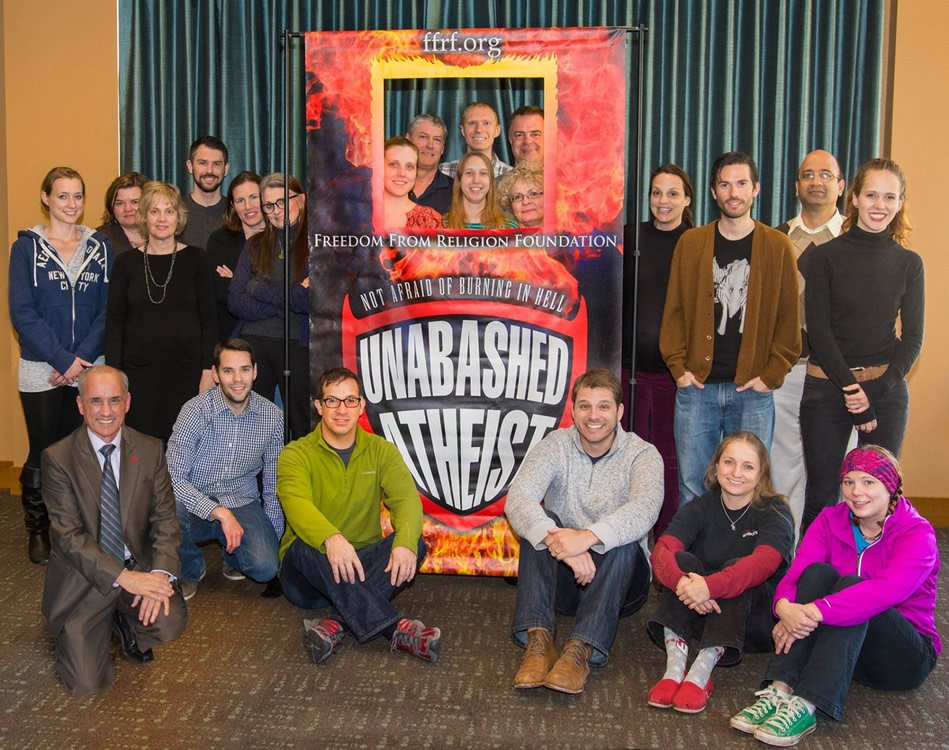 The Biblical Response to Hostility

As Christians, we need to remember that this world is not our home (Hebrews 13:14) and that it hated Jesus first (John 15:18), so we can expect to be hated. (Of course, the hate we experience here in America is on a much smaller scale compared to that experienced by other Christians in many places around the world.) Our responsibility—no matter what happens to religious freedom here in America—is to preach the gospel and make disciples of all nations (Matthew 28:19). It’s easy to despair and get frustrated as religious freedom is increasingly lost here in America, but the proper response is to be about the Father’s business, just as Jesus was, no matter what’s going on around us.

Of course, this doesn’t mean we shouldn’t fight to keep religious freedom, guaranteed citizens by the First Amendment. We can and should, and we at AiG are very thankful for the many legal groups that fight to preserve our freedom. But, while we stand up for our rights as Americans, we need to have a proper perspective and attitude—focusing on Christ and the true freedom that comes through the gospel.