Shoeboxes Deliver Hope Around the World

Every year Operation Christmas Child, a ministry of the Christian international relief organization Samaritan’s Purse, distributes thousands of gift-filled shoeboxes to children around the world who otherwise would never receive a gift. These boxes, packed by individuals and families, are filled with things like school supplies, hygiene items, and toys. They give hope to children in Third World countries and—best of all—Samaritan’s Purse ensures each child gets an opportunity to learn about the good news of the gospel of Jesus Christ in their own language.

The staff at Answers in Genesis collected shoeboxes for Operation Christmas Child. Kids get lots of presents and hear about the greatest gift of all: Jesus. 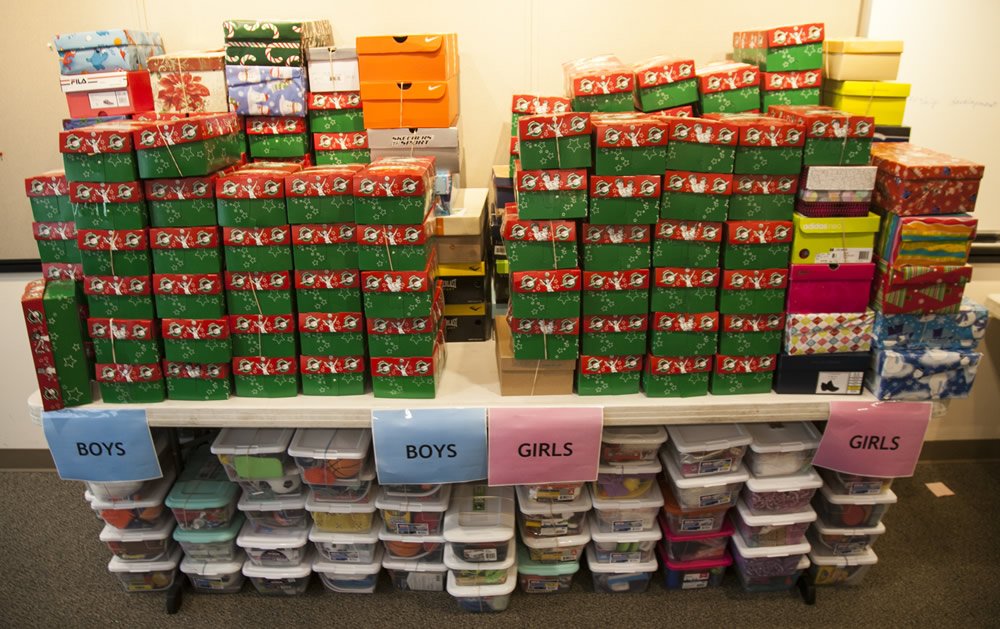 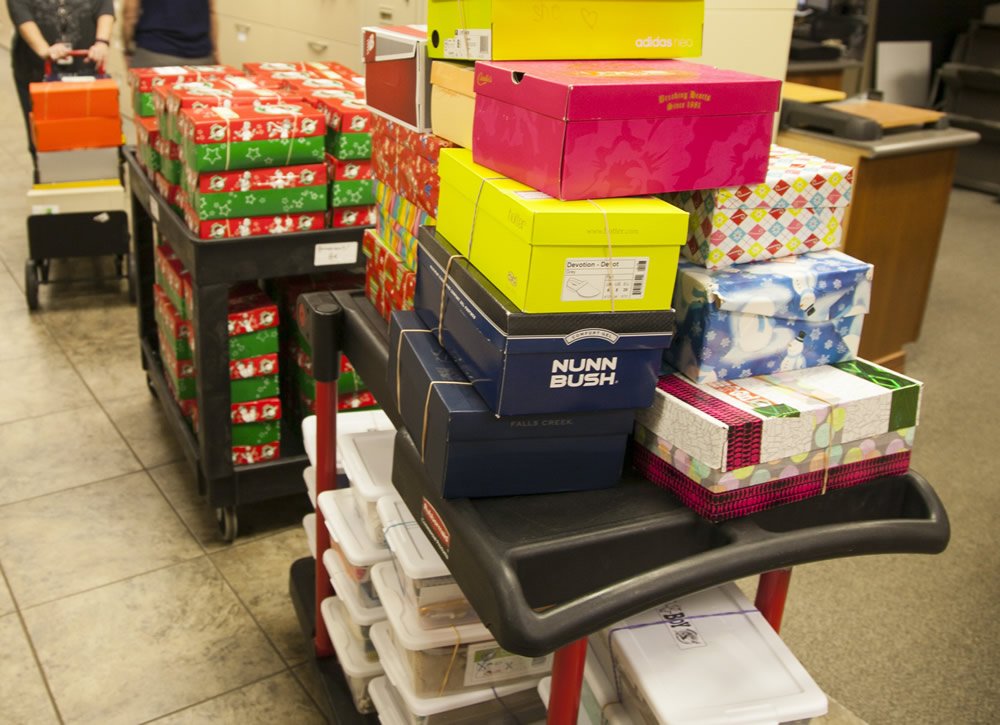 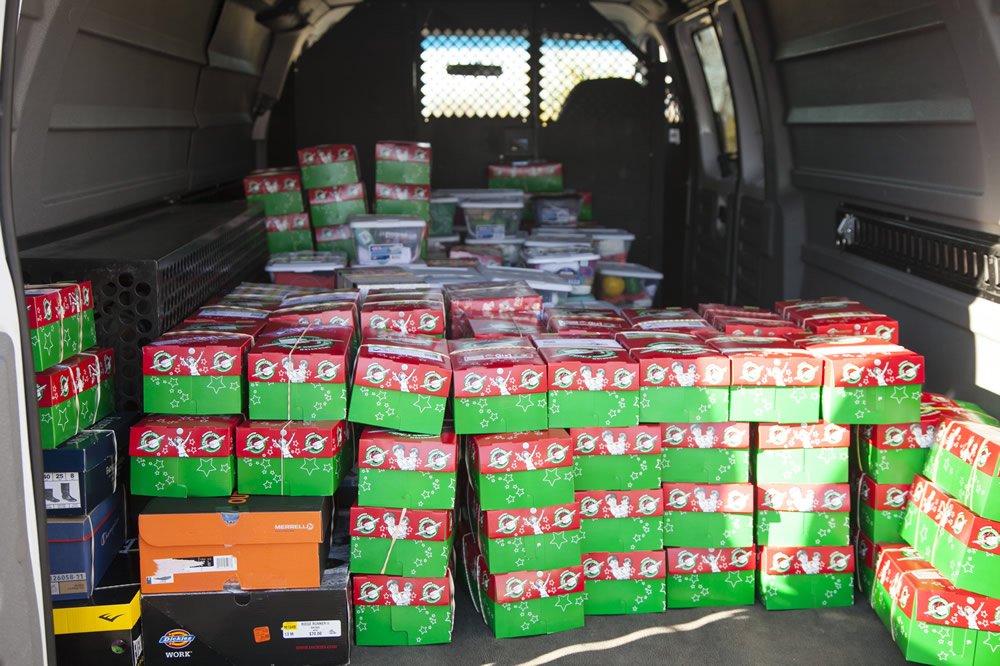 We are thrilled to support Samaritan’s Purse and to provide these shoeboxes for children all over the world. 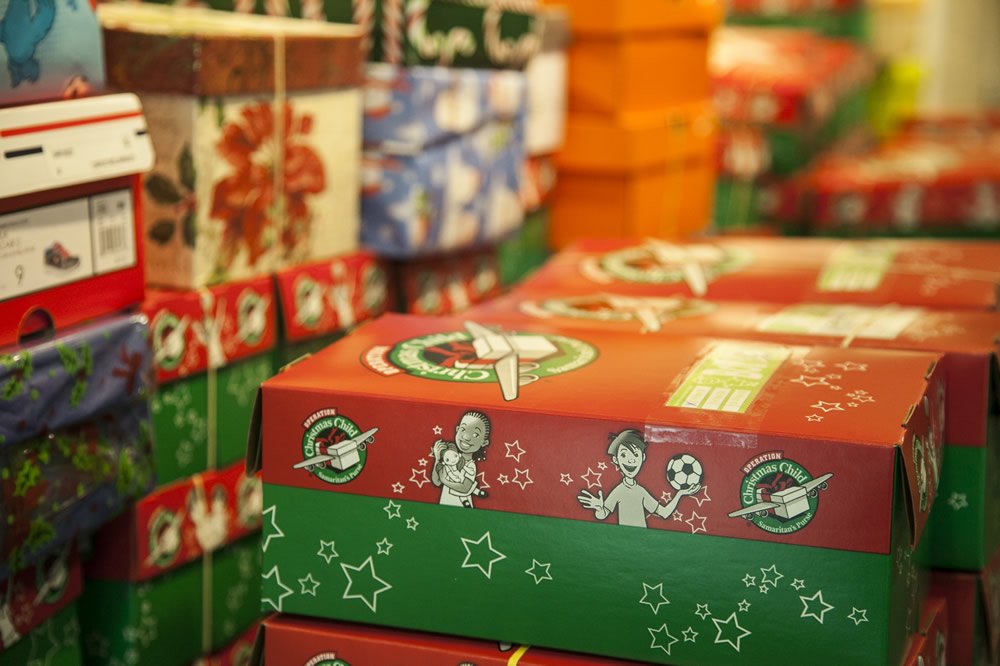 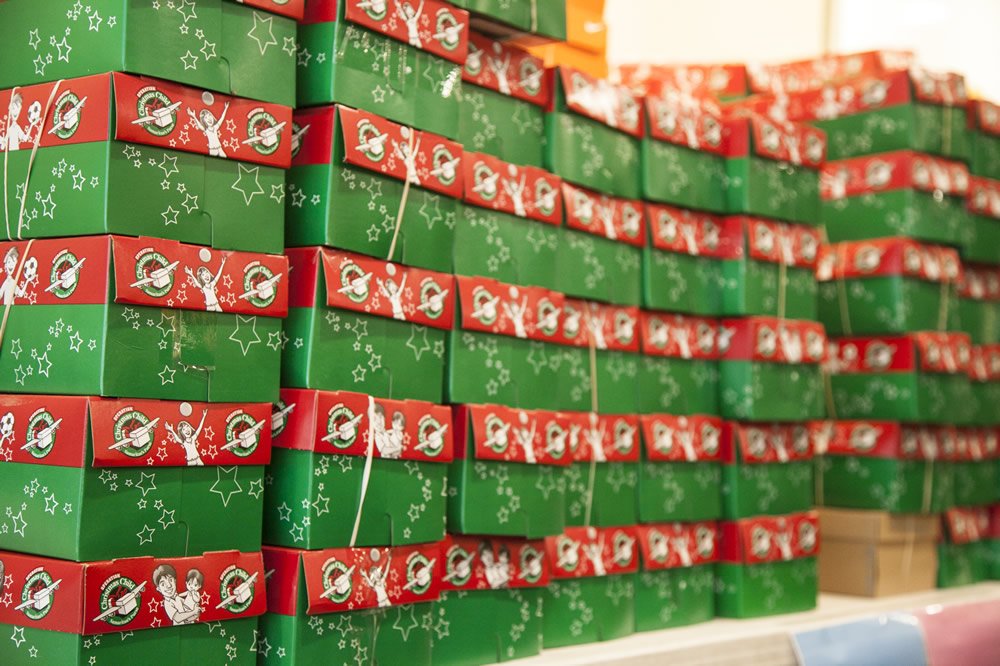 Operation Christmas Child has come against opposition this year from a secular group, the American Humanist Association (AHA), because public school students in Colorado were packing shoeboxes. AHA is upset because these shoeboxes are distributed with gospel literature, and through a federal lawsuit they want “to stop students from Colorado public schools from participating in making gifts with tags saying ‘opportunity . . . to faithfully follow Christ,’ claiming it violates the separation of church and state.” This highlights how intolerant secular groups are of Christianity. They want young people to be exposed only to their anti-God religion of atheism and humanism.* Yes, Christianity is under attack in this nation.

Though National Collection Week is over and the deadline for dropping off shoeboxes at their processing locations is nearing (December 16), you can pack a box—or have one packed for you—online year round. You can learn more about the shoebox ministry on their website.