Up until very recently, all giraffes were considered one species with up to nine subspecies. But new research in genetics claims there are four distinct species of giraffe—the southern giraffe, northern giraffe, reticulated giraffe, and Masai giraffe. Apparently these new species are genetically “as distinct as brown bears are from polar bears.”

These four giraffe species and the okapi are all members of the giraffe kind that God originally created. God designed each kind with a massive amount of genetic variability in their DNA. This incredible variety allows them to spread out and fill different environments all over the world (e.g., dogs in the desert and the Arctic). These new species may look a little (or a lot!) different from one another, but they are all still part of one kind and are genetically different from every other kind. These giraffe species confirm that they were created according to their kind. New species can form, but giraffes are still giraffes.

You’ll find sculptures of what the original giraffe kind may have looked like at our Ark Encounter, south of Cincinnati. 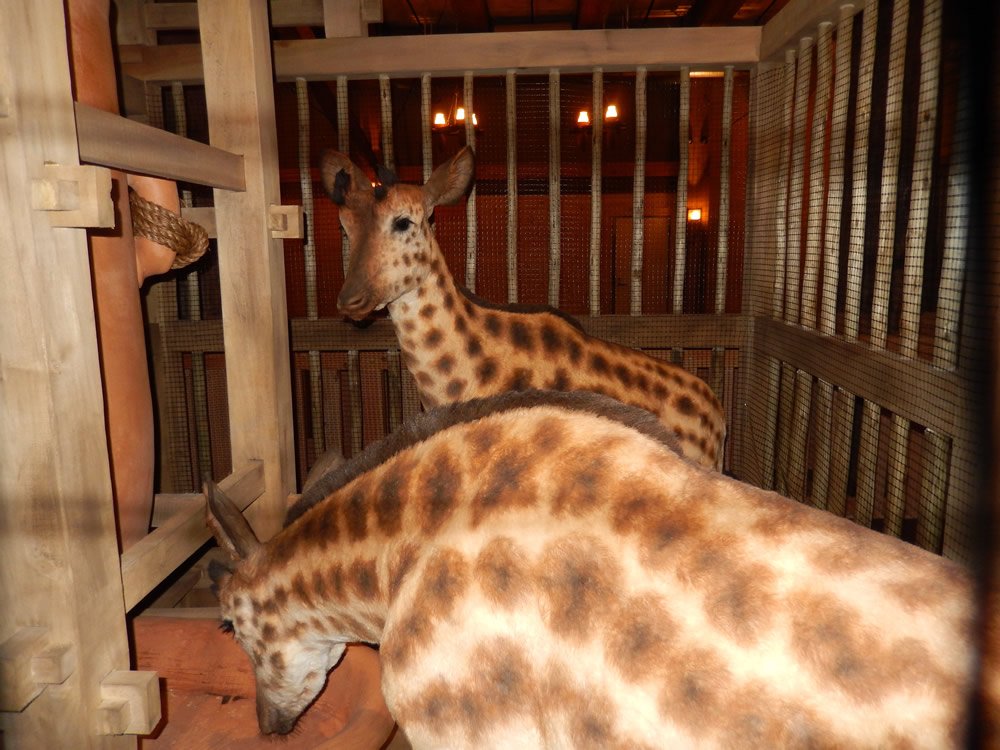 Dr. Nathaniel Jeanson, a researcher and speaker here at Answers in Genesis with a PhD from Harvard University, commented on the finding:

The recent giraffe study exemplifies a massive pattern of which few people are aware. “Species” as we understand them are very recent discoveries—because the tools by which we discover and identify them are new. When Charles Darwin proposed an origin for species, less than 1,800 of the modern mammal species were known to science. Global travel was much more difficult then, and genetics wasn’t even a field of science. Today, over 5,400 species of mammals are recognized.

Since Darwin was unaware of the existence of roughly two-thirds of mammal species, could he really talk about their origins in a persuasive way? Could he make enough observations to derive the answer to their origin? The history of classification—which reveals a massive increase in species numbers within the last 200 years—raises vexing questions about the heart of the creation/evolution debate.

You can learn more about the true origin of species and what genetics reveals in Dr. Jeanson’s article series, “The Origin of Species After the Flood.”