How do you make an ape-man? Well, take human skull bones, combine them with an ape’s jaw, grind down the teeth, and stain the pieces to look old. At least that’s how one scientific fraudster created a supposed ape-man known as Piltdown man. Piltdown man was widely accepted as a legitimate human ancestor for over forty years, and has been called “Britain’s Greatest Hoax.” The identity of the perpetrator or perpetrators has remained a mystery—perhaps until now.

For over a century the truth behind the fake Piltdown man has remained a mystery. Many people and combinations of people have been suggested as the culprits, including Sir Arthur Conan Doyle of Sherlock Holmes fame. In a new study scientists report that evidence strongly points to a single trickster, Charles Dawson, the man who introduced the “fossil” to the scientific community.

DNA recovered from the specimen shows the teeth and jaw belonged to an orangutan of the species found in Borneo, and the skull material came from two or three medieval humans. These teeth and bones were cobbled together and altered to give the appearance of great age to create Piltdown man. The authors of the Piltdown detective study also looked inside the bones using CT scans and X-ray tomography. In the bones they found gravel ballast apparently added to make the bones feel heavier and hence more robust and evolutionarily primitive, as well as to give the impression they had been long buried. The holes through which the gravel was added were plugged with pebbles and dental putty. The same sort of putty was used to cement the filed off orangutan teeth back into the jawbone. Because the same methodology was used to add forged touches to all the bones in question, researchers conclude the forgery was most likely the work of one man, Charles Dawson. Dawson’s private collection of antiquities also contained other forgeries. He has earned his place in the science hall of shame. 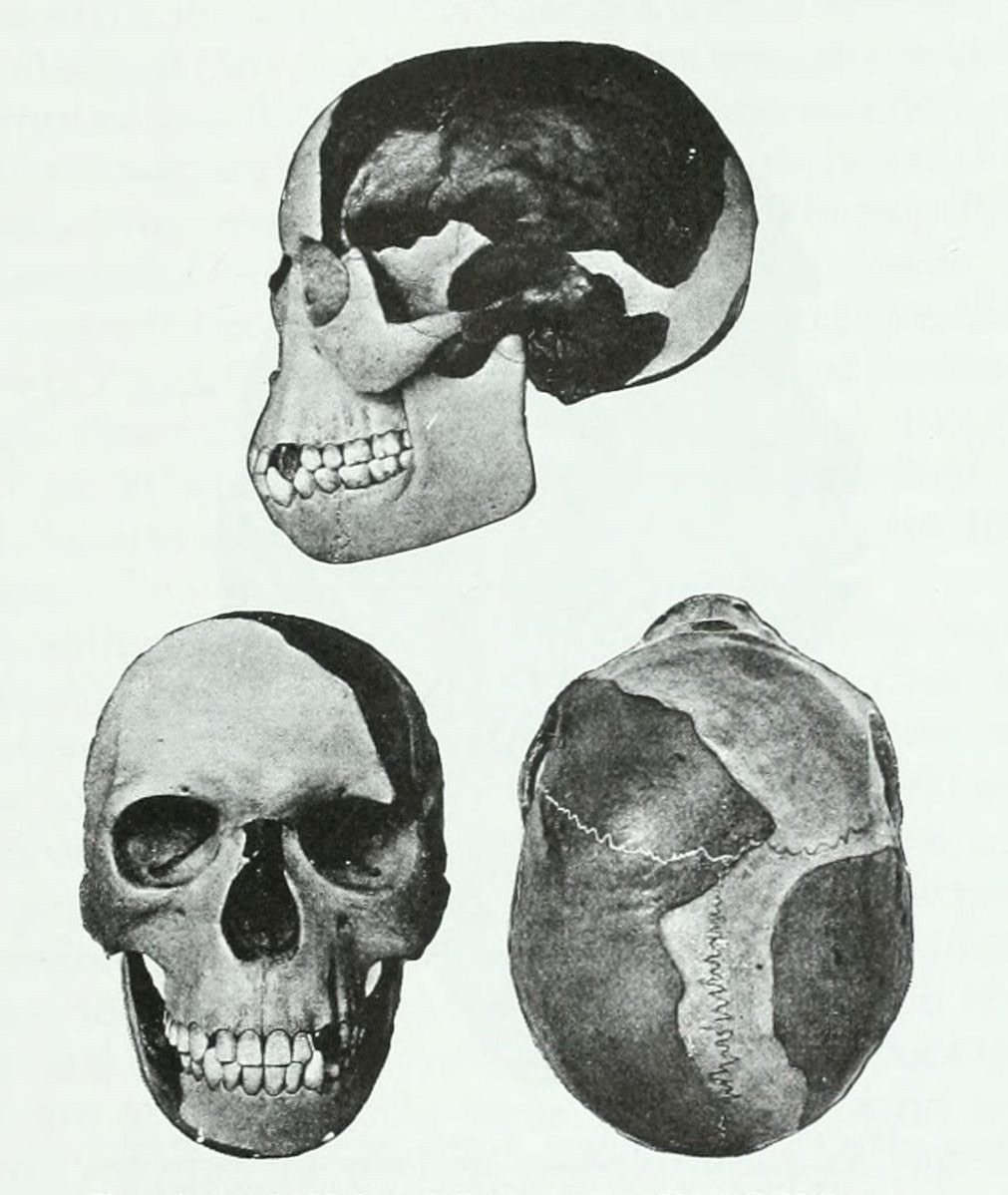 The Facts Don’t Speak for Themselves

Piltdown man represented what the scientific community wanted to see, and they saw it. And except for the pranksters, the scientists who accepted Piltdown’s authenticity did so in good faith. They were not being evil or deceptive or underhanded. They were just being human. All scientists are human and subject to the same frailties and faults as the rest of the human population. They interpreted the facts before them in accordance with their evolutionary expectations and their worldview. Likewise, all scientific findings are interpreted through the worldview of the scientist. . . .

What we see here is a marvelous opportunity not to gloat—for all of us are fallible and fool-able—but to point out to others that the interpretation placed on scientific findings always depends on the “lens” through which those facts are viewed. Because evolutionary scientists were so convinced “Piltdown man” proved what they wanted to see, they did not subject it to reasonable scrutiny for four decades. Even then, it was only the fossil’s failure to fit with newer evolutionary dogma—that teeth and tools supposedly evolved improvements before brains—that prompted a closer look. Furthermore, Piltdown’s defrocking does not substantiate those newer views of human evolution, which represent another set of fallacious interpretations superimposed on silent fossils. Piltdown man is not the first supposed human ancestor to fall, but like all the others—like “Nutcracker man” and “Lucy”—was replaced by new candidates.

One Hand, One Maker, One Signature

Notice why these scientists believe they’ve discovered that the Piltdown fake was the work of one man. The study’s lead author, Isabelle De Groote, says that Piltdown man shows “evidence of one hand, one maker, one signature.” It’s ironic that while careful study of common traits in the manufactured Piltdown man has pointed scientists to a single creator in this scientific hoax, evolutionary scientists don’t recognize the overwhelming evidence for one Creator in the genuine common designs we see in nature. These common designs point toward one hand, one maker, one signature—one Designer, one Creator God. Yet, due to their God-rejecting presuppositions, evolutionary scientists fail to recognize the fingerprint of the Creator on everything He has made—even though it should be obvious to them (Romans 1:20).

Why have scientists invested a great deal of time and effort to determine how Piltdown man was faked? De Groote explains, “Solving the Piltdown crime is still important now as it stands as a cautionary tale to scientists not to be blinded by preconceived ideas but to remain objective and to subject even their own findings to scientific scrutiny.”1 De Groote exhorts scientists to avoid being “blinded by preconceived ideas,” but it is evolutionary presuppositions that still lead evolutionary scientists to see evolving human ancestors in the genuine fossil record rather than the individual animals and people they actually recover. Biological science has never shown that ape-like animal ancestors could evolve into human, and the claims that they did are as spurious as Mr. Piltdown.

Learn more about supposed human evolution and how ape-men are made in Dr. David Menton’s humorous DVD presentation, Three Ways to Make an Ape-Man, available at our online store.