We had an exciting day at the Ark Encounter today! Bill Nye, “the Science Guy,” who debated me here at the Creation Museum in 2014, came for a visit. A few weeks ago I publicly invited Mr. Nye for a friendly tour and offered to personally show him through the Ark if he would come. We were excited that he accepted my offer—and our presence there together created quite a stir with other Ark guests. 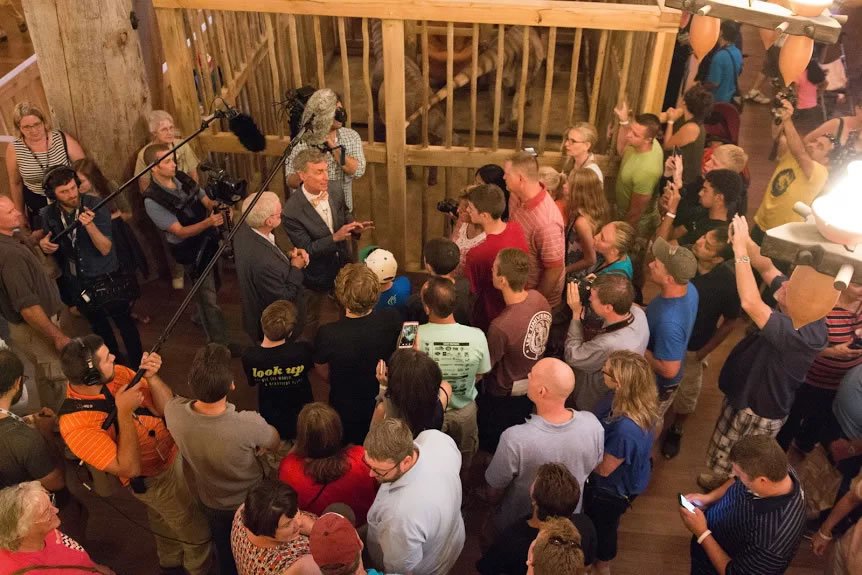 As we walked through the Ark, we had a very passionate discussion. It was like the debate all over again but more intense at times. Though it did get tense due to our differences in worldviews, it was an amicable visit.

Mr. Nye wanted to start his tour on the third deck where we discussed Flood geology and the ice core exhibit, which is part of the larger Ice Age exhibit. This display features a short clip from our debate of Bill Nye referring to ice cores in Greenland as an objection to the young earth view. In our exhibit I answer this objection; we even have a diorama to visually illustrate the answer. As we discussed geology and the Ice Age, our discussion turned toward worldviews. Ultimately, this is the heart of the issue—we have two different worldviews and two different interpretations of the same evidence because of our different starting points. 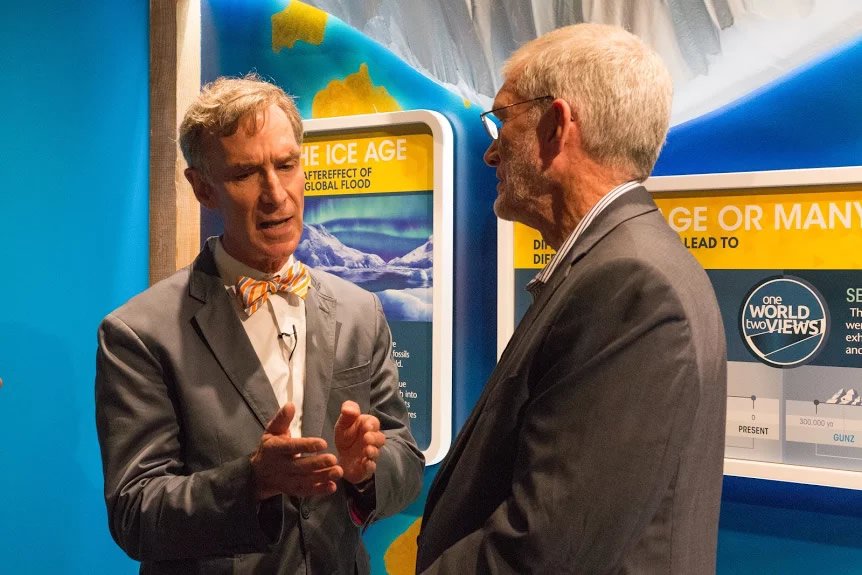 We’re glad Bill Nye took me up on my friendly offer to show him the Ark. During his visit I was able to personally share the gospel with him very clearly. On the first deck, I asked him, before a crowd of people including many young people, if I could pray with him and was able to pray for him there. Our prayer is that what he saw will have an impact on him and that he will be drawn to the gospel of Jesus Christ that is clearly presented at the Ark.