The Ark Encounter, featuring a life-size Noah’s Ark, is opening in just over a month on July 7, but it is already making waves in the national media! We’ve had a “flood” of media requests recently from reporters wanting to tour the Ark and interview AiG staff including me. Today, The New York Times, CNN, and USA Today are at the Ark. It’s certainly an exciting time around here!

Editor’s note (June 4, 2016): Nightline’s segment about the Ark Encounter has been postponed due to coverage of the death of Muhammad Ali.

Tonight be sure to tune in to ABC TV’s Nightline program for a segment about the Ark.

Nightline, an evening news program, sent reporter and news anchor Dan Harris to the Creation Museum to interview me when I debated Bill Nye “the Science Guy” back in February 2014. (If you haven’t watched the iconic 2014 debate in full yet, you can do so on our website.) ABC’s coverage of the debate was well done, and we trust that the Ark reporting that we will be watching tonight will also be generally fair and balanced. 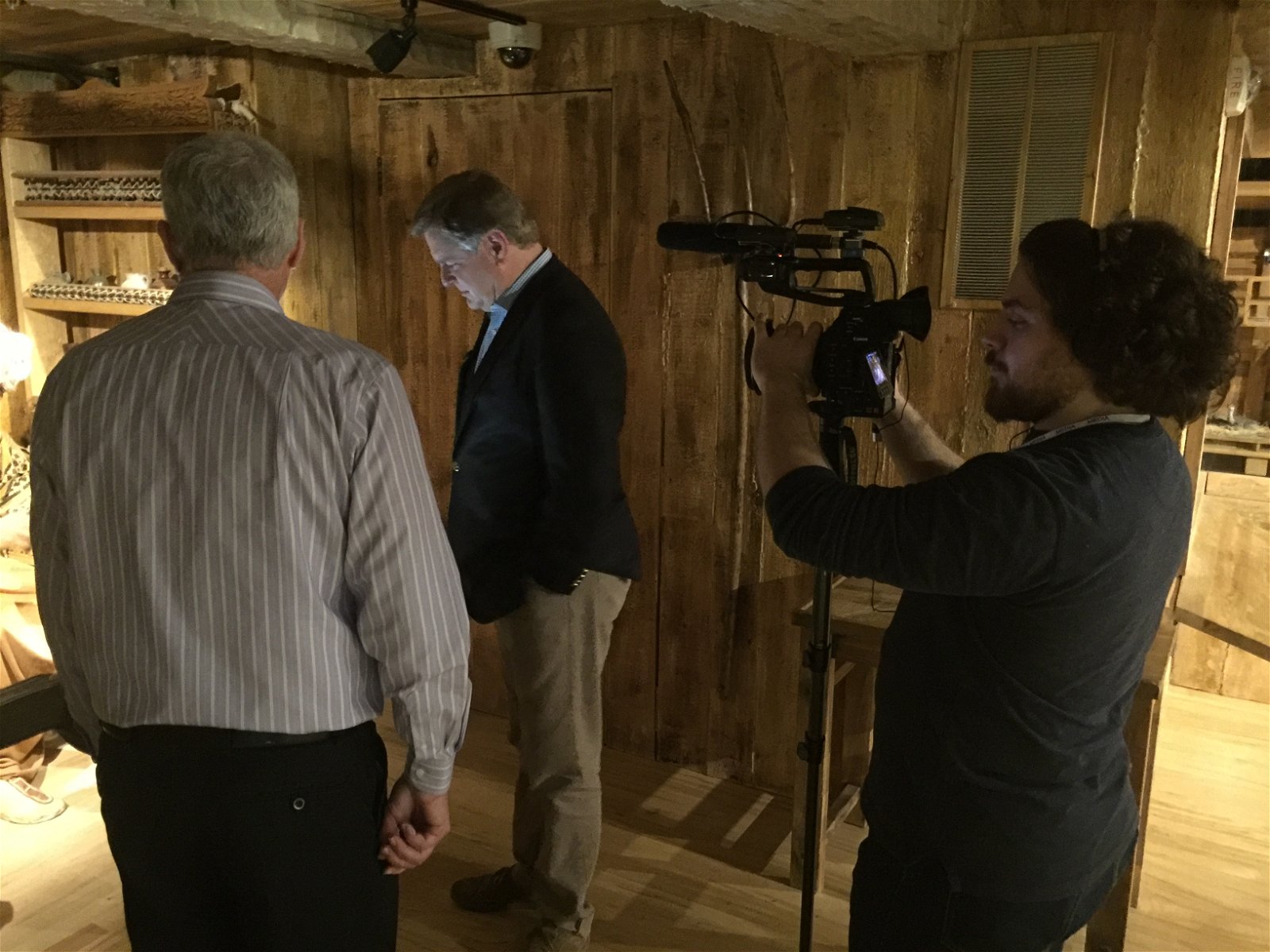 Recently, I had the privilege of giving ABC correspondent David Wright a personal tour of the Creation Museum and the Ark Encounter. Now this was back at the beginning of May, so as you watch the program tonight, you may see some older images of the Ark in progress. A lot of construction has taken place at the Ark site since this was filmed! It’s exciting to see the huge changes that take place daily as the workers and designers get everything ready for our July 7 opening.

I encourage you to watch the special Ark segment on Nightline tonight.

You can plan your trip to Ark Encounter at ArkEncounter.com.