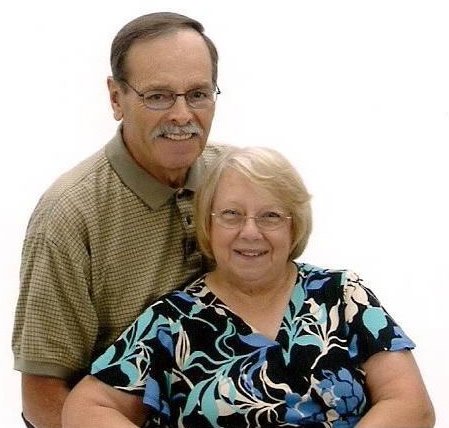 Over 2,000 miles away in California, I am sending my condolences to the Savage family of Northern Kentucky. John Savage passed away a few days ago and his memorial service was held earlier today. Back in the 1990s, John was an AiG volunteer. He was also a highly decorated Vietnam War vet (including two Purple Hearts). His wife Lois and daughter Kari worked at AiG for many years. A few of the AiG staff attended the service, plus my son Nathan and his wife Kristy, to show support for Lois and Kari, and John’s other daughter Kelli. At the end of the service, the song “Warrior Down” by AiG’s Buddy Davis was played for this military hero—I have been told that the music at the end was very poignant.

Here is a photo of John and Lois. Please pray for the family during this difficult time, and also for the non-Christians who attended the service, where the gospel was powerfully presented, especially from the book of Romans. Also, the family understands why we have death, suffering, and warfare in this world. I encourage you to read a booklet I wrote on the topic and an article by Tommy Mitchell called “Why Does God’s Creation Include Death and Suffering?”

Previous Article Student: “I have been lied to my whole life!” Next Article AiG College Expo: Choosing a Biblically Sound Christian College