Living in a Culture of Death

When does life begin? That question is a controversial one among secularists and even some Christians. And you know, the conclusions that many people have reached are disturbing and unbiblical—and they reflect the way our Western culture promotes death over life.

Recently Cecile Richards, president of Planned Parenthood, shared her view of when life begins. In an interview with Jorge Ramos, Richards explained, “For me, I’m a mother of three children. For me, life began when I delivered them.”

So, her children weren’t alive before she delivered them? A life isn’t a life two minutes before delivery, but two minutes after delivery, it is a living baby? This idea is not just horrific—it’s devoid of any biblical principles.

Scripture reveals that unborn babies are just as human and alive as we are—and that it is God Himself who forms us in the womb:

For You formed my inward parts; You covered me in my mother’s womb. I will praise You, for I am fearfully and wonderfully made; Marvelous are Your works, And that my soul knows very well. (Psalm 139:13–14)

We are “fearfully and wonderfully made” from the moment of fertilization. This doesn’t become true only after a baby is born. What’s more, God tells the prophet Jeremiah that he was set apart before he was in the womb:

Then the word of the Lord came to me, saying: “Before I formed you in the womb I knew you; Before you were born I sanctified you; I ordained you a prophet to the nations.” (Jeremiah 1:4–5)

Jeremiah must have been fully human then long before his birth. This passage even indicates that God considered Jeremiah a person and that he was known before he was formed.

Now, Dr. Albert Mohler, president of the Southern Baptist Theological Seminary in Louisville, Kentucky, wrote an excellent article on Richards’ view of when life begins. In it, Dr. Mohler points out that Richards’ belief “perfectly explains her advocacy of abortion at any time for any reason.” I encourage you to read his article.

Our Western culture has rejected the authority of God’s Word—especially when it comes to the issue of the sanctity of life. I urge you to pray for Cecile Richards and for all those involved in Planned Parenthood, that they would repent and believe the gospel of Christ.

Here is a DVD by Dr. David Menton of our staff (he holds a PhD in biology from Brown University) on the sanctity of life, and where he answers the question: when does a person begin? 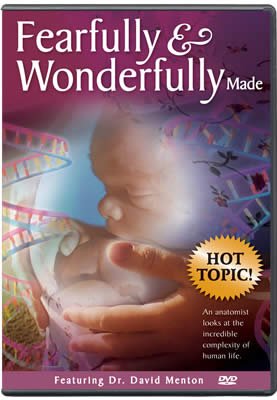 This blog post was written with the assistance of Steve Golden.