As many of you already know, CBN TV founder Pat Robertson does not agree with AiG’s approach to the Genesis account of creation. Robertson doesn’t believe in a young earth or that the book of Genesis is fully literal history. In fact, AiG writer and researcher Steve Golden wrote about Robertson’s apparent reference to my debate last month with Bill Nye “the Science Guy,” where Robertson referred to biblical creation as a “joke.”

With the recent success of the bond offer for the Ark Encounter, however, CBN has taken notice, as have so many media outlets. CBN News was (and has been) very fair toward us, despite the founder’s views! 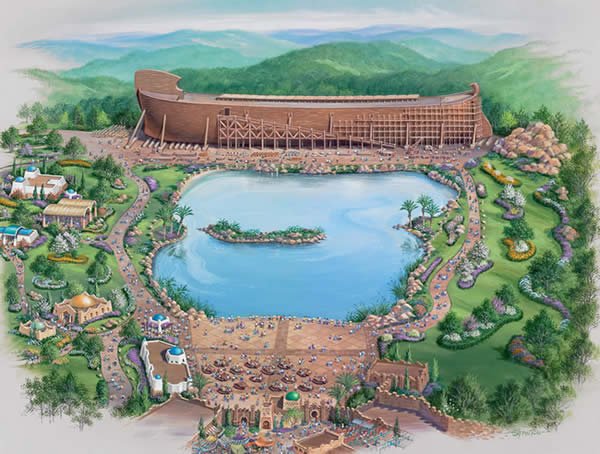 You can view the news segment on CBN’s website.

Really, when I hear Robertson speak about biblical creation, it’s apparent to me that even though he disagrees with the message of Answers in Genesis and the Creation Museum (and the message of Genesis 1–11), he really hasn’t done much solid research on the issue.

For example, in his video response to the debate, Robertson called biblical creation a “joke” and cited some erroneous “facts” (such as claiming that Bishop Ussher lived in the 1800s), all to teach his main point—that God supposedly used evolution (known as theistic evolution).

Frankly, Robertson could learn something from the reporter at CBN News who covered the Ark Encounter. While there has been a great deal of poorly researched reports on the Ark Encounter and the bond offering over the past couple of years, we’re thrilled to see a news story where the project is covered fairly and accurately.

Are you interested in learning more about the evangelistic Ark Encounter project, which will feature a full-size Ark in northern Kentucky? Or perhaps even supporting the Ark project financially? I encourage you to visit ArkEncounter.com for more information.