The Delaware Museum of Natural History in the USA has a new exhibit on evolution, and it aims to convince children that evolutionary ideas are true. The museum’s exhibit called “Charlie & Kiwi’s Evolutionary Adventure” assumes that dinosaurs evolved into birds and confuses observable genetic variation in birds with molecules-to-man evolution.

Now, I made the point in my recent debate with Bill Nye “the Science Guy” that there are two kinds of science: (1) experimental or observational science, which can be repeatedly tested and directly observed; and (2) historical or origins science, which deals with the past and cannot be tested or observed directly. The Delaware Museum seems to make the same mistake Mr. Nye and many other evolutionists do: they confuse observational science with historical science.

For example, the promotional website for the Charlie & Kiwi exhibit says that children will “find similarities in the skeletons of an Archaeopteryx . . . a dinosaur . . . and a modern-day crow.” They’ll also “change a dinosaur into a flying Archaeopteryx through an interactive game.” Of course, all of this is based on the assumption that dinosaurs evolved into birds—which is completely unproven and directly contradicts God’s Word! (Genesis 1 declares that birds were created before the land animals.) Sad, but it’s more evolutionary fiction being used to indoctrinate children against God’s Word.

The book of Genesis tells us that God created every creature “according to its kind” (Genesis 1:25)—meaning creatures also reproduce after their kinds. And, unlike molecules-to-man evolution, we can directly observe creatures reproducing after their kinds in the world around us!

Christians, the world is out to win the hearts and minds of our children. We have to watch carefully what they are being taught in schools, in museums, and in the media—especially on television. If your family is visiting a museum, zoo, or other attraction with evolutionary content, I urge you to use those times as an opportunity to teach your children how to respond to such attacks on the Word of God. And check out some of the creationist guides we have available in the AiG online store: 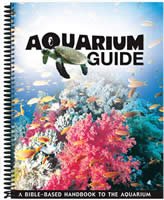 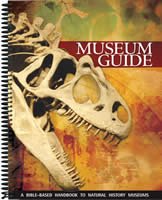 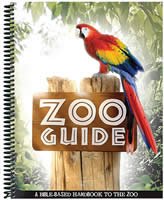 For 2014 our goal at Answers in Genesis is “Standing Our Ground, Rescuing Our Kids” (Galatians 1:4). To help you and others accomplish this goal, for this whole year we are allowing children 12 years old and under free admission to the Creation Museum. We also offer many other great resources to aid you, such as our new Answers Bible Curriculum. Meant for the whole family, this exciting and engaging curriculum will spark important conversations between you and your children. Equip your children with biblically based apologetics!

By now, over 10 million people have watched my origins debate with Bill Nye “the Science Guy." In what some people have called “Scopes II,” we have learned that in addition to the 7–8 million live viewers on February 4, another 2–3 million have watched the debate at debatelive.org or some other spot on the Internet. If you haven’t yet watched the debate, you can do so tonight on cable TV via C-SPAN 1 at 8:00 PM (Eastern Time). The debate has also been archived at debatelive.org and will remain there for several days for viewing, and at that website you can read several articles that rebut much of what Mr. Nye presented in the debate. 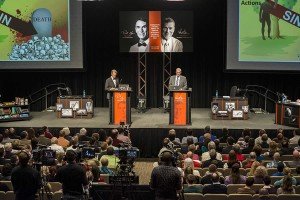 Steve Golden assisted in the writing of this blog post.

Previous Article God’s Word Honored and the Gospel Proclaimed Next Article A Code of Ethics for the American Atheists?