AiG gets involved in all kinds of outreaches to non-Christians, but we also have a large emphasis on reaching Christians who need to know how to defend the authority of the Bible in our secularized culture. Some of these outreaches to believers take us to surprising places, which gives us an opportunity to distribute faith-building AiG resources to so many people and also invite them to visit our Creation Museum for more teaching. It’s all part of disseminating information in an increasingly secularized culture and, in many ways, a lukewarm church. (Though, of course, there are many exceptions, with many churches that stand with AiG and are on fire for the Lord to reach people with the truth of God’s Word and the gospel).

Well, last month AiG was given the opportunity to be at the Christian Music Broadcasters (CMB) convention in Florida. We made some great radio contacts (our radio program is heard on about 700 stations), as well as getting to talk to some of the Christian musicians about the Creation Museum and inviting them to visit. Many of the musicians met with John Eytchison of AiG, including MIKESCHAIR, Kutless, Jamie Grace, Mandisa, Michael Tate (Newsboys), Colton Dixon (American Idol TV winner), and Ryan Stevenson.

Here are photos of some of the musicians (taken on a cell phone, so the picture quality isn’t great): 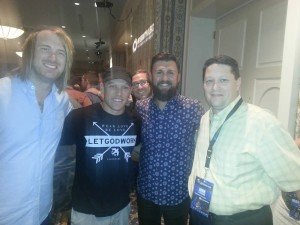 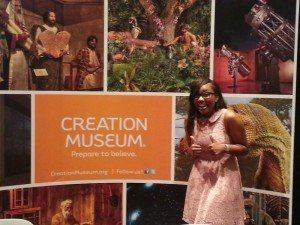 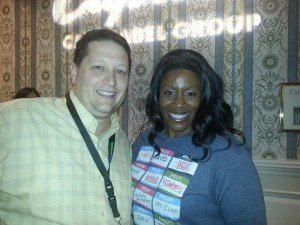 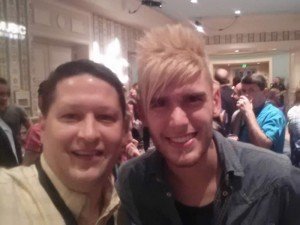 We have found that as some of these musicians come to the Creation Museum, they tell others about it and their effort helps bring in all sorts of people to the museum who would probably not have come otherwise. We try hard to influence those Christians who have great opportunities to influence others.

Of course, there are different viewpoints in the church about music. We praise the Lord that we can find ways to get information to young people in a variety of settings—especially with so many of them leaving the church (see my book Already Gone)—to see them equipped with apologetics teaching.

Immediately following CMB was the National Quartet Convention in Louisville, where John was able to make some great connections. We also met with the regional marketing representative from Compassion International, a ministry which helps sponsor children in third world nations.

AiG has had exhibits at many other special events. Several days ago, we participated at the 16th anniversary of Potter’s Ranch in northern Kentucky. It’s located about 20 miles south of the Creation Museum and is operated by some great friends of ours. We were there to promote the museum and the new zip lines. Here is a photo of our booth at this outdoor event: 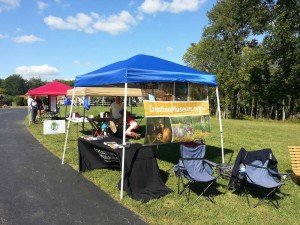 A few days later, we headed to Atlanta to participate in an employee event at the Chick-fil-A restaurant headquarters. During any one year, AiG has staff that will man booths at church conventions, homeschool fairs, concerts, and many other places. We are working hard to ensure that people know they can get a wealth of information from AiG concerning the truth of God’s Word and how to defend the Christian faith.

Last month when I was out of town, the museum welcomed the Aldredge family all the way from Rockport, Texas. Their journey to the Midwest was primarily due to their desire to visit our Creation Museum and also to thank our staff for the Answers Bible Curriculum we had produced—which has been a great blessing to their family. They wrote to us later:

We all love the Answers Bible Curriculum and eagerly look forward to each weekend to use it. We have wanted to come to the Creation Museum even before it was open! I had really built it up in my head, but it was still even better than I imagined. We stayed all day at the museum. We are so thankful for AiG!!

Here is a photo of the family at Noah’s Café inside the museum: 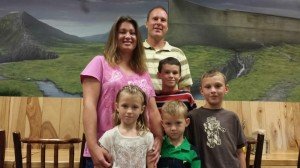 Previous Article Who Is Dan Phelps? Next Article “The Same Quality You Expect from Disney World”